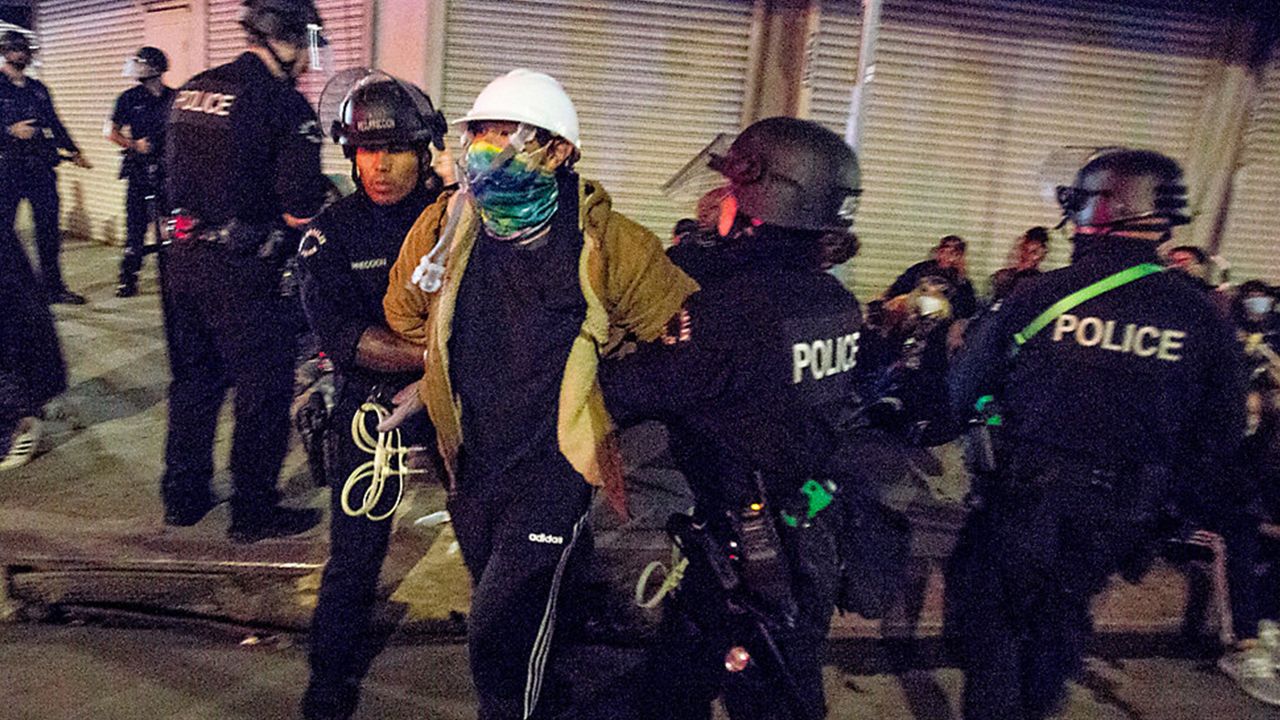 Film Documents Distrust Between LAPD and Black People Before 1992 Uprising

Let It Fall: Los Angeles 1982-1992 is a film that chronicles the distrust between L.A.'s Black community and police in the decade before the Rodney King riots. The documentary’s director and producer, John Ridley, said LAPD officers in the late 1990s did “not see people in Black and brown communities as people.”

Ridley said Let It Fall highlights good and bad cops, which gives members of the audience the freedom to form their own opinions about LAPD officers.

“It’s not me or anyone saying, ‘Here’s the difference between a good cop and a bad cop,’” Ridley said. “This is more complicated than just a banner or sign. We know things need to change. We know we can't ever have another 8 minutes and 47 seconds like happened several weeks ago. But at the same time, we've all got to come together. We all have to be part of the solution.”

Black Lives Matter protests continue across the U.S. more than one month after a Minneapolis police officer suffocated and killed George Floyd, an unarmed Black man, by kneeling on his neck for nearly nine minutes.

“Tens of thousands of people, day after day -- Black, white, straight, gay, Christian, Muslim, Jewish, every background around the world -- are saying, ‘We need to stand up so we can take a knee, and take a knee in the right way.’ We have arrived unfortunately where we are because far too often, the marginalized communities have to make change over grave sites. But change is happening, and you can’t put that back in the bottle, you can’t put that back in the tomb.”

Ridley said Let It Fall can enlighten people as to what policing is like in-between the big moments that make the news.

“I will say this: When do you really hear about police officers? When they do something horrible like kill Mr. Floyd, or when they're killed in the line of duty. So what’s in the middle of all of that? Officers who are trying to do their jobs, officers who are just trying to be responsible to their communities,” Ridley said.

"When do you really hear about police officers? When they do something horrible like kill Mr. Floyd, or when they're killed in the line of duty."@LetItFallMovie is about @LAPDHQ between 1982-92. Director/Producer John Ridley said the film shows the complexities of being a cop. pic.twitter.com/dPYUoComzp

Daryl Gates, who was an LAPD chief from 1978 to 1992, told the L.A. Times in 1982 that Black people were disproportionately killed with chokeholds because “when it is applied the veins and arteries do not open as fast as they do in normal people.” When corruption and racism starts at the top of the police structure like it did with Gates, Ridley said the rest of the department usually follows suit.

“If you are a lower ranking officer and you see other officers who are not ‘good cops,’ who are not following rules, but you know at the very top they don't care, are you incentivized to stand up, or do you know that you're going to be ostracised? In an environment like that, it's so easy to set the tone for what other people say or do or how they fear speaking up. It's no wonder that you have blue walls,” he said.