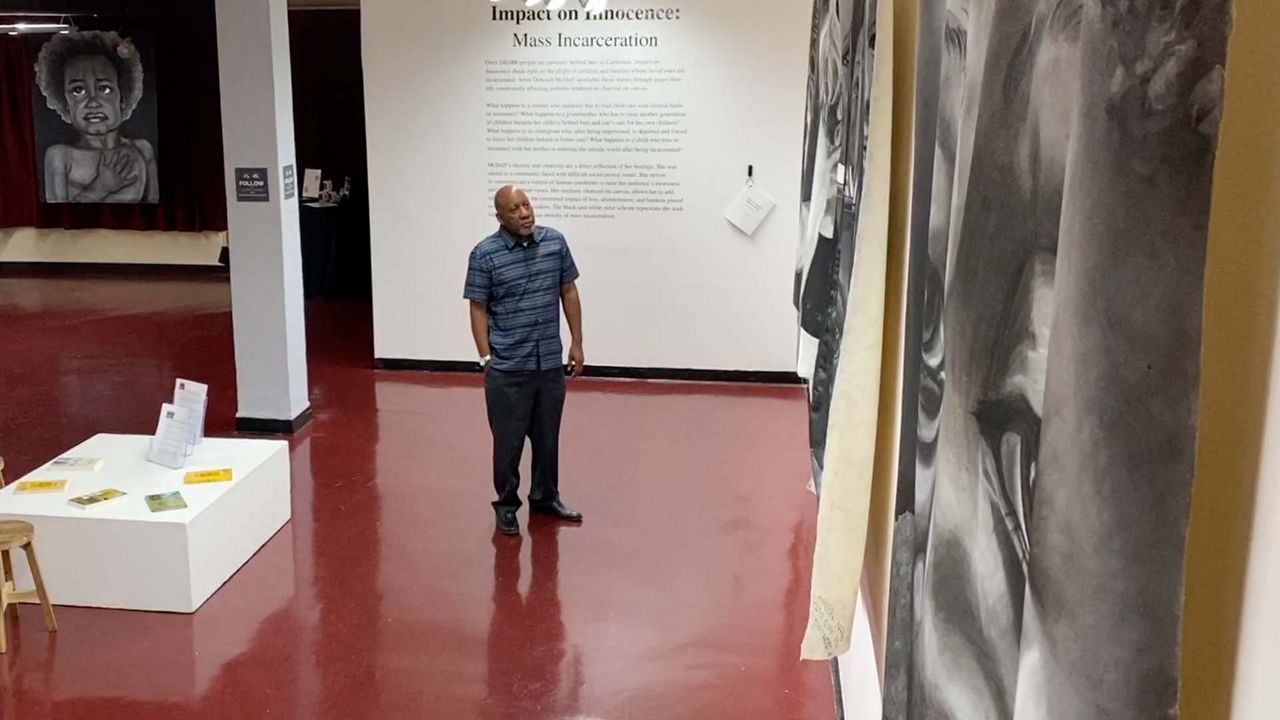 He has been watching the recent protests and Black Lives Matter demonstrations with both awe and heartache, he said.

Rice said he is inspired by those marching for justice, but crestfallen by the events surrounding George Floyd’s death at the hands of Minnesota police.

“I’ll never get used to it. But this has been going on since I was a kid. Fear of the police,” Rice said. “When you face the injustice that blacks have faced in this country, rioting is sometimes the only way that it feels you’re heard.”

Rice is an expert in the civil rights movement and serves as archivist for the Tom and Ethel Bradley Center at California State University, Northridge. The walls leading to his office are filled with photos of Martin Luther King Jr.'s visits to Los Angeles. The photos hold deep meaning for him, he said.

“You have people who believed in what this country aspired to be,” Rice said.

The recent protests sparked at an interesting time for Rice, who has been working on his doctorate in history and chose to write his dissertation on the “Black Power Movement.”

Originally, he was going to write about the rise and fall of that movement and now he feels the crusade for black power has never been stronger, he said.

For Rice, the movement represents a moment of light and hope for real change when the history he has studied has been filled with so much darkness.

“It’s surreal to be writing about it and it’s overwhelming at times,” he said.

To inform his writing, Rice said he has been taking in as many narratives of the civil rights struggle as he can and searching for the lessons that can be applied to the future.

Rice serves on the Board of Directors at the Museum of Social Justice in downtown Los Angeles. The museum currently has an exhibit on mass incarceration, which Rice said disproportionately affects black men more than other ethnic groups.

“We don’t take a side when it comes to our exhibits. We just hope you leave wanting to learn more,” Rice said.

He hopes the push for racial equality also takes a hard look at prison populations and how we enforce laws in this country.

“For the most part the experiment called the United States is not as bad as some other places. but I have to pray for it every day,” Rice said.

When asked who he would define as the central leader of this generation’s battle for social justice, he instead poses this question: “Isn’t the leader of the country supposed to do that?  I think that would be very presidential.”

But he also believes when the calls for accountability are as loud as they are now, they take on more power than any single person and Rice said he hopes they will go down in history as real change.