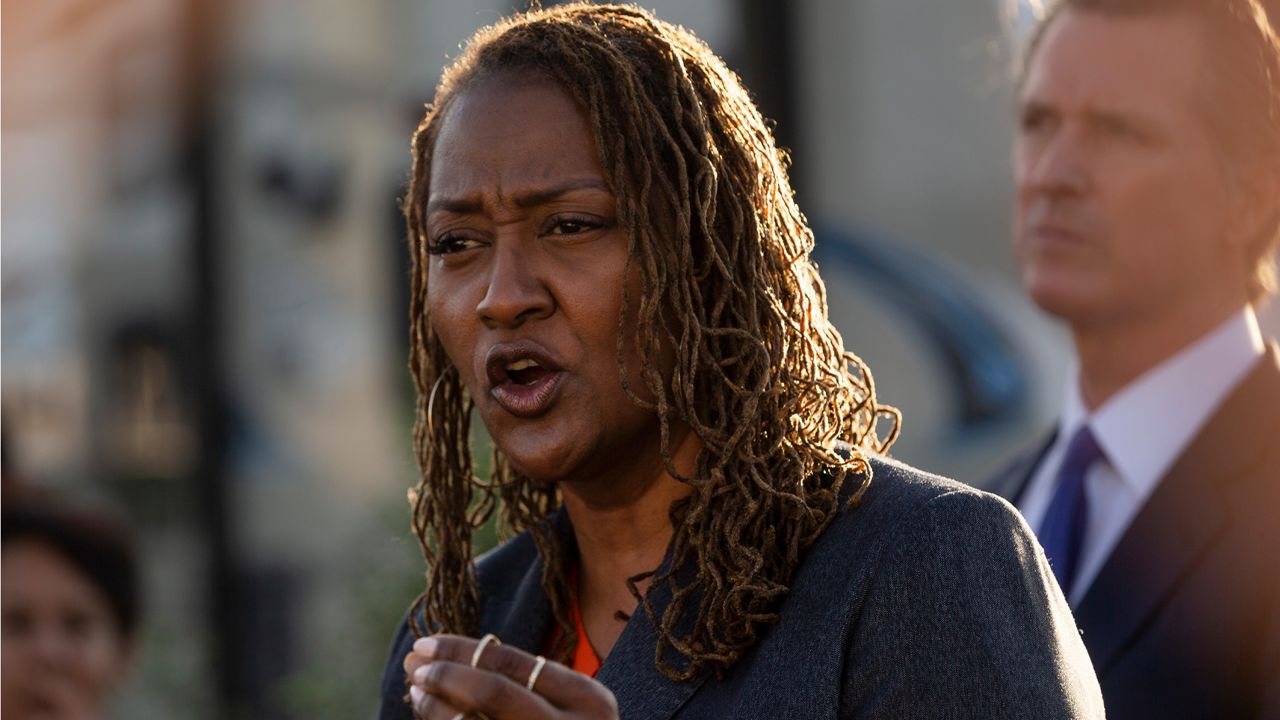 State Senator Holly Mitchell, D-Los Angeles, is a member of the California Legislative Black Caucus, which was established in 1918 when Frederick Madison Roberts became the first Black person to be elected to the State Assembly. Sen. Mitchell said she’s proud of the bill package the caucus is pushing forward right now.

“We have a rich history of progressive legislation geared to improve the lives of Black people in California quite frankly, and we have passed historic pieces of legislation,” she said.

ACA 5 by Assemblymember Dr. Shirley Weber focuses on providing opportunities for Black-owned businesses and Black students, as well as women and other minorities.

“Prop. 209 changed the dynamics of public education and public contracting with minority women-owned businesses in this state, and so we're looking at ACA 5 to create the opportunity to put the question of affirmative action back on the ballot, now 20 plus years later for the voters to choose,” Mitchell said.

Affirmative action is the practice of prioritizing individuals belonging to groups that have traditionally been discriminated against for certain opportunities.

ACA 6 by Assm. Kevin McCarty aims to restore voting rights for the formerly incarcerated and those on parole.

“There's several bills going through the process. One is carried by a member of the Latino Caucus, Assm. Jose Medina, that talks about ethnic studies in both high school and college,” Sen. Mitchell said. “We talked about the lack of information about the true history of the African American in our country. Ethnic studies being a requirement in school we think is really, really important.”

Sen. Mitchell said these bills could be “real fundamental game changers” in the fight against anti-Blackness in the U.S.

“So many people expect me to respond as the state senator, as a legislative leader, perhaps even as a community leader, but I too… have very deep personal feelings as a Black woman in America,” she said. “That was a protest I went to not as a state senator but as a Black woman who was a mother of a young African American male, who will be 20 in August.”

At the march, women talked about their experiences, and some mothers said they have lost children to violence.

“Not another woman's child should be victimized based on the color of their skin by law enforcement,” Sen. Mitchell said.

"Not another woman's child should be victimized based on the color of their skin by law enforcement."

Sen. @HollyJMitchell attended a women-led Black Lives Matter protest in Sacramento. Many mothers talked about their experiences, and some of them have lost children to violence. pic.twitter.com/B7u0XUSS0l

Sen. Mitchell recently published an op-ed titled “Fed Up.” She wrote about the Black Lives Matter movement and what it means to her as a lawmaker and Black woman in America: “It’s not fair to place the burden of solving this crisis on the backs of those whose very lives are at stake. My constituents deserve courageous leadership. To me this looks like prosecuting law enforcement who murder our people, diverting funding from our state, county and city budgets from failing criminal justice systems, investing in our communities, and making it a non-negotiable for our public leaders and public departments to be culturally competent, inclusive, and truly respectful of all people.”

Sen. Mitchell said she was thankful for the opportunity to write “Fed Up” because it let her be quiet with her thoughts and put them down on paper.

“I heard a quote just this past week that racism is a pre-existing condition,” she said. “With COVID-19 and now this current sense of unrest, our acknowledgment of the role white supremacy and anti-Blackness is playing in our country this really an interesting moment where those two issues have really kind of come together. And it's the same community time and time again that's negatively impacted.”

Sen. Mitchell lived through the Watts Rebellion in 1965 and the L.A. Uprising in 1992. She said the Black Lives Matter protests we’re seeing today are unique from those two events.

“What is different this time is the overwhelming global understanding that we have a problem and our collective agreement that this won't won't be a mere season, this won’t be a singular event, but it is a movement that affects change,” she said.

Sen. Mitchell said the U.S. falls short behind other countries because we can’t have difficult conversations about anti-Blackness.

“Many of my allies even have difficulty in figuring out a way that is relevant to have the conversation today. You often hear people say, ‘Well, slavery was X number of years ago. What’s the problem now?’ And there's a lack of appreciation and understanding and value of what that moment in U.S. history did to a people, Black people and everyone else, in terms of having suffered through it and those who are in denial about their responsibility for it.”

The Black Lives Matter movement has prompted many white people to try to learn more about racism in the U.S. Eso Won Bookstore in Leimert Park is reporting record sales. It’s sold out of the book How to Be an Anti-Racist and has hundreds of back orders.

“People are trying to read, educate themselves, and understand true American history, not what many of us have been fed in our textbooks, and I don't know that we saw that happening in those last two experiences,” she said.