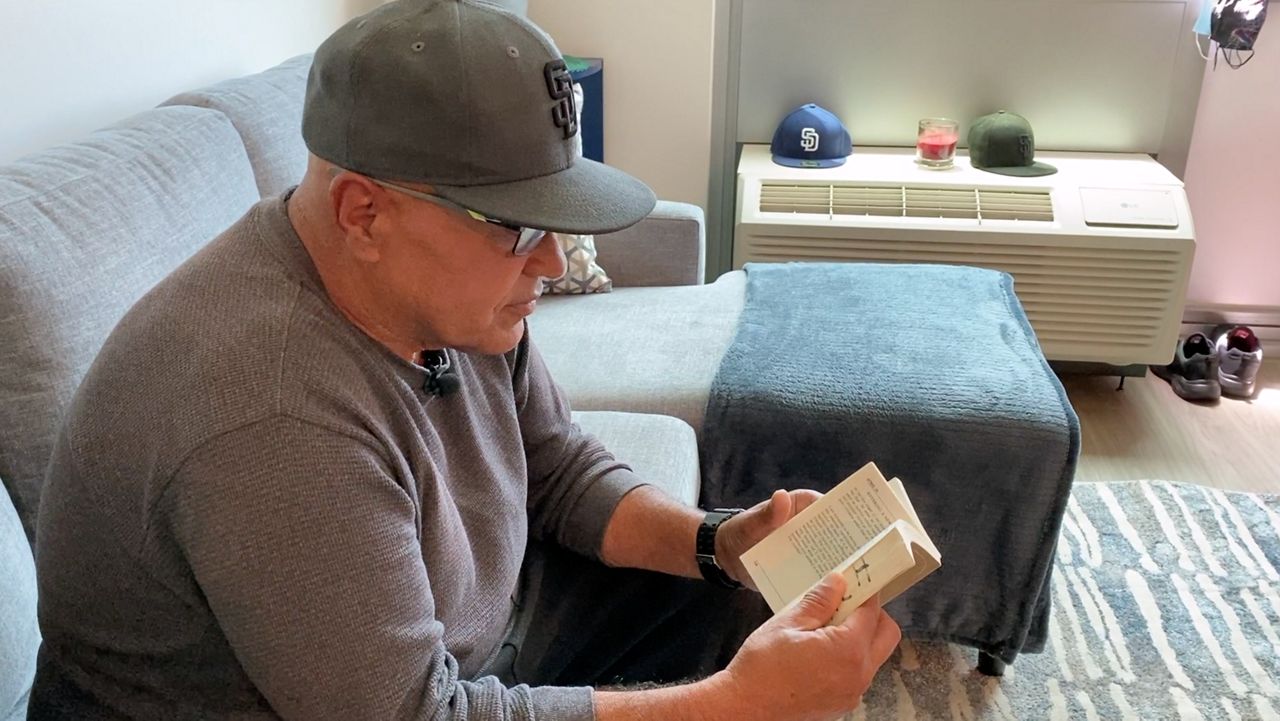 SAN DIEGO — Albert Zuniga will never take for granted the little things like unlocking his door and making his bed.


Zuniga lived on the streets for years, battling addiction and getting into trouble. After years of struggling, he finally accepted help and now has his own studio apartment in Saint Teresa of Calcutta Villa, with a view over San Diego's East Village neighborhood.

His apartment building is one of the newest affordable housing developments from Father Joe’s Villages, an organization working to end homelessness.

Deacon Jim Vargas said they were able to make every apartment affordable housing thanks to San Diego’s Affordable Homes Bonus Program, a program that gives incentives to developers to increase housing density, allowing them to build more units in exchange for setting aside a percentage of the units as affordable housing.

"The building itself has five different gardens. Everything is in bloom, I love it,” Vargas said. “Building a sense of community is extremely important. We want people to feel that this is their home, which they can share it and they can enjoy it with their families, with their friends.”

Vargas noted that most of the 407 units here are studios, with some one and two bedrooms. Rent is a sliding scale based on a person’s income.

“My hope and my prayer is that others, other developers will look at this as a model and will say hey you know what, let’s do something similar, we need so much more affordable housing in general,” Vargas said.

Housing experts said the rising cost of buying or renting a home is largely due to a lack of housing to accommodate population growth.

Colin Parent, with Circulate San Diego, recently published a report highlighting the success of the Affordable Homes Bonus Program. Since it was implemented in 2016, it has been used in projects creating over 6,000 homes. In 2020, it was extended statewide and signed into law for all of California.

“The reality is, we need more affordable homes everywhere in San Diego," Parent said. "We have way too few homes for the amount of people who need them and, in particular, for people who are the most disadvantaged who have the hardest time finding a place to live. We especially need permanent affordable homes to make sure that they have a safe place for them to sleep and to live their lives.”

Parent calls it a Costco effect: You get a little extra with the same amount of money.

“We really do have a deficit both of market-rate homes and of affordable homes, and what’s great about the Affordable Homes Bonus Program is that it encourages more of both,” Parent said.

Zuniga said he has so much more peace in his life now and he is making the most of his second chance.

"This is my little piece of heaven on earth, you know."