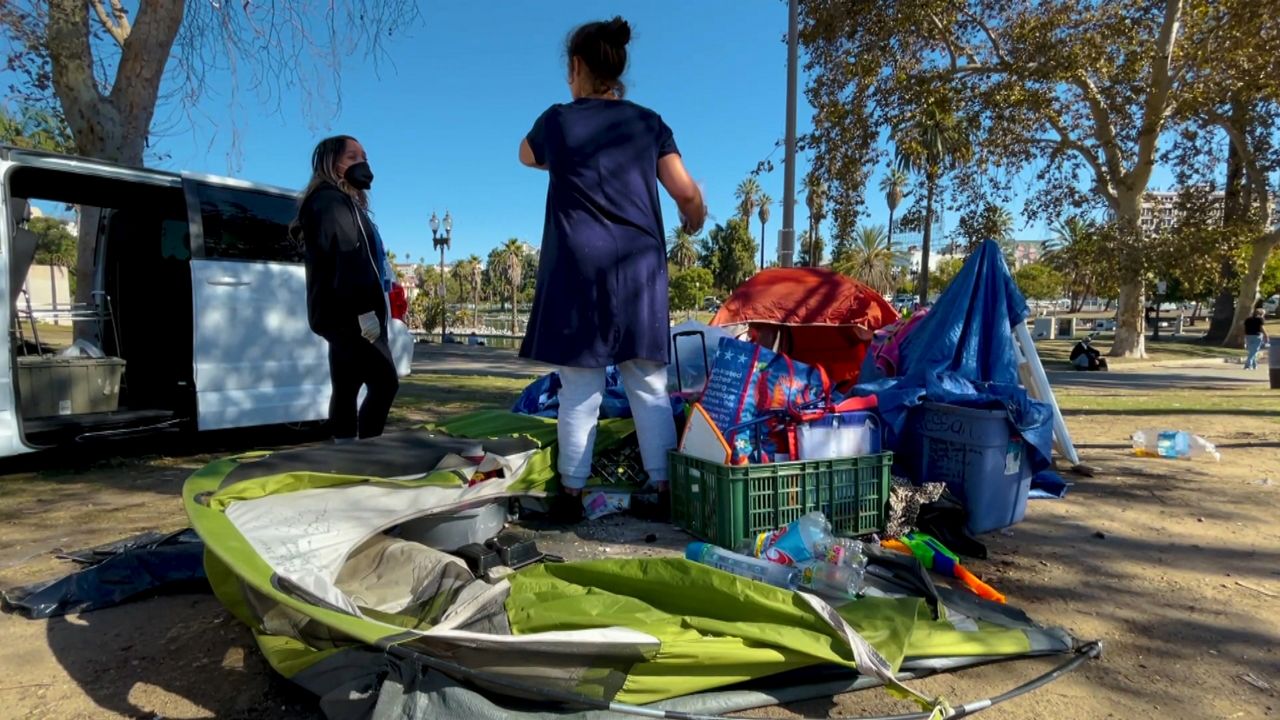 Saving Misty: How kindness and patience helped one woman off the streets

LOS ANGELES — Whenever Mary Hernandez feels a little discouraged, all she has to do is look back about two months to the day she and her colleague Matthew Zavala changed the life of Misty Crossan.

As a team of outreach workers for a nonprofit called PATH, or People Assisting the Homeless, Hernandez and Zavala had been coming to MacArthur Park every day for nearly a year. And every day for almost a year, they were unable to convince Crossan to move out of her tent and into a nearby hotel free of charge.

“Although we think that these participants would jump at the opportunity to get a hotel room, [Crossan] has a lot of memories tied to her items,” Hernandez said. “Even her tent, it’s become her home.”

Hernandez and Zavala are hoping to avoid a repeat of the protests that occurred in March when encampments were cleared from nearby Echo Park. That's why they’ve spent the last year helping people transition into indoor living by giving residents more time to prepare for the move.

Earlier this year, city officials announced they were closing MacArthur Park for renovations. For the next few months, Hernandez and her colleagues managed to relocate all 326 people living there — except for one.

A survivor of domestic abuse, Crossan moved to MacArthur Park five years ago. Even the thought of leaving her cherished spot in the park terrified her.

“I don’t know, I’m kind of nervous to even do it,” Crossan said on the day of the park’s closure.

It took all day and most of the night but eventually, Crossan took a leap of faith and agreed to move.

And what a difference a good night sleep makes.

The following morning Crossan looked rested and nearly unrecognizable. She had her own room and even a private bathroom — something she hadn’t had in years.

“I’m not used to being able to wash my face or anything. I usually just use baby wipes,” Crossan said.

Over the next three years, Hernandez and her colleagues are hoping to house 6,000 people experiencing homelessness.

As for Crossan, she’s still off the streets two months later, with no plans of returning to the park.

At the end of a long day, Hernandez headed home, tired but hopeful.

“I’m glad that she was able to trust us,” Hernandez said.