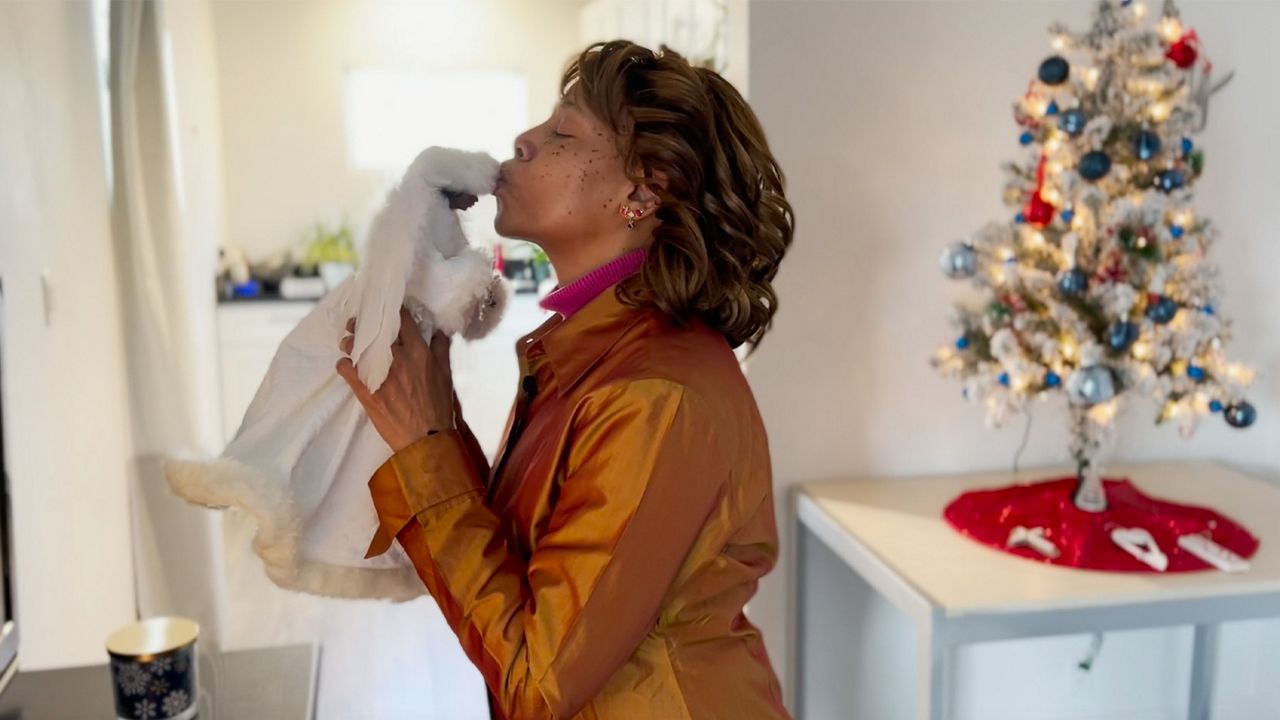 LOS ANGELES — Not long ago, just the sight of a well-decorated Christmas tree would send Cardelia Corley into a downward spiral.

"I did not like the holidays," she said. "It made me very depressed as a matter of fact."

That's because this time of year was always a stark reminder of everything she loved and lost.

"Years ago, I had a family, great work ethic, a son we put through college," she said. "I never would have thought I'd be in the circumstances I was in."

Six years ago, Corley worked at a home improvement company when her hours were drastically cut. By the time the pandemic hit, she was unable to make rent.

"I found myself homeless and riding the bus all night," she said.

It's hard to say how many people like Corley work while homeless. John Maceri, the CEO of The People Concern, a homeless outreach organization, said it's a lot more common than people think.

"It's very easy to stereotype people on the streets that everyone we see is disheveled, they're pushing a shopping cart," he said. "But I always like to remind people that for every one of those individuals there are probably 10 people that are experiencing homelessness that we don't see."

Things got so bad that Corley decided to end her life one day.

She was about to drown herself in the ocean at Santa Monica Beach when a young couple asked her to take their photo.

"I said sure," she recalled.

Then the couple did something that would save her life: they asked her to take a photo with them.

It was that brief interaction that made her reconsider.

“They don’t know what they did that day,” she said. “I heard that small voice that said, 'If you kill yourself you’re going to miss out on a lot of cool stuff.'”

Soon after that day, Corley turned her life around. She found a shelter, and then, through Project Roomkey and The People Concern, she was able to move into a Section 8 apartment.

Now she has her very own tree and the hope that someday soon, she'll be able to branch out into a new life.

"It's like I'm a teenage girl again and all the goodies are for me," she said.