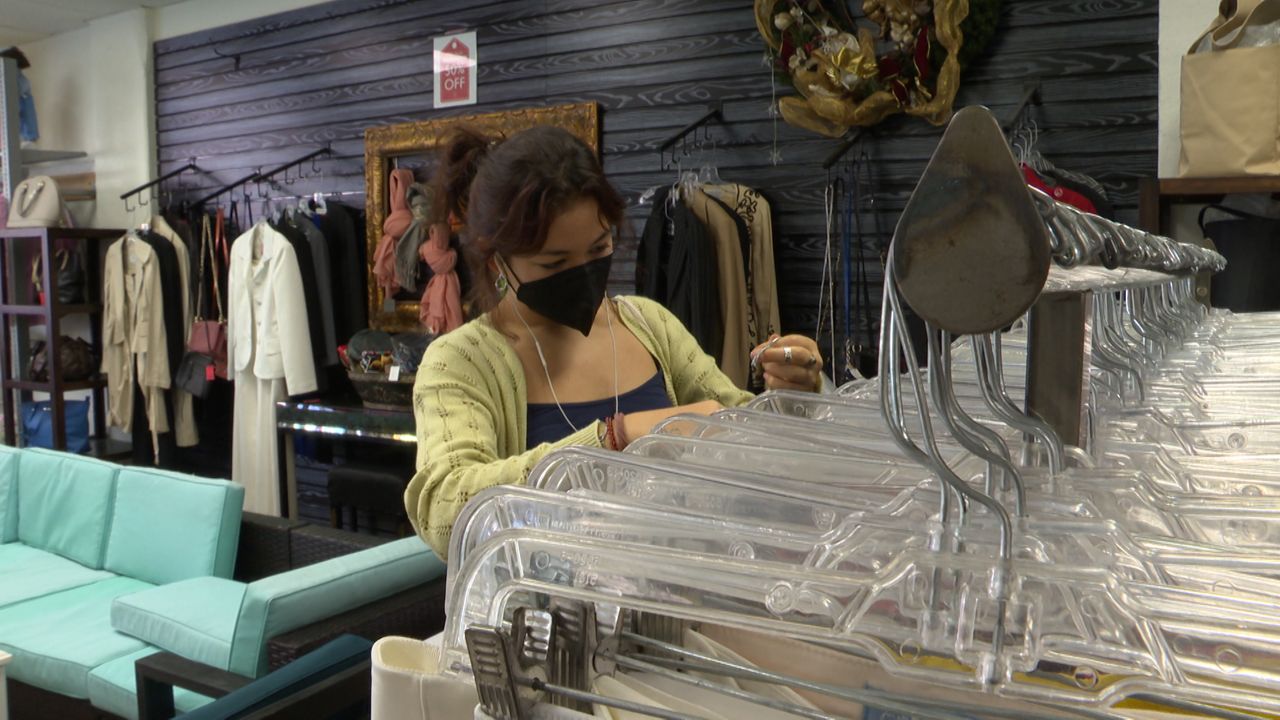 SANTA MONICA, Calif. — There is nothing like the joy of the holidays, but finding the right gift is more like a treasure hunt for Andrea Gaeta, who loves to start her search at thrift stores.


Gaeta said her budget is pretty tight this year, and she is not alone.

Part of the reason is due to concerns over shipping delays and markups. So far, Gaeta has already found a few unique gifts to share, and she did not have to wait for them to ship.

“For Christmas, I got my sister a sweatshirt from one of the thrift stores in this neighborhood as well as for one my friend,” Gaeta said.

She said she is still on the hunt, searching through glassware and clothing racks for a few more sustainable gifts for her family. She said she has been thrifting for a while now, mostly for herself, and each time she does, thrift stores such as the Salvation Army’s drug rehabilitation program that helps about 20,000 people each year benefit from it.

According to a recent ThredUp report, about 60% of consumers are open to receiving a secondhand gift and reported feeling that it is more socially acceptable than five years ago.

Capt. Tanya Pemberton is with the Salvation Army. She said the trend is helping to fund their program.

“That money goes right back into the community here to help people get off of drugs and alcohol. They come into their rehabilitation center where they do not pay for anything, and we support them and help them heal,” Pemberton said.

While Gaeta’s gifts are helping to fund thrift store programs, she is hoping her family and friends can look past the price tag.

After all, it is the thought that counts.

The Salvation Army also has a website to search through for unique gifts and items.