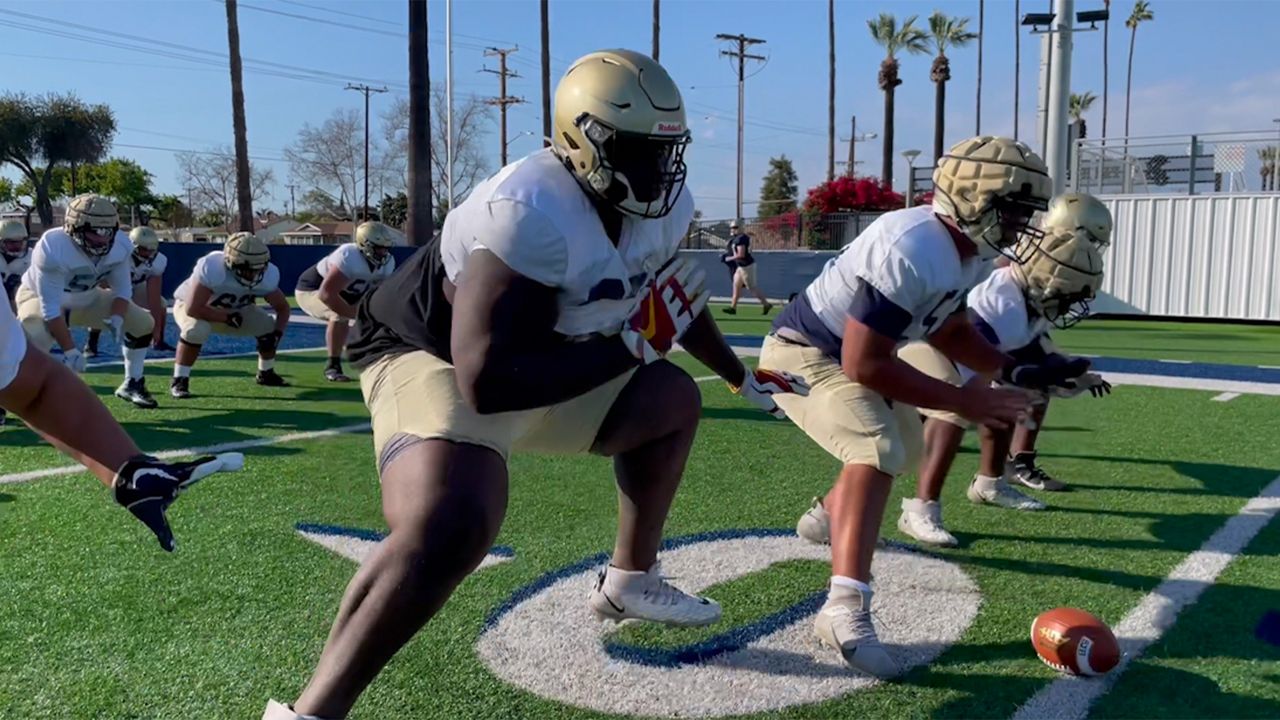 BELLFLOWER, Calif. — It's that moment every senior has dreamed of — the biggest game of the year in their final season. And while it's been a win just to have a season, the chance to play each other is something St. John Bosco and Mater Dei relish, as they get set to square off on Saturday.

For Bosco senior offensive lineman Maximus Gibbs, it's a moment he's worked for his entire life.

At 6 feet 6 inches tall, he has the size and strength to compete at the highest level, but what makes him one of the best offensive line prospects in the state is his years of commitment to his craft.

Every day, Gibbs is working on everything from technique to conditioning during and after practice.

From the precision footwork and the perfectly-timed strike, he's an athlete above all else who does everything from boxing to cycling. He was even a black belt in karate.

The entire offense starts with him and the guys upfront.

"The offensive line is the most important group in the entire football team because we protect our quarterback because we are strong, and we just get after it," Gibbs said.

And although this season was shortened by the pandemic, this week when the Braves take on Mater Dei in a re-match of last year's CIF Southern Section Championship game, has been circled on the calendar since the schedule came out.

Bosco won last season (39-34 in 2019), but beating the Monarchs is something Gibbs and his entire team take personally.

"We're going to show them what Bosco football is all about. And we are going to be physical with them. And they better have their A-game up because we're coming for them," Gibbs said.

It's bittersweet as he imagines what it will be like to walk off the field for the last time as a Bosco Brave, but he wants to be remembered as both the great player and the person he is.

"Just to be a leader and everybody to look at me as a role model. And to just be that guy," he said.