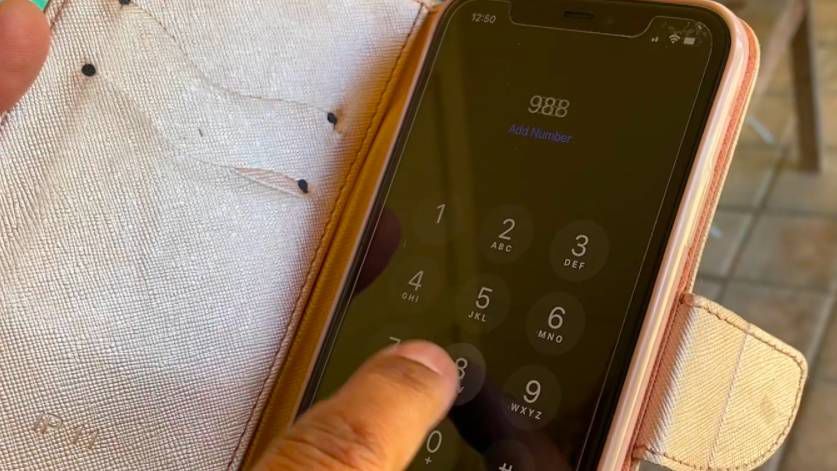 Assembly Bill 988 would create a mental health crisis hotline people could call instead of dialing 911.

Mother who lost her son fights for mental health hotline


For the last two years, Taun Hall has been trying to create a mental health hotline after her only son died during a schizophrenic episode.

“He had his whole life ahead of him and he had so many goals and aspirations and he was a writer, he wrote music. So talented,” she said.

Her son, Miles, was 18 years old when he started showing signs of mental illness. He was soon diagnosed with schizoaffective, a disorder with common symptoms of mania, depression, and psychosis.

“He was thinking he was Jesus. He had what they call delusions and hallucinations,” Hall explained.

As soon as he started having delusions, Hall did all she could to protect and help him. She took classes, contacted neighbors, and informed the police about his mental health diagnosis.

“One thing, you know — we’re African American in a white community — is to make sure that law enforcement knows he’s part of this community, he belongs here,” she said.

Hall worked with the city’s mental health officer, so whenever her son had an episode, she would quickly make sure police were aware.

“I was feeling very relieved because now someone understood that my son was having mental health challenges and they know where we live, they know what he looks like,” she said. “He’s going to be safe”

In 2019, however, Miles Hall was shot and killed by Walnut Creek Police. The 23-year-old was gardening in his backyard when he had a schizophrenic episode that resulted in him accidentally breaking a window with a gardening tool.

"All the police needed to do was back away and give it space and time," Hall added.

Since then, Miles’ mother has been fighting for the Miles Hall Lifeline Act. AB 988 would create a mental health crisis hotline people could call instead of dialing 911.

“If something like this was available for Miles, we would be in a very different situation. He would be thriving with us. He would be here,” she said.

Assembly member Rebecca Bauer-Kahan, D-Orinda, introduced the bill, and if passed, the legislation would make it so trained counselors can respond to people experiencing mental health crises rather than the police.

Hall said this is what her son needed the day he died.

“So now you’re going to have the right people in the right places handling our loved ones,” she said.

Hall said the measure would save other children, so no family has to go through the same loss.

“We’re really excited because it gives families a chance to call somebody else instead of the police,” Hall said.

In the future, she hopes 988 can be a reliable number for all people struggling with mental health emergencies and a call for justice for her son Miles.