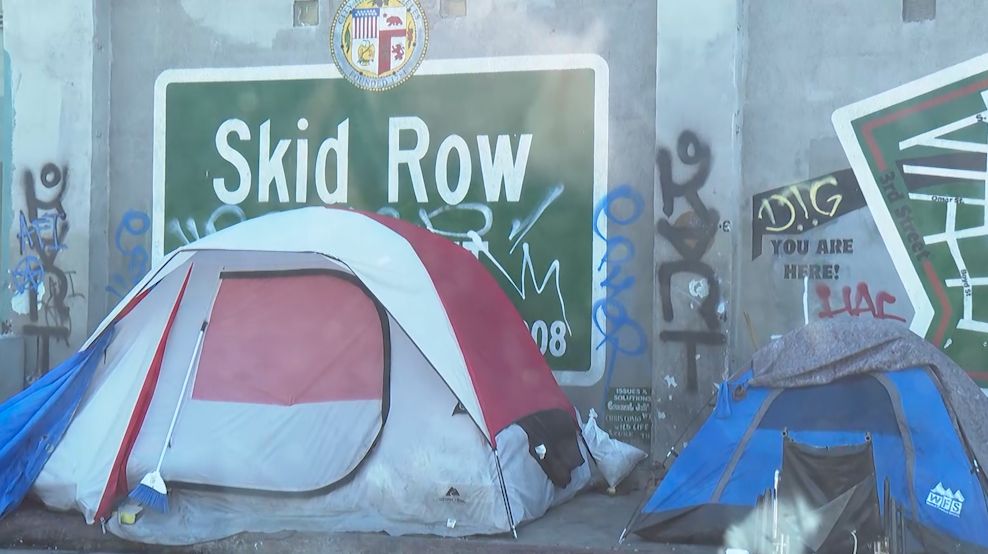 LOS ANGELES  – The invisible threat has become another reality as COVID-19 spreads into homeless shelters.

Union Rescue Mission CEO, Rev. Andy Bales has been fighting for the community’s most vulnerable populations for over 30 years, but the announcement by county officials on Tuesday that 43 of the over 200 people tested earlier this week at the Mission tested positive for COVID-19, is a huge blow to the shelter.

“We’ve never faced anything like this COVID-19... is a ferocious, fierce, unseen monster,” Bales said.

Complicating matters is the fact that dozens of those who tested positive were asymptomatic.

The large outbreak at Union Rescue Mission, where the first confirmed case was on March 28, has been an exception, mainly due to the fact that everyone there was tested. There are currently 413 residents at the shelter, but that number has been decompressed from 1,000.

In the last two weeks, they’ve moved 184 people to hotels and motels.

“We have done everything you can imagine doing to combat this. And we started preparing when this was in China, and yet it has chosen to invade in a fierce way,” said Bales.

While the county doesn’t have the capability of testing everyone in shelters yet, pop-up sites have been set-up for those experiencing homelessness. As of Tuesday evening, 186 tests had been performed.

Union Rescue Mission now has 56 confirmed cases between residents and staff, including one staff member who died from the virus.

It’s a battle they’re working around the clock to fight.

“It’s been the biggest challenge, like I said, of our lives. But we can do it. With help, we can do it,” Bales said.

The invisible threat, that on skid row, is becoming a visible reality.