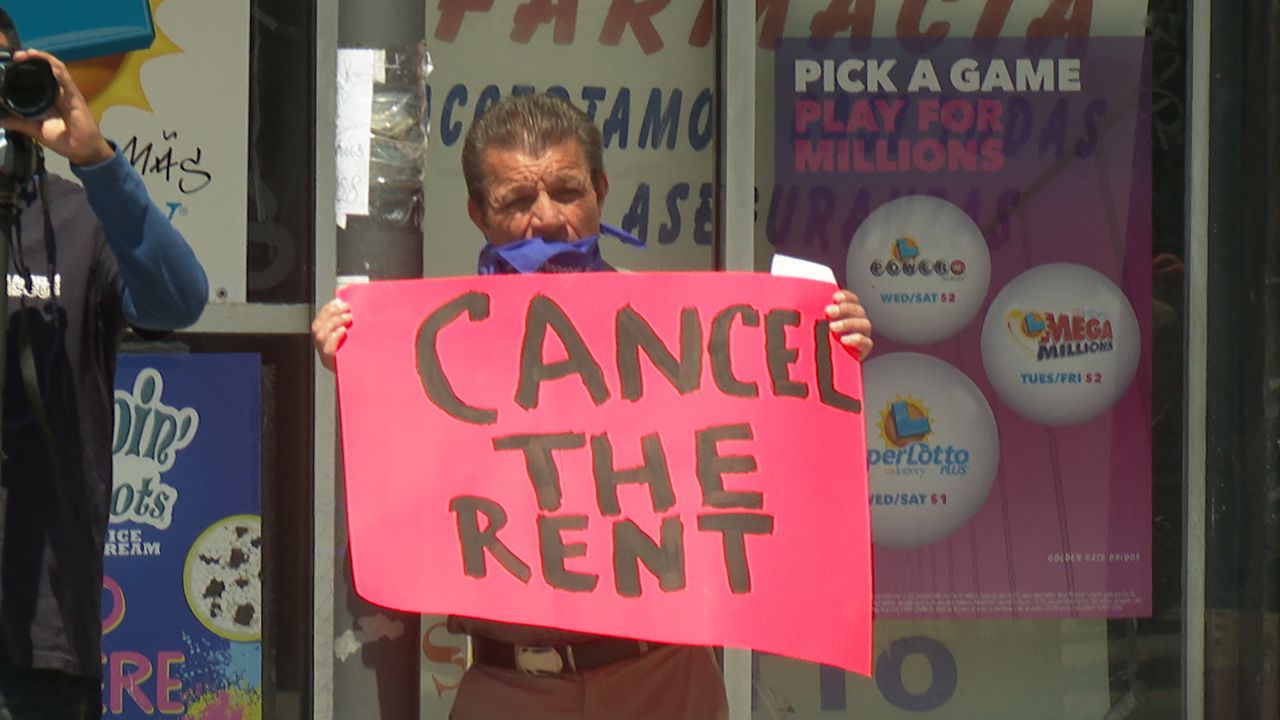 BOYLE HEIGHTS, Calif. – Edwin Mantanico doesn’t like to leave his Boyle Heights apartment, but he did Tueday to put a face – or rather a mask – behind a crisis facing renters in Los Angeles.

“It’s a lot of stress not only for me, but my wife and my kids. They realize this is big. We are in big trouble right now,” Mantanico said at the protest, where he and his neighbors called for city leaders to freeze rent during the Covid-19 stay at home orders.

Before the pandemic closed non-essential businesses, Mantanico repaired air conditioners at UCLA. It’s been three weeks since he’s seen a paycheck. His wife lost her job too. In April, they told their landlord they couldn’t pay rent.

“I sent them a letter, they sent me back a letter asking me to pay the rent,” Mantanico said.

His family has lived in their apartment for 15 years, watching their rent gradually grow every year. The kids are currently eating meals provided by LAUSD. While the family did receive a stimulus check from the federal government, it was less than the amount they already owe their landlord.

Mantanico will spend it on groceries.

“It happened to me twice that I went to the store and put my debit card and they don’t want cards. They want cash,” Mantanico said.

“We can’t say that it’s because of coronavirus, but it seems like an indicator of the economic stress people are feeling,” said Ethan Ward, a data journalist for Crosstown, a non-profit journalism news organization from USC.

Ward says crime across the city is way down, except for this specific kind of call at the beginning of April.

As for Mantanico, he’s not calling the cops. He’s calling on city leaders to do more to help families bridge the gap.