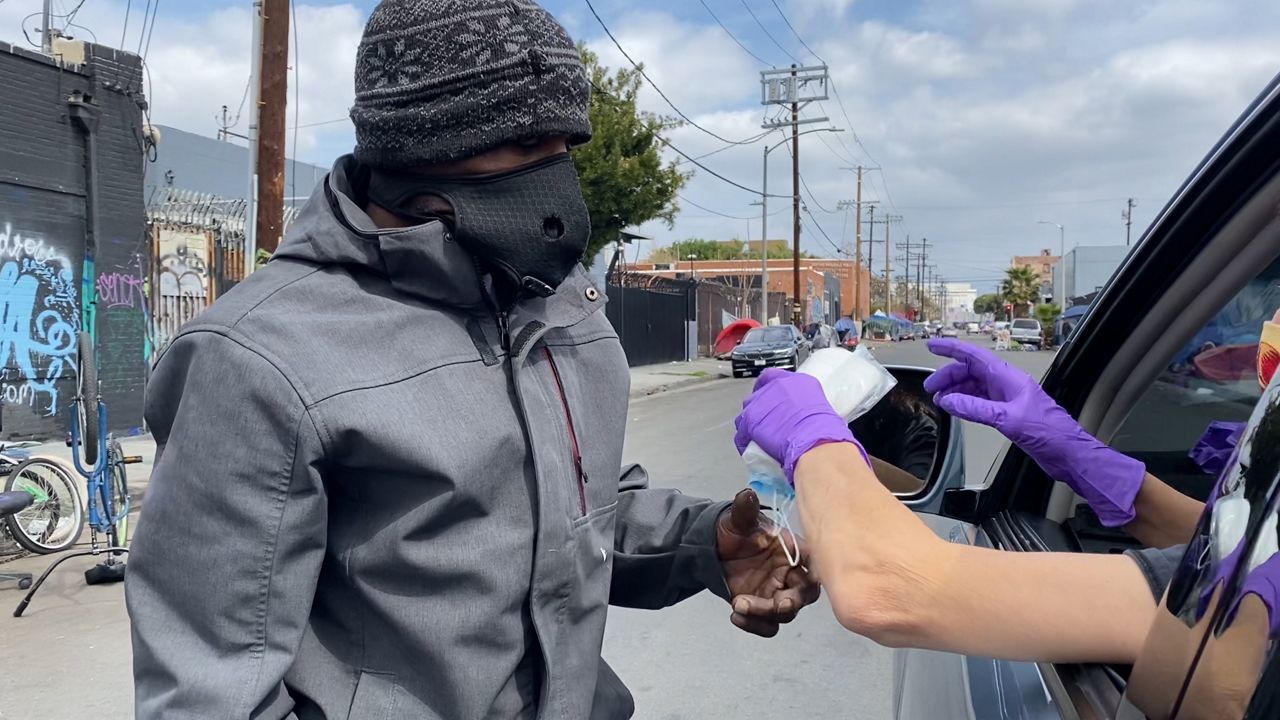 SoCal Hero Lycia Naff Drives by and Does Good

Before Lycia gets in her car, she loads it with basic human necessities, which she will then pass out of her car window to the homeless on Skid Row.

She’s driven by a selfless compassion, but it’s something she considers an obligation.

“I’m such a normally selfish individual, that to give that direct grass roots hand-to-hand giving, you know, it’s a win-win," said Lycia. "I get that little helper’s high."

That helper’s high is what keeps her coming back to a place that feels like it’s lost hope.

“So many people are one or two pay checks from what we’re about to see," said Lycia.

While she’s been making this trip since 2013, she kicked it up a gear in 2016 when she founded her own non-profit Drive-By Do Gooders.

Lycia collects donations, and 100% of those go towards purchasing the essentials she delivers every Sunday.

And although most the homeless on Skid Row don’t know her by name, they know what she stands for — hope.

“I like to be getting things from her. I’m grateful for her, okay. I love her,” said Maria, who has been a recipient of Lycia’s generosity for years.

Once the supplies in her car are depleted, it’s time to head home, and as she does, her helper’s high is undeniable.

Exhausted yes, but also relentless, Lycia Naff will be back on Skid Row again next Sunday, and the Sunday after that.

For more information on how to donate and help, visit drivebydogooders.org.