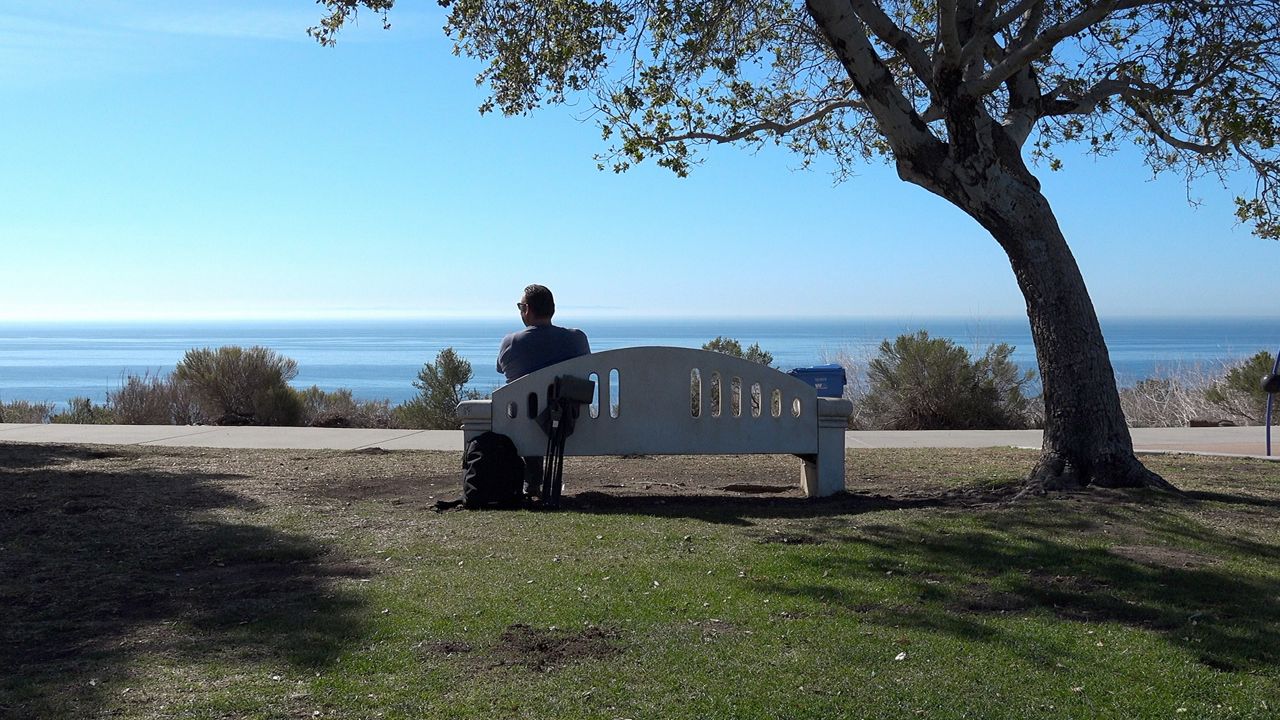 Malibu’s Guardian Angel Reaches Out to the Homeless

MALIBU, Calif. — Walking along a dirt path not far from Malibu City Hall, Malibu Public Safety Manager Susan Dueñas is doing a spot-check for homeless encampments. She points to an area with tall bushes, an ideal spot where the homeless can conceal themselves, and cranes her head for a better look.

"Usually, you're looking for the tops of tents," Dueñas said.

Homelessness is not new to Los Angeles County, especially to its beach communities. The beach offers a year-round temperate climate. And there is access to public restrooms and showers.

But homelessness impacts Malibu in a particular way.

"When you look at it as a percentage of population, we're quite high," Dueñas said. "Higher than Los Angeles."

Homelessness has also presented a dilemma in Malibu different from other communities. The land between the mountains and the sea is narrow. The homeless and their encampments are literally pushed up against residents' homes—expensive houses. And many of those residents are rich and famous. To them, homelessness is an eyesore.

They dial up City Hall to complain.

Dueñas is on the other end of those calls. One of her many tasks is to manage the homeless crisis.

"Some call me up, and the first line is, 'I didn't pay $7 million for a home to have homeless people outside my house,'" said Dueñas, who predicts the problem will only get worse.

She is already stretched thin. Her job as public safety manager requires her to prepare the city for fire, earthquakes, even tsunamis. Dueñas simply doesn't have the time or the resources to tackle the homeless issue as thoroughly as she would like, she said.

So, to aid Malibu's homeless population and to keep the peace between them and their wealthy neighbors, Dueñas calls on an angel —appropriately named Gabriel.

Gabriel Graham is an activist who regularly makes the rounds, handing out supplies to the homeless.

Graham works for the Las Virgenes-Malibu Council of Governments. The COG pools resources from cities west of the San Fernando Valley—Hidden Hills, Calabasas, Agoura Hills, Westlake Village, and Malibu—to reach out to the homeless. According to the latest accounting, there are only about 10 homeless people in the region who live outside of Malibu. Most of the area's homeless population has settled in the tony seaside community.

The city of Malibu contracts with the council to ensure both the homeless and its residents' safety. The COG has several outreach employees, but Dueñas has a direct relationship with Graham.

"He is there for the day-to-day mitigation. He's my boots on the ground," Dueñas explained.

He is literally in the trenches with the homeless. Dueñas estimates Graham knows about half of the homeless population personally.

"And, plus, he gives me… intel on what's happing," Dueñas said.

Dueñas says she can get ahead of a problem with that information before her phone starts ringing with complaints. When she does receive a grievance, she doesn't want to bring in the sheriff, which may be a waste of resources and can be humiliating for a homeless person. Instead, Dueñas dials up Graham.

"I go from one end of town to another," Graham said.

Driving along the PCH, Graham is headed to a homeless encampment near Zuma Beach, an area known among the homeless as "Margaritaville." It has tall brush and trees to provide shade during the warmer months and shelter during bad weather.

"Knock-knock," Graham shouts as he hikes into the bushes. He treats a homeless encampment like someone's home. He doesn't just barge in.

He makes contact with an older man. Graham makes sure the camp is clean and sanitary. He also is on the lookout for anything that might cause a fire. Brush fires, of course, are a constant threat to Malibu. Graham had been to his man's camp previously and had asked him to clean things up.

"You got a good start," Graham said. "I'm actually impressed."

Graham has a conversation with the man. It goes on for some time. Later, Graham admits he didn't really understand what the man was saying.

"Sometimes they just need someone to listen to them," Graham explained.

That is also how he builds trust. Many of the homeless, admits Graham, have been lied to by local authorities who claim to have their best interests in mind when they just want the homeless to leave and become someone else's problem.

Graham makes no promise he can't keep, and he follows through on the ones he can. The other day a homeless man asked him for a cell phone charger. Today he is on the lookout for the man so he can deliver it.

Many homeless are mentally ill or have drug addictions. However, some are people who are of sound mind who once held stable jobs. They were just pushed off the edge economically.

Graham steers the homeless to medical or other services. He even arranges for low-cost housing. The process of getting into that housing, Graham says, is bureaucratic. It requires a lot of paperwork, but he is able to navigate a homeless person through the byzantine procedure.

"Knock-knock," Graham yells again as he enters a new camp.

This time he calls out the resident by name, Joanne. He knows her. Graham offers her socks.

"Do you need a sleeping bag?" Graham asks.

Just an hour before coming to Margaritaville, Graham got some terrible news about one of the residents. Last night, a homeless man named Frank died in his tent. He consoles Joanne, who lived alongside Frank.

Five years ago, Graham was also homeless here in Malibu. He used to hang out with his "old friend" Frank.

Graham pulls out his phone and calls up a YouTube video. It is a short documentary. Graham stares at the screen.

Frank was interviewed about his experience being homeless in Malibu.

Then, another homeless man comes into the picture. He is thin, bald, and sunburnt.

"And that's me," Graham said in a low voice.

Graham admits he was high on meth during the interview.

He gazes and the patch of ground where Frank's tent was. He grieves.

"So, we're dying out here," Graham said. "It's just not necessary."

Graham gets back into his car and heads for a spot where the homeless gather to get a free lunch from a faith organization.

"It's an easy place to outreach," Graham said. He doesn't have to hunt them down in the hills or the bushes.

Graham relates to the homeless, he says, because he has literally been there. He often reaches out to the same people with whom he used to live.

While a woman hands out grocery bags full of food, Graham stands to the side and engages in some banter with a homeless man he's meeting for the first time. Graham takes the first step to earn his trust.

"I was out here five years ago, on the streets, just like you guys," Graham tells the man.

The well-to-do and the down-and-out come to live in Malibu for the same reasons: It's warm, relatively safe… It's a paradise. Except the homeless get trapped.

"And unfortunately, the problem is just getting worse," said Graham as he drives away to look for another encampment.