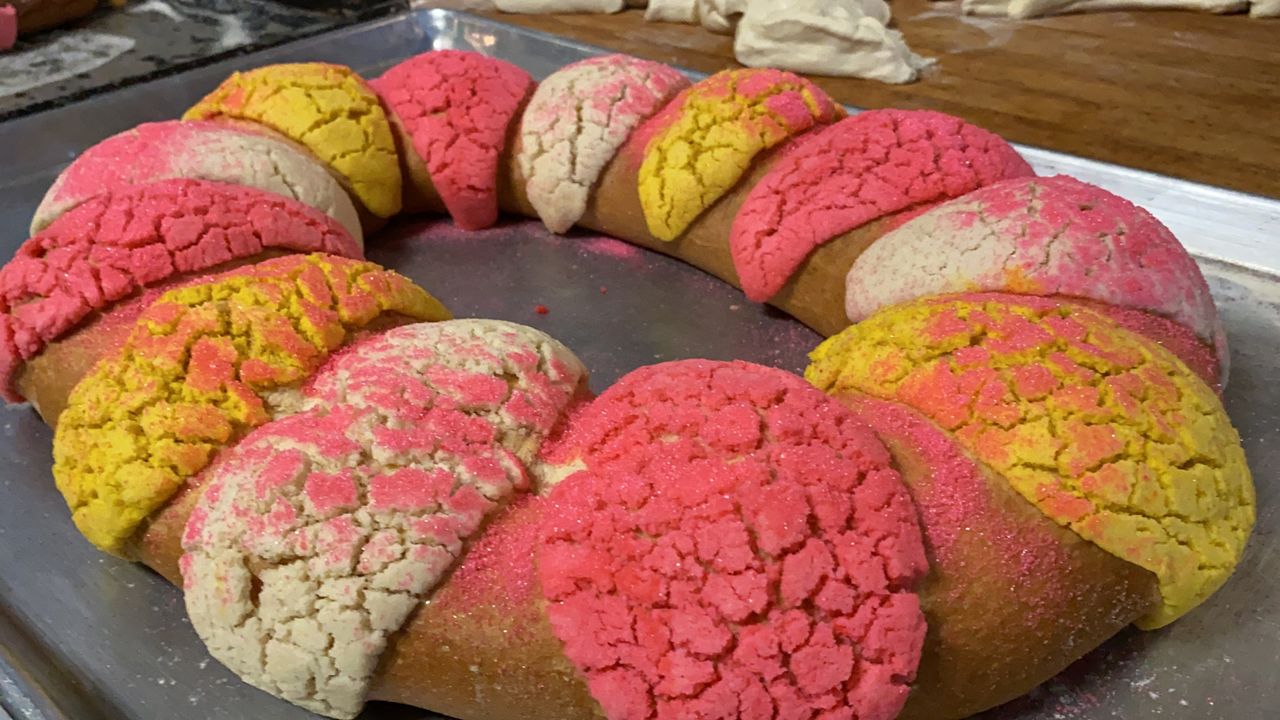 For bakers like Jose Bran, the traditional bread has definitely kept him busy. The day before, he had made more than one hundred roscas.

Bran is a baker at Delicias Bakery & Some in Highland Park, but the bakery has begun offering a vegan rosca de reyes in the last few years.

He said now that there's a vegan option, more people are able to take part in the tradition.

Emily Sánchez De La Torre's grandparents opened the family-owned bakery in 1991. She's now a manager and said if you taste the vegan version, "you wouldn't notice the difference, we have people say, 'You didn't give us a vegan one,' I say, yes we did."

But it's not just the rosca de reyes that's vegan. Delicias Bakery & Some has a vegan option for everything inside the traditional Mexican bakery, from sweet bread to bolillos.

"I have a little sister, she's full vegan, she's been a vegan over 20 years now, and she was like, 'You know what Emily? You gotta do something different because I won't eat this. I don't eat this,'" she said.

That's when they started making vegan options for their traditional Mexican sweet bread.

This year, they expect to sell about 200 vegan rosca de reyes and about 400 regular ones. All of them have the traditional plastic baby figurine hidden inside.

For Bran, who started baking as a child in Mexico, making vegan options wasn't something he ever expected to do, but he said adding vegan options means more people can enjoy the tastiest part of Three Kings Day.