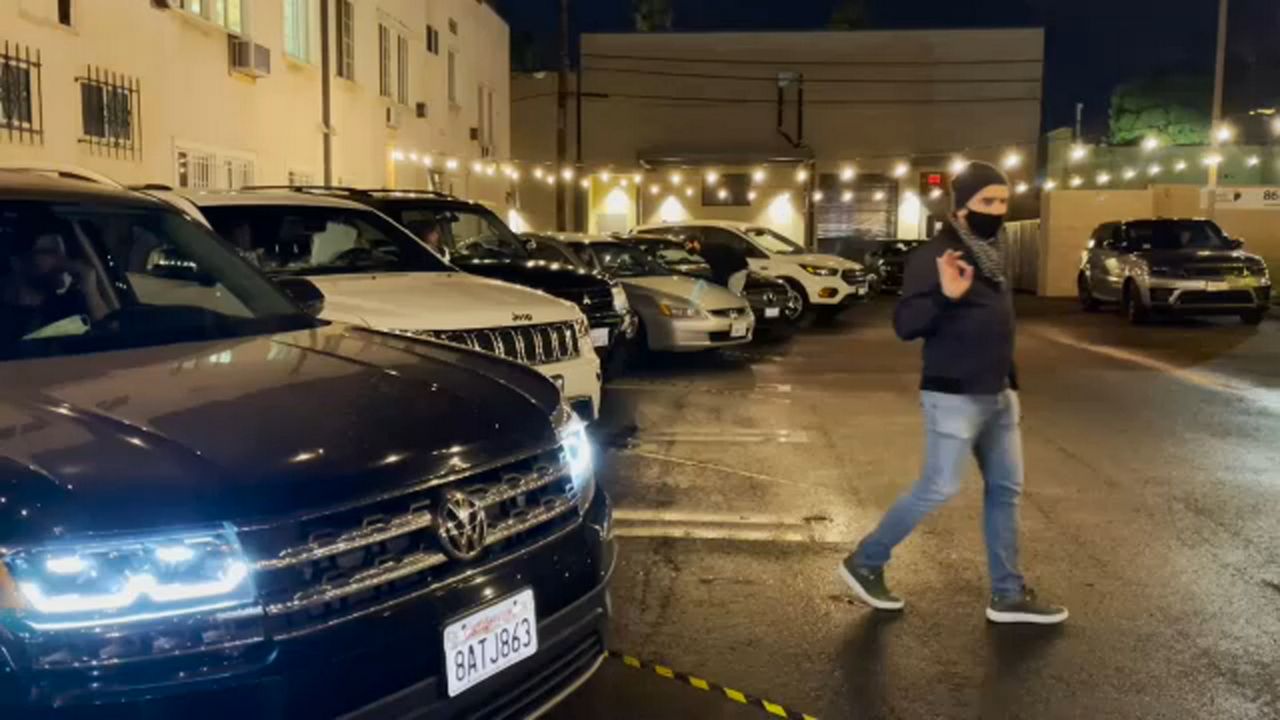 LOS ANGELES — For the last year and half, Francesco Zimone has poured his heart, soul and savings into recreating the authentic experience of Napoli’s famous L’Antica Pizzeria da Michele here in the U.S.

If that name sounds familiar it’s because it’s the same pizza spot that Julia Roberts visited in the film, Eat, Pray, Love.

His dream is to serve a little slice of Italy in Los Angeles.

“The most important ingredient on the pizza, basically love,” Zimone said.

The opening of his Hollywood restaurant in May of 2019 was a success, he said. Then, the pandemic hit and his bills began to pile up. He was able to hold on, thanks in part to his breezy, open-air courtyard until earlier this month, when Gov. Gavin Newsom announced new stay- at-home orders, throwing Zimone yet another major curveball.

“The last few days have been very heavy,” he said. “I cannot deny that I don’t sleep anymore.”

Determined to find a way through, Zimone turned his parking across the street into a drive-in movie theater, where people can eat his famed pizza while still enjoying a safe night out.

“We want to be a place like a little happy island in the middle of whatever is happening right now,” he said.

In the last few days, he’s put up a big screen and installed an F.M. transmitter. He also added some lights for a little ambiance.

Right before the big opening, Zimone gathered his team for last minute briefing. Excited and a little but nervous, he hoped his customers show up, not just for him, but also for his staff.

“Keeping us in business is going to give me the chance to pay salaries,” he said.

Luigi Ocone and his family were happy to make the trip from West Hollywood if it meant a night out of the house.

“It’s been very hard,” he said. “We have to come up with new activities, my wife especially."

The parking lot began to fill up with customers, many of whom have come to support their favorite restaurant. It’s not quite a full house but for Zimone it was a ray of hope that maybe, with some hard work and a little bit of luck, he might be able to survive.

“I am so happy, honored, I have made so many friends,” Zimone said choking back tears.

CORRECTION: An earlier version of this story incorrectly stated when Gov. Newsom's latest stay-at-home order was issued. The error has been corrected. (December 14, 2020)