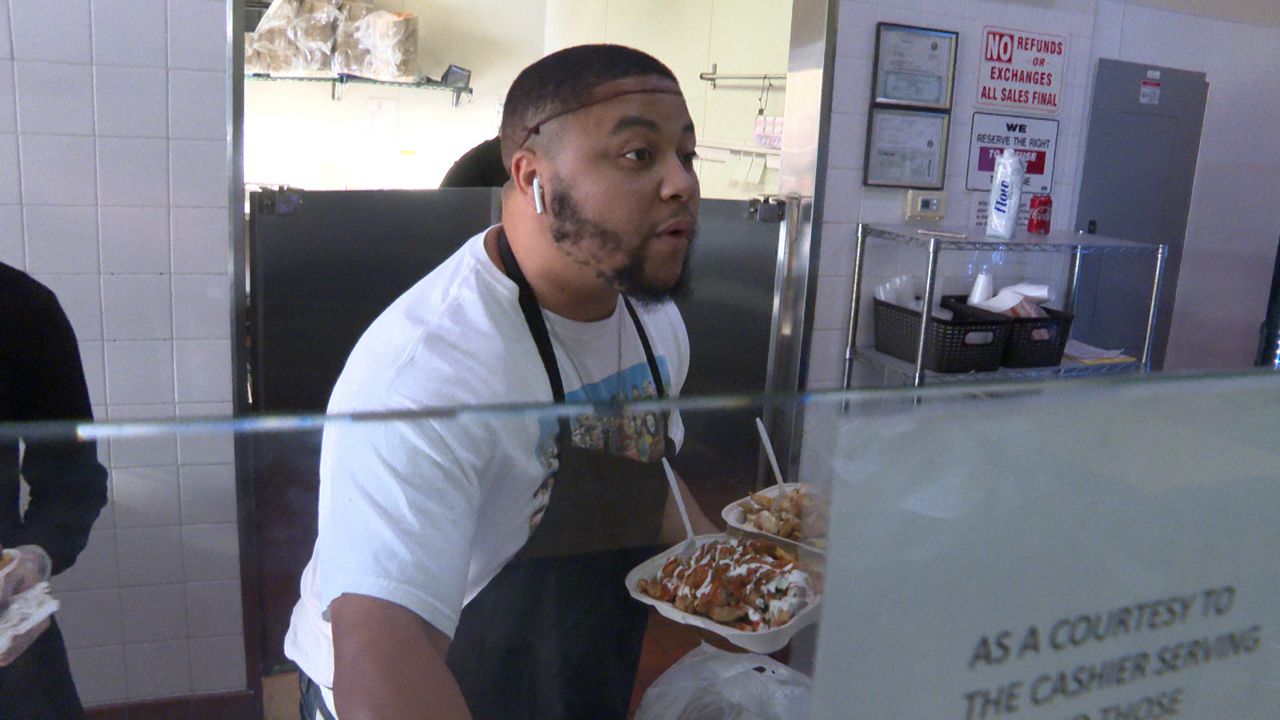 How Mr. Fries Man Grew His Restaurant From His Backyard

GARDENA, Calif. – It is a routine Craig Batiste will repeat all day long, dropping fries into a fryer and pulling them out for preparation. He is the owner of Mr. Fries Man, a restaurant in Gardena, which sells specialty French fries, which are covered with flavors like buffalo chicken ranch, steak, shrimp, lobster, and many more options.

“I always ate fries as a kid. I love fries,” Batiste said.

He began selling his unique style of fries out of his backyard when his wife lost his job five years ago.

With the help of people in the community, after his food was cooked in his backyard, it sold in local businesses nearby.

“So, we were basically in there, just really trapping out the kitchen,” said Batiste.

It caught on in a hurry, thanks to his Instagram page. Even the late Nipsey Hussle posted about Batiste’s start up business.

“Nip, he supported-supported, like rocked with us,” he said.

Five years later, Batiste has a booming restaurant in his own building, with lines going out the door, and almost 300,000 Instagram followers.

“I’m happy. I’m excited. Thank God. Thanks to all the customers,” said Batiste.

Now he is an inspiration for others.

“Well if I can do it, anybody can do it. You just have to work hard, just don’t give up,” said Batiste.

He continues to be an example, one plate of fries at a time.