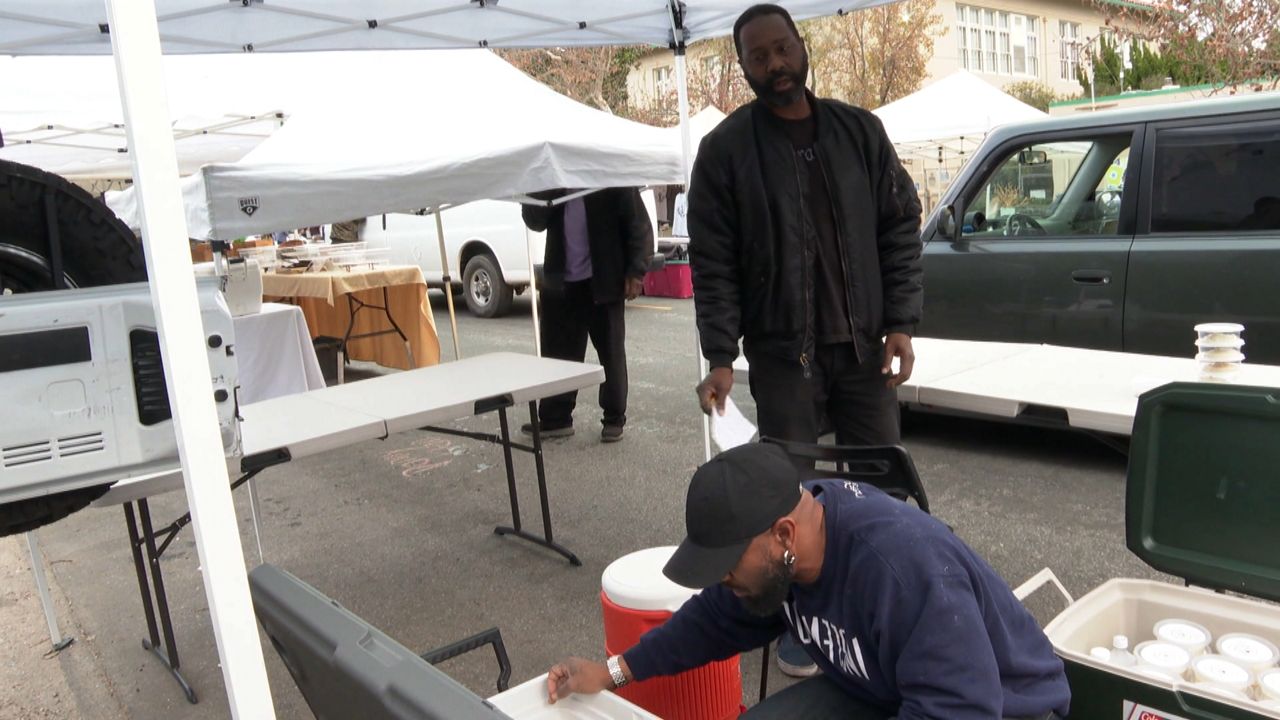 Vegan Cheese with a Mission Given Kosher Certification

CANOGA PARK, Calif. — Vegan or not, the best cheese is made with the best milk. In this case it starts with fresh almonds.

“These have been soaking and I kind of gave them a rinse and then I’m going to start again,” said Ian Martin.

Then comes the grinding and then the draining.

The meticulous process, according to Martin, the creator of Misha’s Kind Foods, is worth it to make a product that he can feel good about, especially when eaten.

Nine years ago Martin made a lifestyle change, going from a touring musician to a vegan chef because he wanted to show there was a healthier lifestyle to live.

“We as a group, black people, we have some of the most unhealthy diets. We lead in too many detrimental illnesses that can be prevented with just changes to our diet,” said Martin.

Serving the the African American community is only part of the equation. The brand is named after Martin’s son, Misha whose mother is Jewish. So making a kosher cheese was very important is well.

Which is why a rabbi from the Orthodox Union came by to give them their official Kosher certification.

“Knowing that somebody has come in and then had a look at our products, taken a look at our process. Its just extra and we get an assurance of the quality of what we’re doing,” said Martin.

It’s this dedication to making a top-tier product with a mission that drew Aaron Bullock to partner with Martin.

“He’s an incredible human being for sure but as a creative and a food scientist. Man he’s a wizard,” Bullock said.

Bullock used to be a music executive for Motown. He used his understanding of the business world to take the Misha’s Kind Foods from just a product to a business.

He’s been able to get the cheese in multiple retail stores, but their best traffic is at farmers markets.

One bite and people’s face light up which is usually followed by a “that’s really good.”

It’s this reaction that makes it all worth it.

“Live for it. Seriously you saw my face. I live for it. It’s everything,” said Bullock.

“It’s really a compliment to me and to us that we are making something that just taste great period and people don’t really care.  They are just like, 'It tase great,' which is a great thing,” said Martin