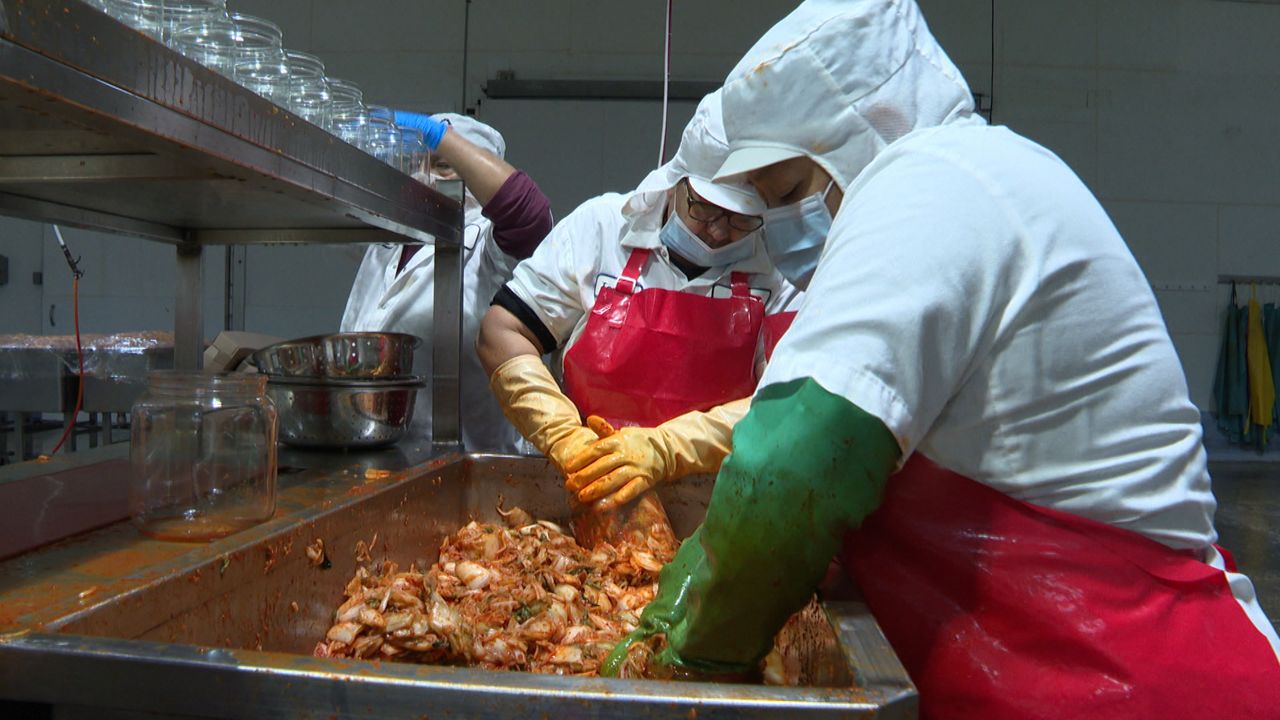 CITY OF INDUSTRY, Calif. — Kimchi is a staple in Korean cuisine, a traditional side dish of fermented vegetables such as napa cabbage and radish. It's made with seasonings including gochugaru, spring onions, and garlic. There are hundreds of varieties of kimchi made with different vegetables.

“Kimchi has been here in history for thousands of years,” said restaurateur Calvin Pak. “Recently, it became more popular in American culture. It’s because it’s not only the taste, it’s also good for your body.”

Pak is the owner of KoJa Kitchen, a new Korean-Japanese fusion restaurant in Downtown Los Angeles. They serve short rib tacos and braised pork bowls and every dish comes with kimchi, including a few you might not expect.

“We put kimchi in fries,” said Pak. “We use as part of bowls and we can use as toppings on tacos.”

Los Angeles is home to the largest enclave of Koreans outside of Korea and the fusion with Mexican food makes a lot of sense when you consider that 53 percent of the population in Koreatown is Latino.

So how does KoJa meet all the demand? They get their kimchi from Cosmos Food, the largest manufacturer of kimchi in the United States.

“It is still a niche market, but more people are aware of it,” said General Manager of Cosmos Food, Anthony Simmons. “They want to try it out. And kimchi is one those main items that Korean culture, you know, cannot forget about.”

Americans are no strangers to fermented foods. They’ve always consumed pickles, sauerkraut, and more recently kombucha and now they’re catching on to kimchi. Cosmos Food grew from three million in sales last year to six and a half million this year.

“I think in the U.S.,with the explosion with K Pop and K Drama and Korean food, it became a mainstream item,” said Simmons.

Noh came to the U.S. to study mechanical engineering and even after getting his Masters and PhD, he decided to go into the restaurant business because he loves food and re-imagining Korean dishes and then sharing them with his customers.

“So kimchi is being reinvented to create other dishes for people who have never tasted it before,” said Noh.

If you got the guts to try some fermented foods, then add a little spice to your dish.