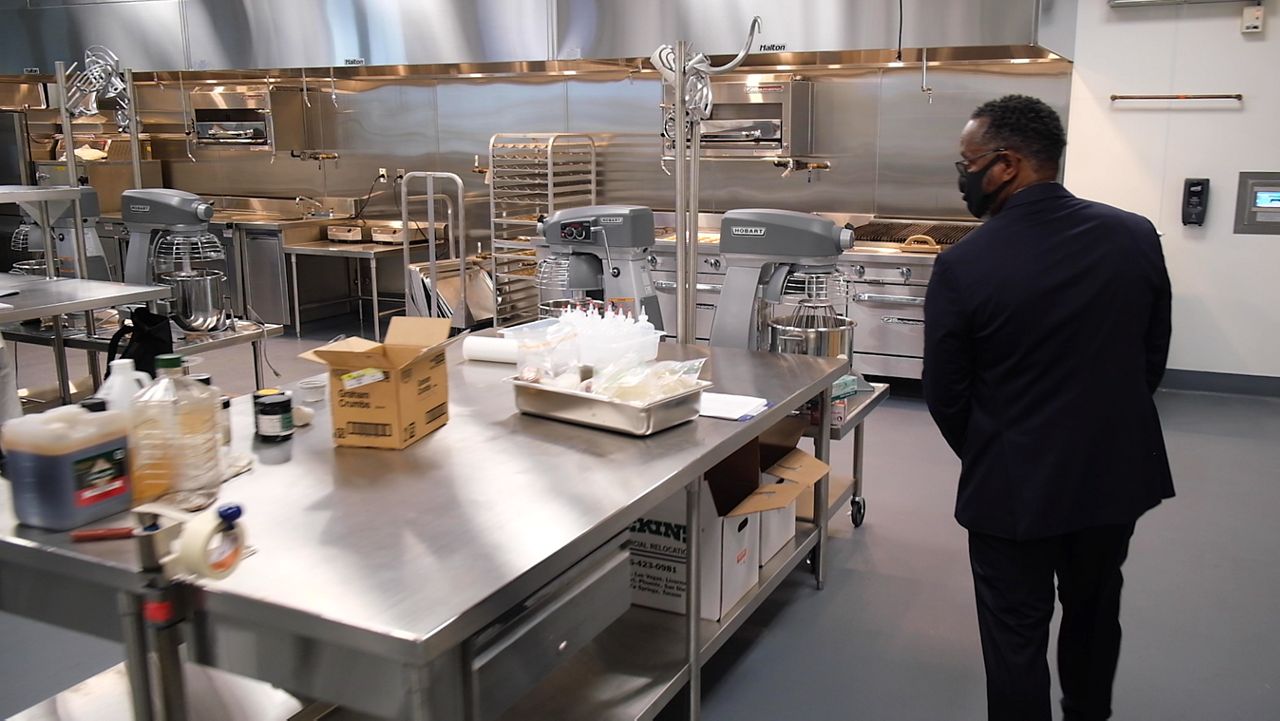 LOS ANGELES — Although the culinary arts program at Los Angeles Trade Technical College is one of the longest-running in the nation, the campus itself is looking to the future.

"We've committed to two goals ahead of the nations or even ahead of the state," the district's Reuben Smith said. "Our goals are to decarbonize 100% by 2040, and then we're going to have 100% clean energy renewables by 2030. Very lofty goals, but we really truly believe we can do it."

The community college district has passed a resolution to pursue LEED or Leadership in Energy and Environmental Design certification on all new construction projects, and now 50 buildings across the district are certified. Energy-efficient and eco-forward materials such as permeable concrete were used to construct the new building, and the rooftop solar array provides 15% of the building's energy needs.

Smith emphasized that LACCD has a responsibility to the communities that it serves, and pushing the boundaries of sustainability is part of that goal.

"We're serving disadvantaged communities, and so we're trying to be good stewards and ensuring that we're delivering on the promise," Smith said.

David Hodgins runs the LA Better Buildings Challenge, an initiative of the U.S. Department of Energy, which recognized the LACCD with an innovation award. Hodgins said there had been a shift in thinking about urban sustainability partly driven by a change in the overall economics.

"Everything has changed," Hodgins said. "The cost of solar has plummeted. LEDs last time around were a new emerging technology. Ten years later, they're everywhere."

Although materials and technology are a big part of the equation, there is also a greater focus on the human element, Hodgins said.

"Innovation is about people, too, and ways of thinking and embracing change," he said. "And highlighted in this year's awards were ambitious, new commitments, science-based targets that are ahead of what's called for. Our winner LA Community College District, their board adopted and is putting money behind a plan to be zero net carbon by 2040!"

As the largest community college district in the nation, LACCD sees itself as a role model for the community, and Smith said he hopes their aggressive environmental stance inspires others.

"We can do it, and we can set the example that other college districts can do it, too," Smith said.