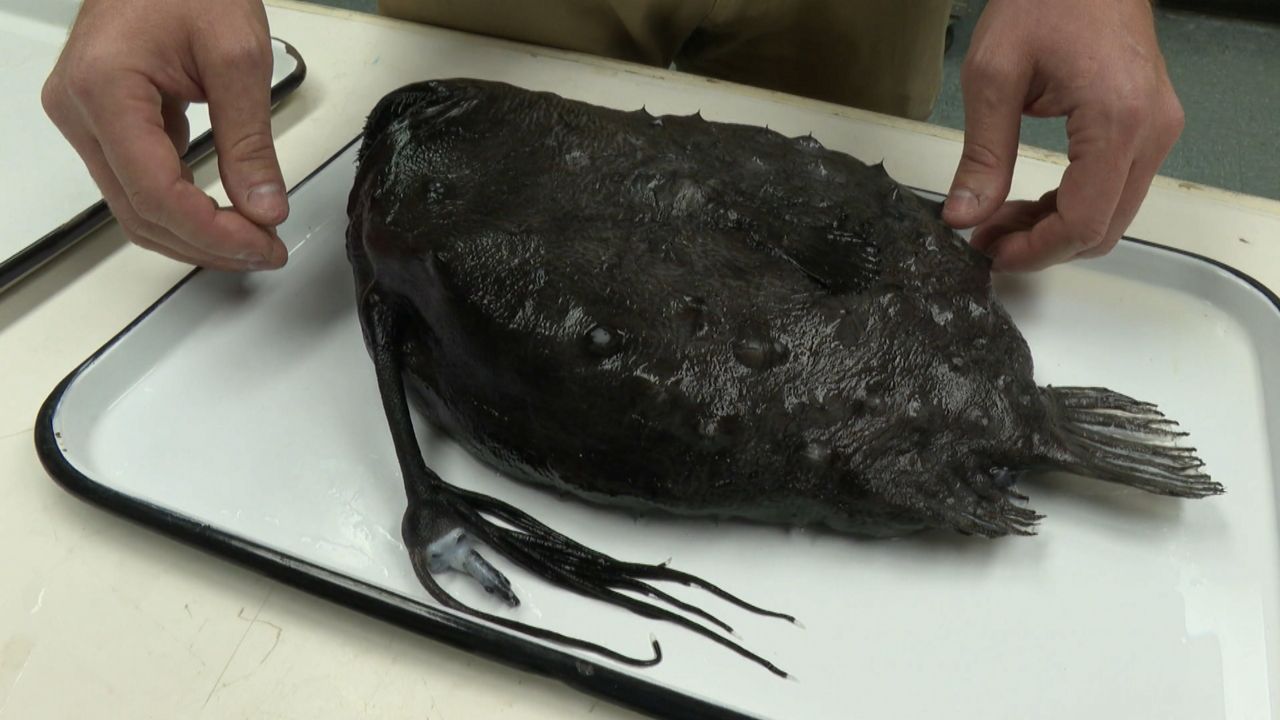 LOS ANGELES — A Pacific footballfish, which was recently discovered on the shore at Crystal Cove State Park in Orange County, was brought to the Natural History Museum of Los Angeles County.

“I love all fishes, but this one is definitely special,” said Dr. Bill Ludt, the assistant curator of ichthyology at the NHMLA.

The specimen once lived in waters so deep the sun couldn’t reach it. When it washed up on the shore in Orange County basically in pristine condition, it was shocking.

Footballfish are very rare. In fact, this is only the fourth footballfish to join the museum’s collection. The one before it was found in the 1980s. This newest one is by far the largest.

Ludt and Dr. Todd Clardy, the collections manager for the department of ichthyology, are in the process of preserving the specimen now. They’re using diluted formaldehyde to harden the body thus ensuring the footballfish can be studied for many years to come. They’ve already received several requests from scholars to study the specimen on loan.

This could lead to some big breakthroughs.

“We wanted this specimen because it is extremely rare and like anything in biology what we know about a species depends on how many individuals we have of that species to learn from,” said Ludt.

The fish is too large for a glass jar so instead a metal tank will soon be its new home.