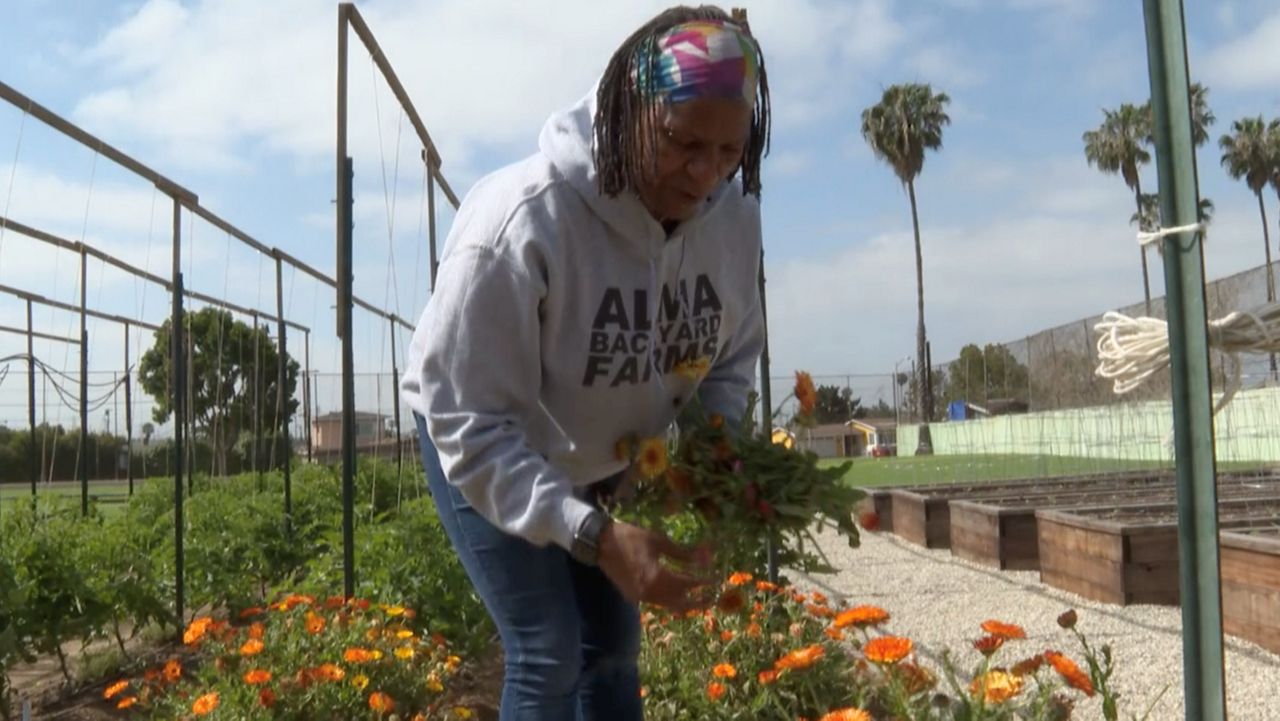 COMPTON, Calif. — A Los Angeles-based organization is sprouting urban farms across the Southland to serve communities and employ people released from prison.

Alma Backyard Farms operates three farms in Compton, South LA and East LA. The farmers are formerly incarcerated residents who are now producing food for local businesses and the community.

Journey Presely has worked on the Compton farm for four years. It’s located just blocks from where she grew up.

“This is where it all started. I used to gang bang over here. I used to just be bad,” Presely said.

She was in and out of jail a few times until she realized she needed a fresh start. She needed to serve her community.

“I said I planted so many bad seeds that it’s time to come here and plant some good seeds and watch the harvest flourish,” Presely said.

She now works at Alma Backyard Farms, where she grows food and flowers. She also works at the weekly farmers market that’s open to the neighborhood.

She started the farm in 2013 with Richard Garcia. Both worked at Homeboy Industries in LA with people who had been in prison. Then, they decided to grow food and opportunities.

“Alma in Spanish means soul and so what we hope to achieve is to help nourish the soul,” Garcia said. “We don’t grow food just for the sake of nourishing the palate. We grow food for the sake of satisfying the deeper yearning for community and kinship.”

Kinship and roots are why Presely believes the farm is able to flourish in Compton.

“Our soil here in Compton is amazing. People do not realize that in Compton like way before my grandparents moved here in 1947 and this was [a] farm town,” Presely said. “This is why the soil is so rich and so great here. And you throw anything down, water it a little bit almost like a person like give it a little bit of love and it can grow, and it can grow in abundance and look at the beauty of it.”