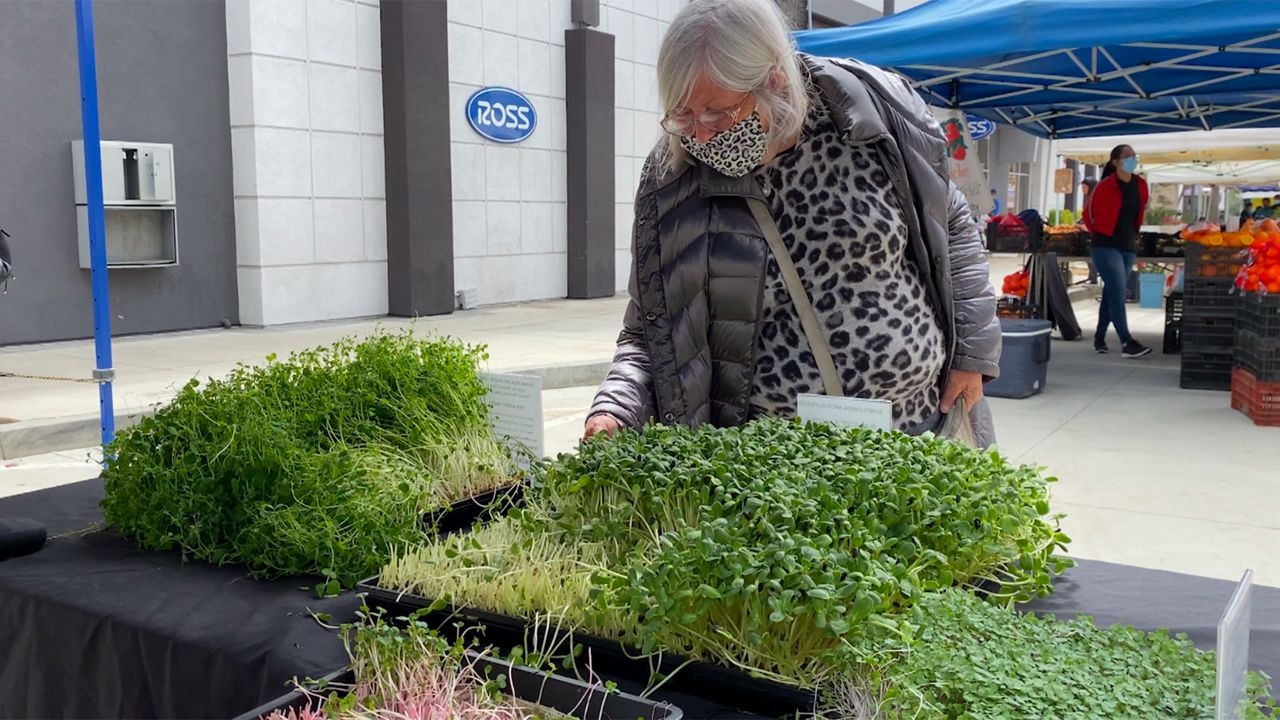 LONG BEACH, Calif. — Thanks to donations from multiple organizations, community activist Karen Reside has helped distribute over $15,000 in grocery cards during the pandemic to people in the community.

In Long Beach, the need is particularly great for low-income seniors, some of who receive $50 grocery store gift cards.

Part of that education includes how this vulnerable group is impacted by climate change. This impact was apparent during an extreme heat event in 2015 when thousands of Long Beach residents and businesses lost power for days.

“You couldn’t buy any food, you couldn’t buy any supplies, because the cash registers weren’t working in any of the stores," said Reside, whose senior-living building is 17 stories with power outages that have proved catastrophic.

Things weren’t tied to emergency generators, so the elevator stopped working. They also couldn’t charge phones or keep insulin refrigerated, and the water even stopped running.

“So it was three days before we could flush our toilets," said Reside.

Afterward, she became involved with the city’s Climate Action and Adaptation Plan, or CAAP.

Climate change has impacted Long Beach in a variety of ways, including extreme heat, rising sea levels and flooding.

Through the CAAP, the city is prioritizing developing strategies as well as changes to infrastructure, policy-making, and budgeting to reduce carbon emissions to 40% below 1990 levels by the year 2030.

“That’s a state-wide goal the state asks each city to help participate in, so our CAAP lays out a road map for several different policies and programs to help up get there," said Spindler-Ruiz.

At the federal level, President Biden announced his intention to reduce carbon emissions at the virtual Leaders Summit on Climate. That move is meaningful to the CAAP, because its funding and precedence will help Long Beach reach its climate goals.

“Especially for larger infrastructure projects, the federal government has a very direct role, particularly when we think of things like sea-level rise that has to do with the oceans, which have state and federal regulations as we think about the port," said Spindler-Ruiz.

For Reside, doing her individual part to combat climate change means walking to the downtown farmers market instead of using transportation.

But as days of extreme heat are expected to grow, perusing the market could become harder on days when temps reach into the 90s and up.

“I don’t like to come when it’s really hot," said Reside.