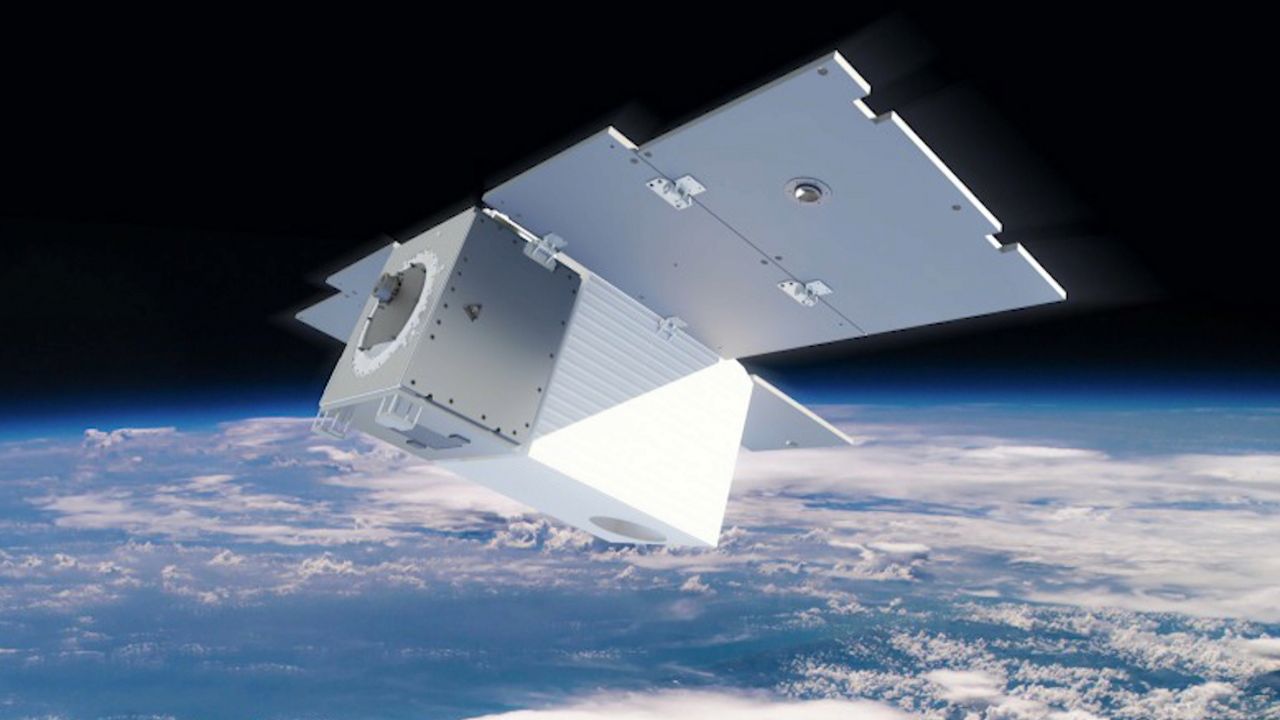 California to use satellites to find greenhouse gas 'super emitters'

In the fight against climate change, California has plans to launch not one but two satellites into orbit to sniff out and track planet-warming “super emitters” — to keep global warming from reaching catastrophic levels. Tony Barboza has been following the mission and discussed the details with "LA Times Today" host Lisa McRee.

Former California Gov. Jerry Brown came up with the idea of launching a satellite to help combat global warming. “It goes back really far because if you remember, he earned the nickname Gov. Moonbeam for a proposal back in the 1970s where he proposed that California launch its own satellite to space. That was viewed as far-fetched at the time, then fast forward to a few years ago, 2018, he proposed doing a different kind of satellite — a climate tracking satellite. The technology progressed so much that it's not really as big of a lift to talk about the state having its own satellites in orbit,” said Barboza.

Barboza adds that regulators and scientists say more accurate monitoring is urgently needed to accelerate greenhouse gas reductions. “The window of opportunity for the world to avoid catastrophic levels of climate changes is rapidly narrowing. These satellites are designed to detect invisible plumes of pollution. Methane, in particular, is known as a super pollutant; it is much more potent and heat-trapping than carbon dioxide, which is the main greenhouse gas. And, they can be hard to find because they can be coming out of anything from a natural gas pipeline to dairy to a gas plant or even a landfill.”

Methane does not persist in the atmosphere as much as carbon dioxide, but it is much more potent while it is still in the atmosphere. “Methane is 80 times more potent as CO2, and a lot of these facilities where you may not see emissions from them, they are actually very damaging to the climate, and it takes either aerial or satellite measurements to be able to detect and quantify the amount of pollution coming off,” added Barboza.

Between 2016 and 2018, scientists surveyed hundreds of thousands of California facilities, pieces of equipment and infrastructure, including oil and gas wells, landfills, natural gas pipelines and dairies. They found that about 600 “super-emitters” were spewing more than one-third of the methane pollution. “They think that by detecting and flying and orbiting over these regularly, they will be able to contact those facility operators, get them to make changes, to plug up these leaks, and to do things to reduce their emissions.”

The program has developed under Gov. Gavin Newson as a public-private partnership funded by donors. “It is expensive, and they are talking about the first phase being over the next two years launching two satellites costing about $100 million. That would be to put up these two satellites," said Barboza. "They want to continue expanding after that in 2025 and put up as many as 20 or more satellites. That is going to require more funding, they require more donors, but this is kind of like a public-private partnership where you've got folks like the California Air Resources Board and NASA. It is kind of a lot of different players working together to put these instruments in orbit."

Barboza followed up with former Gov. Jerry Brown, and he said this plan is what he had in mind a few years ago. “He said he was eager to learn where exactly the methane is coming out and who is responsible. And, also, a plan to eliminate the methane, so he seemed very pleased. He thought California was well-positioned to do this and take the information and do something with it.”

Click the arrow above for the interview. Watch "LA Times Today" at 7 and 10 p.m. Monday through Friday on Spectrum News 1 and the app.