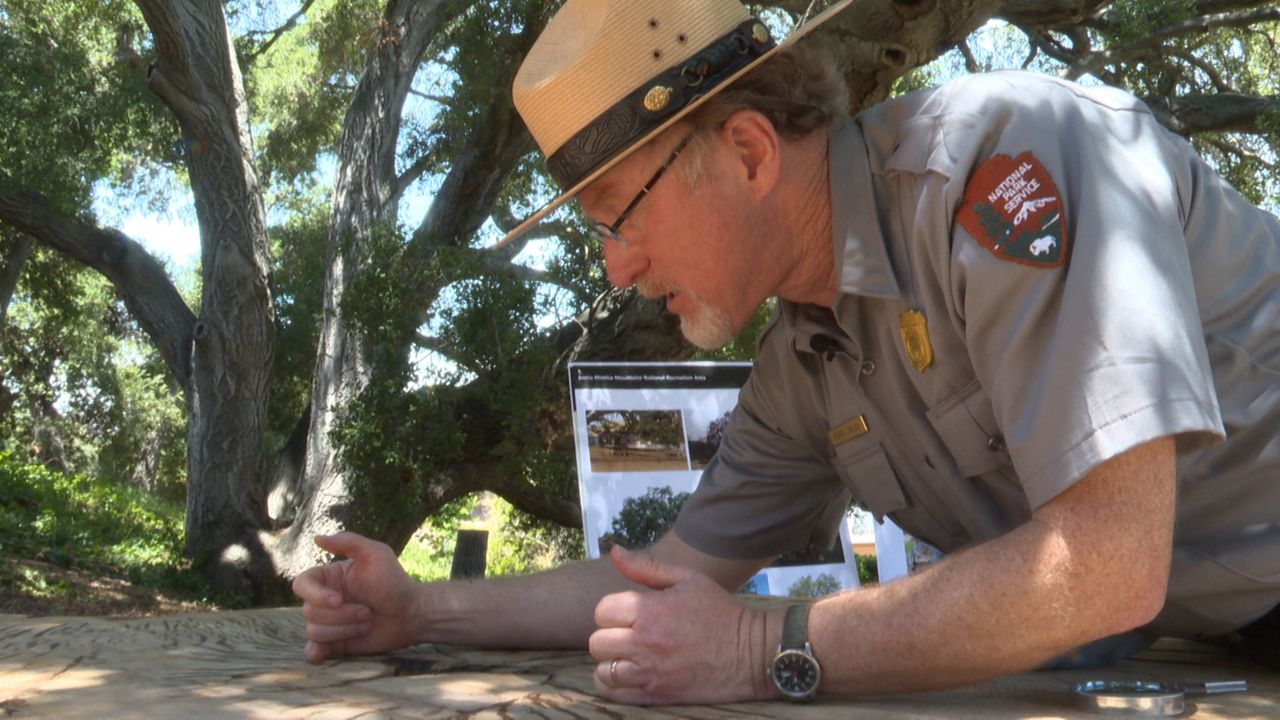 CALABASAS, Calif. – History can be viewed through different lenses and Ranger Robert Taylor uses a few when he’s examining the history of a tree.

“It’s even more handy if you put the magnifying glass on your face," he said as he donned reading glasses.

Taylor, a Fire GIS Specialist for the National Park Service, was recently tasked with a mighty assignment – determine the age of the majestic valley oak that stood at the center of Paramount Ranch. Despite everyone’s hopes, the 70-foot tree with twin trunks was unable to survive the damage sustained during the Woolsey fire. It was cut down this spring.

While trees can’t talk, Taylor says they can tell a story – through age rings and marks from past fires. 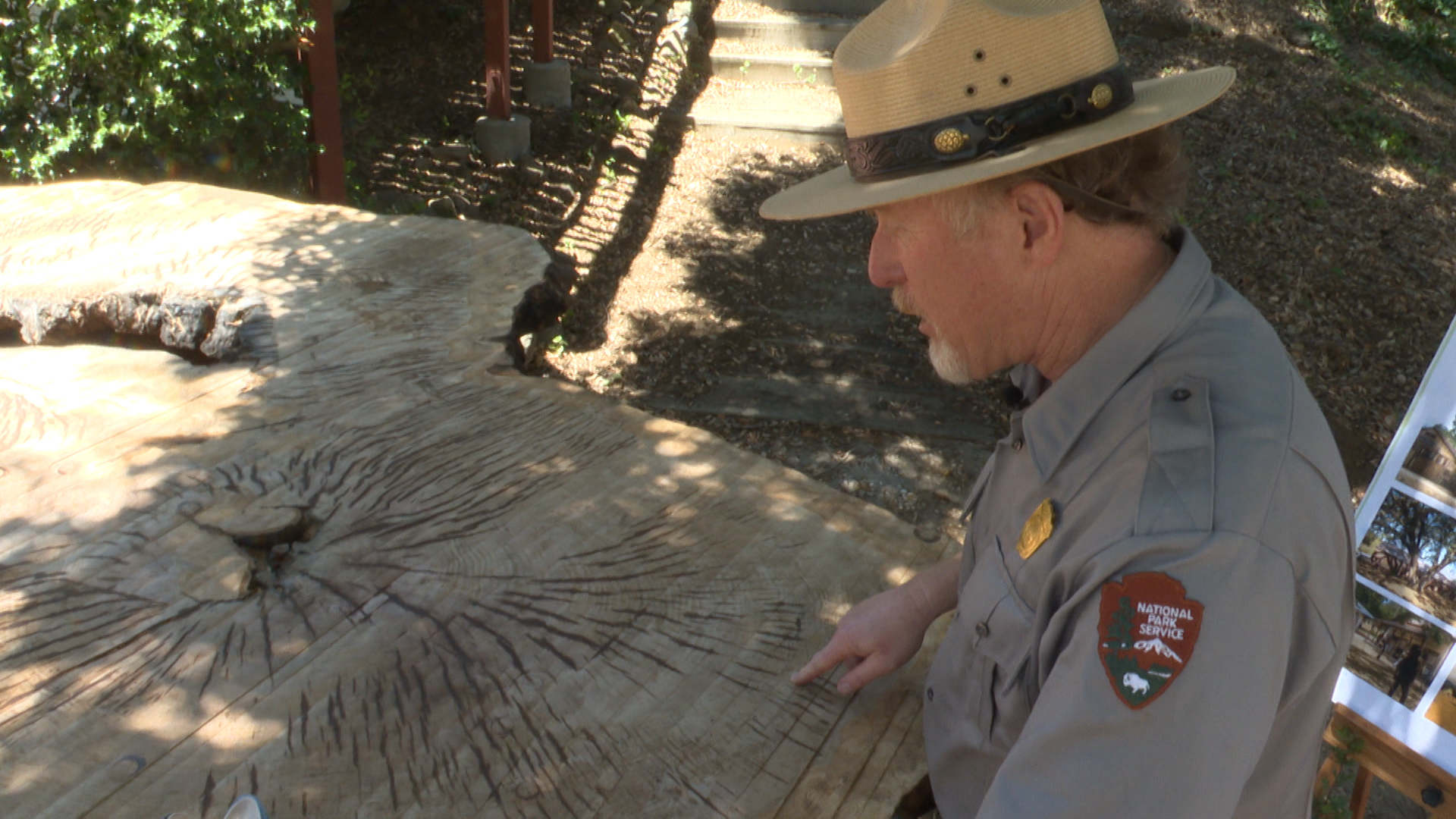 “At least two fire scars that are really clearly visible here," he says scrutinizing a large slab cut from the base of tree. "These date to like the 1890s.”

Meaning the tree is even older than that. Since the center of the tree is rotten, Taylor says it’s hard to pinpoint its age exactly, "but the very oldest rings we can count, which are right over here, are 140 years old.”

From there he estimates it could go back another five to 20 years, making the Witness Tree roughly 145 to 160 years old. That places its origin right in the middle of the Civil War.

The Witness Tree also held a few other surprises.

“There was a hidden hollow spot," explained Ranger Lonnie Maize, a certified arborist who was the first to notice something shiny hidden inside.

“What the heck is that?!” he recalled thinking as he caught site of the square base of a glass bottle.

He kept digging around in the hollow space -- “down into the ground actually," he said -- and uncovered a variety of objects, including an assortment of nails and a whiskey bottle. He even invented a few back stories. 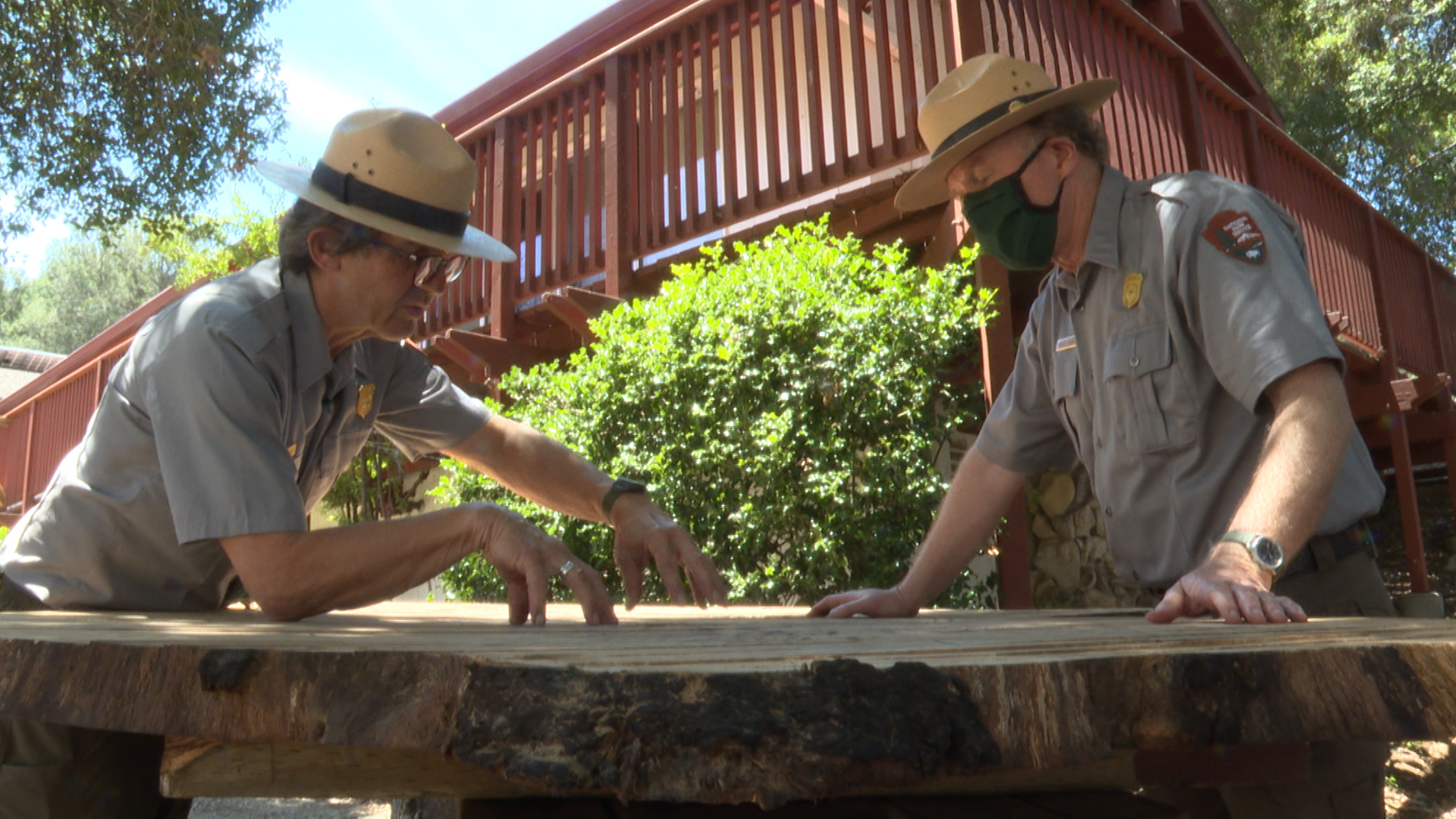 “I think there must have been a note from some guy telling some girl to meet him there," Maize said, imagining it might have said something like, "Look in the hollow tree and I’ll tell you where to meet me.”

The job of the National Park Service, Maize says is to protect and preserve nature and while they couldn’t save the tree, they do plan to preserve it.

“It has a lot more years ahead of it that it’s going to be enjoyed," he explained.

The wood will be used in a number of ways and the large slab they studied could ultimately be displayed in the visitor center.

“You can put a whole classroom of school kids around this thing," Taylor explained. "We get it shined up a little more and you can let kid climb all over the thing and count tree rings and teach them about fire scars."

"They will never look at trees again the same way," he added.