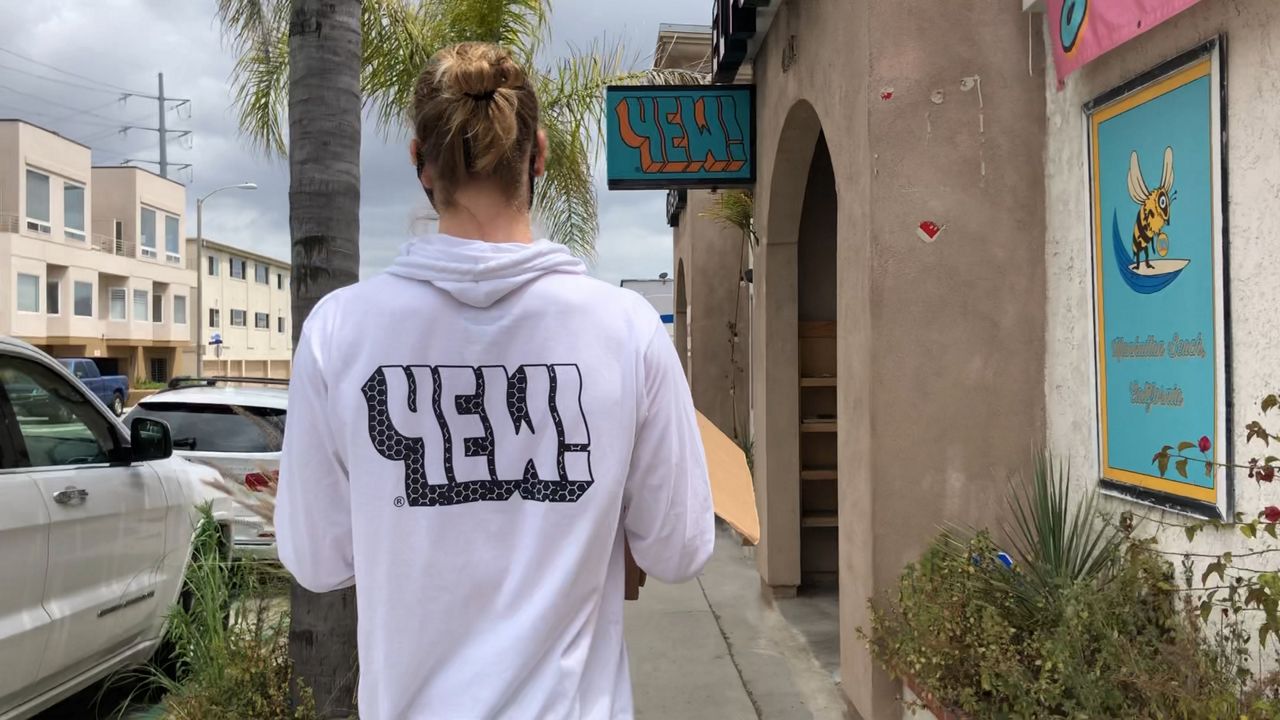 From Surf Wax to Hand Soap, Local is "Doing It Clean"


He is a one-man shop right now making, packaging, labeling, and shipping Your Environments Wax, or YEW. YEW is an environmentally friendly wax for surfboards and hockey sticks. The wax is paraffin-free and made of mostly beeswax, which has been harvested sustainably.

“I buy beeswax off of collapsing bee colonies. We source the wax from a generational beekeeper,” Peters said.

The surf wax was born as a formula concocted in Peters’ dorm room for an environmental science class project at Loyola Marymount University. After about 900 different recipes he struck liquid gold.

Now that he has graduated, he has been running operations out of a storefront in Manhattan Beach for the past six months. When COVID-19 shut down not just small businesses, but the beaches, Peters found a way to pivot.

He switched from making bars of wax to bars of soap, already having the ingredients he needed.

“Third time’s a charm. At least it didn’t take me 900 to figure out the soap,” says Peters.

Peters has made over 1,000 soap bars and is donating them to El Camino College for students who struggle to pay for their food and supplies. Even now that things are opening back up, Peters will continue to make and donate soap bars.

His motto with his wax has always been to “Do It Clean” to help save the environment, and now in the midst of a pandemic he is keeping hands clean.

“Put it this way, it’s only soap. I wish I could be doing more but it’s cool to be able to give back,” said Peters.

Peters has big dreams to keep creating and keep giving back. Every time he wants to do more he reminds himself, these small changes lead to big changes.