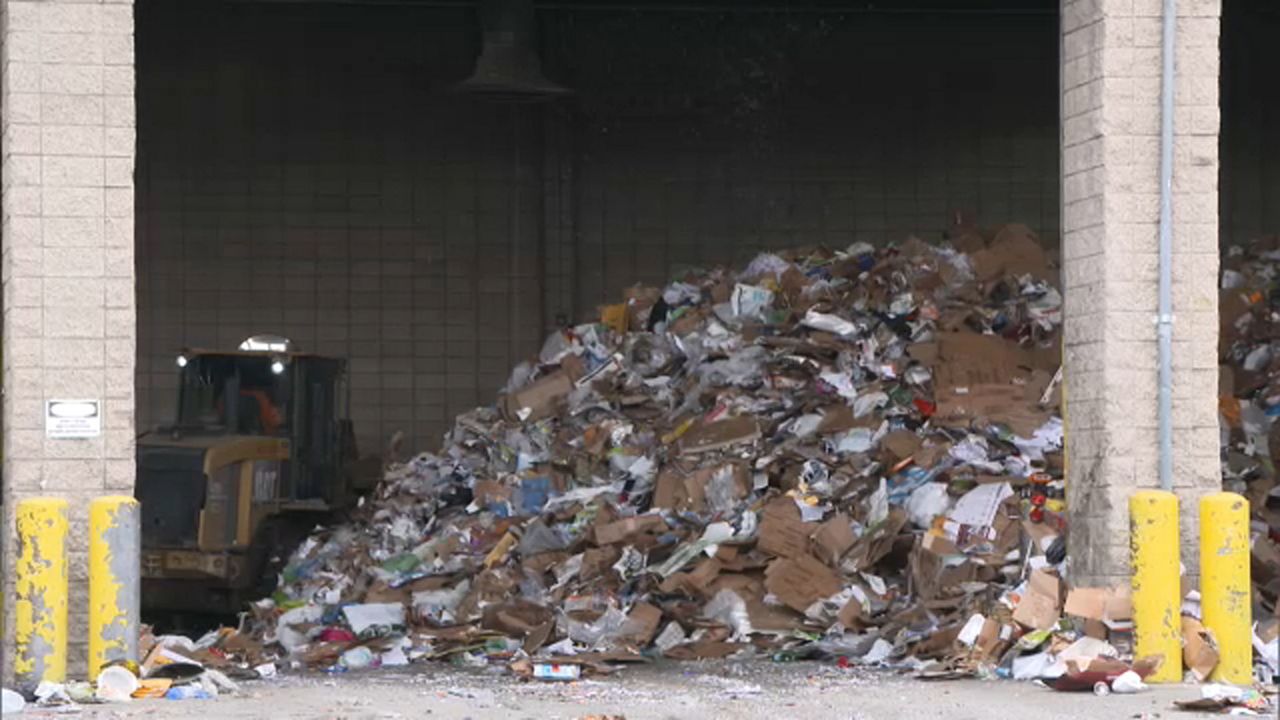 BURBANK, Calif. - The pandemic may have some positive effects on Earth Day - such as cleaner air thanks to fewer cars on the road and planes in the sky - but it has a negative impact in terms of diminished recycling. Kreigh Hampel with the Burbank Recycle Center says the coronavirus is causing changes he’s never witnessed during his 16-year tenure as a recycling coordinator.

“We no longer take bottles and cans. We don’t redeem those,” he said. “And we don't have drop-off for all the common recyclables like cardboard, paper, plastics.”

The center closed to the public on April 16th. Hampel says he has to minimize the risk of exposure for workers so he’s reducing the number of people they come into contact with.

“We couldn’t meet the health standards that are required to have a public space and we couldn’t keep up with sanitation,” said Hampel. “We couldn't keep masks enforced at the site, so we basically made the difficult decision to close down.”

Workers still process items that come in from business and residential pick-ups but they are taking extra precautions.

“They’ve always worn gloves, masks, eye protectors, things like that,” said Hampel “But now we are also distancing the workers. We spread out the lunch areas. We put in more tables. We added new bathrooms.”

The pandemic has some positive effects this #EarthDay - cleaner air thanks to fewer cars on the road - but as @Renee_Eng discovered at @BurbankCA's recycle center, the pandemic is also doing damage to our planet in terms of diminished recycling. https://t.co/ziSnLtVjWa pic.twitter.com/4K7RIebSM9

However, the likely fate for recyclables that used to be dropped off is bad for the Earth.

“A lot of that material will either have to be stored for a while or it will be landfilled and that's the unfortunate part of this, our landfill is going up,” he said.

It’s also a problem facing the Los Angeles County Sanitation Districts’ Puente Hills Materials Recovery Facility Recycle Center. It still accepts recyclables of all kinds but is not processing them.

“Because we're not processing, we basically mixed that up with trash and send it to the landfill,” explained Navnit Padival, an LA County Sanitation Districts senior engineer.

Employees at the center stopped sorting recyclables on March 19.

“We basically think that the blue bin material comes in contact with humans the most and poses the highest risk for our staff, who is on the sorting lines, so for safety reasons we stopped the lines,” said Padival.

He says unfortunately, there are few good alternatives to recycling so for now, the planet may just have to suffer.

“Most of the buyback centers have been closed so I would encourage residents to just continue what they're doing and eventually once we get through this crisis, we should be back online,” said Padival.

“We are losing resources. They’re going to be buried instead of reused and that’s always our goal - is to get the highest and best use out of materials that are already here,” he said.

Both Hampel and Padival say there may be some recycling centers still open in the greater Los Angeles area and it’s best to check with the city you live in.