EL SEGUNDO, Calif. — When the COVID-19 outbreak led to movie theaters closing across the U.S. earlier this year, the American Film Institute was faced with a new challenge.

Established in 1967, the nonprofit holds three film festivals per year, starting with AFI DOCS, which showcases the best in documentary programming in mid-June. Instead of canceling altogether, AFI adapted to the times and turned the in-person event into a virtual platform for audiences to enjoy online.

Now, with their larger, renowned AFI FEST presented by Audi currently underway, festival organizers have been able to build on that first virtual fest over the summer and have been planning AFI FEST since the moment AFI DOCS concluded.


“We learned a lot doing that festival," said Michael Lumpkin, director of AFI Festivals. "Right as the festival finished, we really started to think about what this one would be.”

Sarah Harris, director of programming at AFI FEST, added that AFI DOCS was a huge success. "So we built off of that experience and took some of the feedback we heard, and built that into AFI FEST being larger.”

Now in its 34th year, AFI FEST kicked off Oct. 15 and celebrates a diverse program of cinematic excellence that drives progress in filmmaking. This year's complete program includes 125 titles, of which 53% are directed by women, 39% are directed by Black, Indigenous, People of Color (BIPOC), and 17% are directed by LBGTQ+. A total of 35 countries are represented.

"We watched about 3,000 films collectively, both our screening committee and our staff together," said Sarah Harris, director programming for AFI FEST. 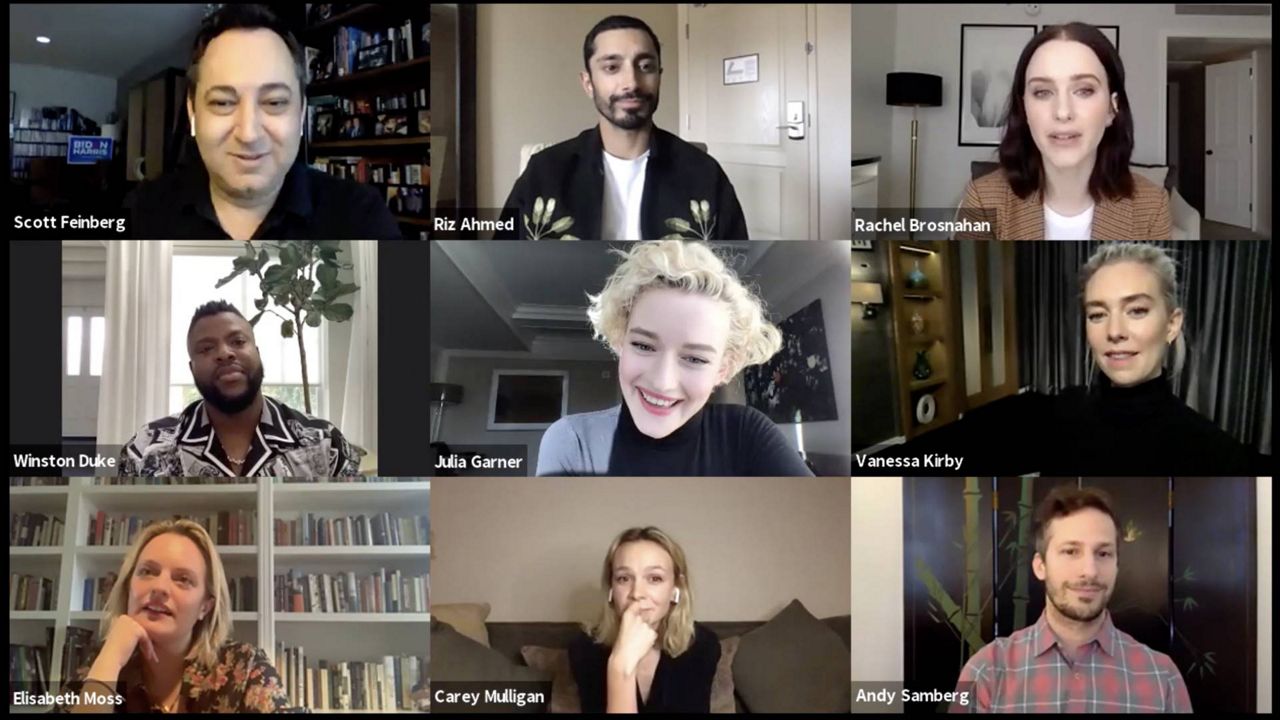 Taking a live festival and transforming it into a virtual platform was "a process," explained Lumpkin. “It’s trying to take elements of both ways of watching films and hopefully trying to bring the best parts of those two very different experiences together for a virtual film festival.”

Typically, a festival has a rigid schedule, often with multiple films playing simultaneously at various theaters. On AFI's virtual platform, however, a new slate of films "launches" at noon each day through an automated feature coordinated by the festival's operations team. Coordinators are on standby around the clock to assist with customer service.

Every afternoon, the festival holds a live AFI Summit, a virtual series of conversations and panels with storytellers. Its Special Presentation every evening consists of appointment viewings of high-profile films with live Q&A's featuring the films’ cast and crew — all joining through Zoom.

"Having to shift to virtual really made me realize to what extent we had the other one down," said Lumpkin, citing how AFI otherwise has their live event formula down to a science. "All the conversations were very efficient, and everybody knew what you were talking about. It was like, ‘Yes, you have a theater. It has so many seats in it, and at a certain time and a certain day, you’re going to be bringing people into that theater to watch the movie.'"

Due to the pandemic, many films were either getting shelved or postponed until next year, which meant Lumpkin and Harris had to continually keep in touch with studios and distributors to track many of these films and monitor release dates.

"Things were extremely uncertain and fluid," said Lumpkin, concluding that a virtual festival is far more challenging to put together than the typical format.

There were also extra steps that needed to be taken to ensure both audiences and filmmakers would be comfortable with the new platform as the festival date approached. Harris' team was prepared with informative "How To Fest" videos for each of their festivals this year to assist viewers at home, for example.

And since the new experience lacks a physical stage, AFI FEST had to pre-record most of their Q&A's with the filmmakers and talent months in advance for audiences to watch immediately following each screening at home.

"The conversations on the process and platform and security, and how people watch and how people access — that just takes a lot more time to talk through," said Harris.

But with all these challenges and the inevitable "Zoom fatigue" also came new opportunities for special moments.

"Some of these ... Q&A’s, because you’re in this weird Zoom world, they’re actually a much more intimate conversation," said Harris. Typically, the panel is held on a stage in front of roughly 500 people, so the virtual platform offers a chance to potentially hear something more powerful from the actor or filmmaker, Harris added. 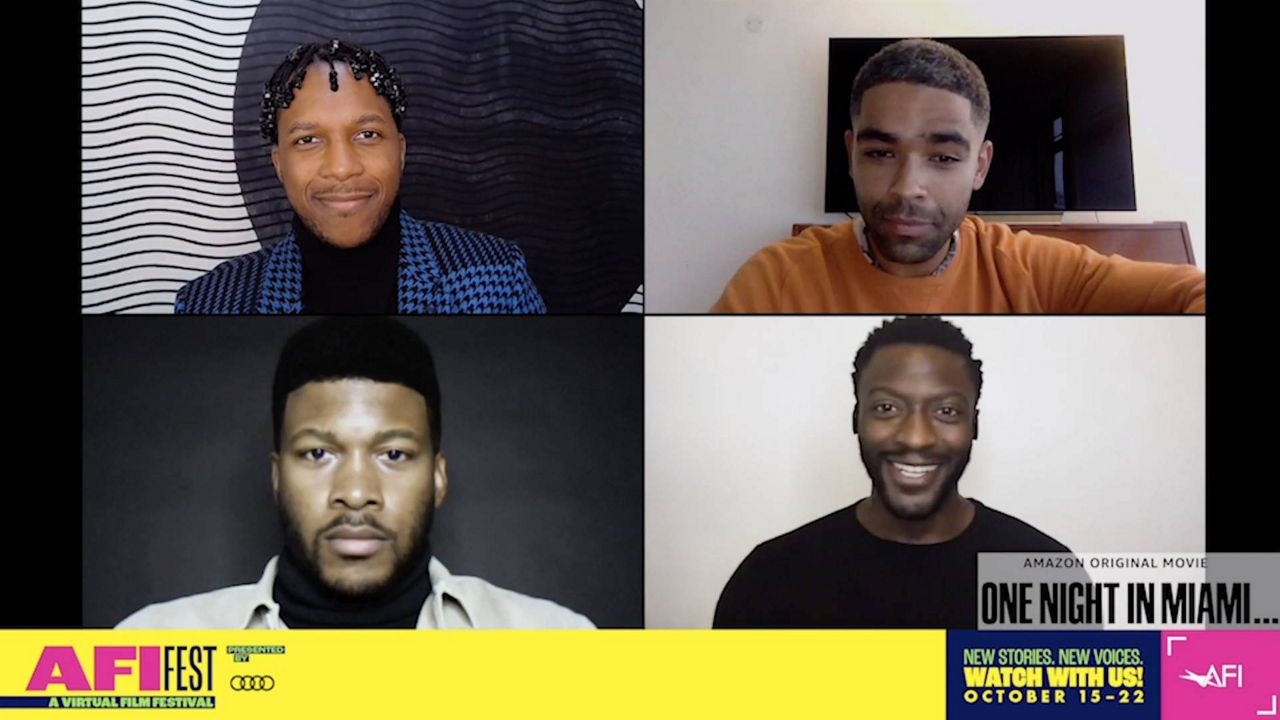 In terms of other perks, Harris explained that having an online platform has given filmmakers a unique spotlight in an otherwise tough year for the industry. "It offered a lot of opportunities for us to support films that didn’t have a chance to screen earlier in the year due to the pandemic, that now really can’t wait for a theater to reopen and that need an audience," she said.

Both Lumpkin and Harris can agree that one of the biggest advantages of this year's route is the accessibility feature. In a typical festival setup, the filmmaker has to be in a certain city, getting up on a certain stage at a certain time — which isn't always an option, especially for international submissions. Meanwhile, Harris reports that this year's AFI FEST is at 100% filmmaker participation for panels and Q&A's.

"The shift to virtual was an opportunity in many ways," said Lumpkin. "It was also challenging in many ways. It’s both figuring how to do it, but also making sure that you’re taking advantage of the format, that you’re using everything you can to make this a vital, important, engaging event online."

There is one film, however, that was able to screen in front of a live audience while adhering to COVID-19 restrictions enforced by state health officials. AFI FEST cleverly helped revive the "drive-in" movie-going trend by announcing earlier this month that Amazon Studios' new film One Night in Miami... would screen as the festival's "Centerpiece" presentation on Oct. 19 at the Rose Bowl in Pasadena.

In addition to the pre-recorded panel that introduced the critically acclaimed drama directed by Oscar winner Regina King, the film's stars Eli Goree and Leslie Odom Jr. made appearances at the live event, along with special guests Angela Bassett and Blair Underwood. Guests were required to stay in their vehicles at all times and wear masks if they needed to use the restrooms on-site.

“We wanted a film that would lend itself to a drive-in," said Lumpkin of the one-time-only screening. This was the L.A. premiere of One Night, a film inspired by true events that follows Muhammad Ali, Malcolm X, Sam Cooke, and Jim Brown.


AFI FEST continues to run on its virtual platform through Oct. 22. The schedule for the remainder of the online event can be found here.

Ironically, it is this platform's accessibility feature that could pose a new challenge for the future of festivals when they eventually return to a live format. Won't audiences miss having that option of engaging in Q&A’s from the comfort of their living room?

In the meantime, Harris maintains that festivals are cultural events that can still influence and empower people. "We tried to move forward with knowing that this would make a difference to our community, to the industry, to Los Angeles and our audience, and that filmmakers can’t wait, that their films should find a home, and that we could provide that as a festival."