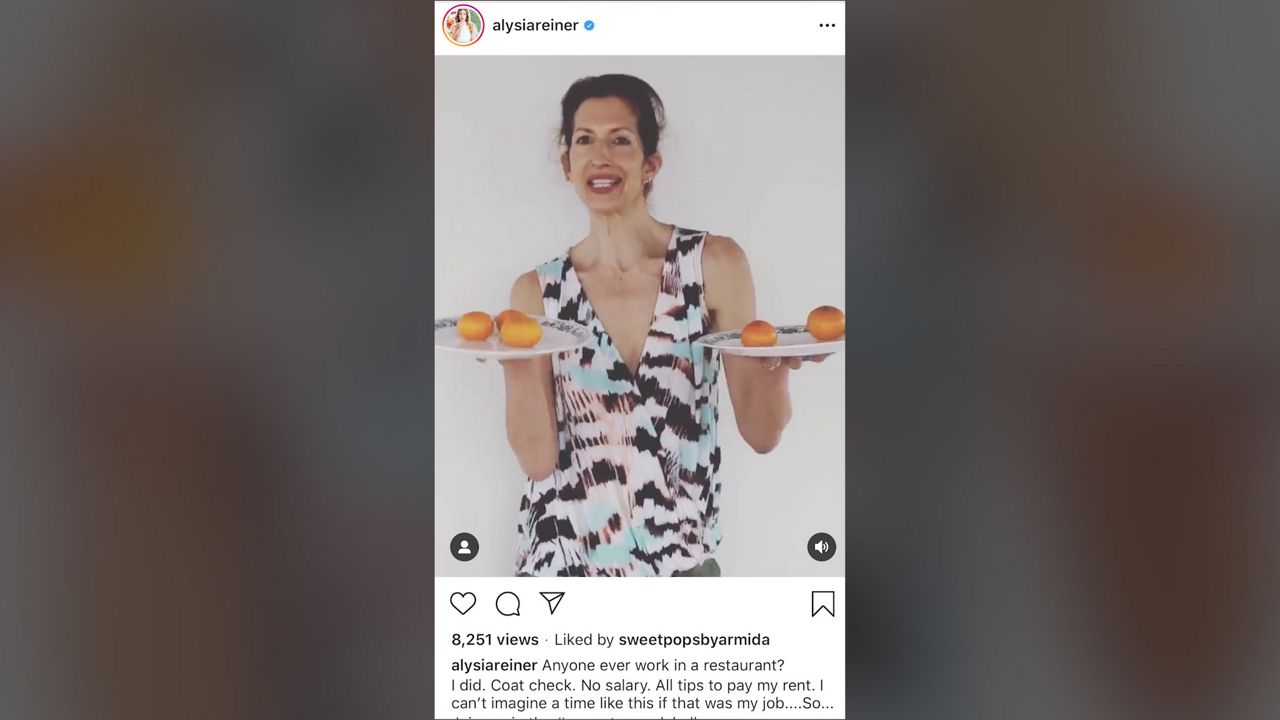 LOS ANGELES – Cooking in her kitchen, it feels like just yesterday when Alysia Reiner was working in restaurants in L.A., hoping to become an actress.

“My first time being a hostess I was 16 and it felt like such a pipe dream," she said.

Since then, she’s come a long way, winning a Screen Actor’s Guild Award for her ensemble role in Orange Is the New Black, among the other shows she’s on. Now, amid a global pandemic, she found her heart is with those in the essential service industry, where she started.

“So many artists who don’t make a living as artists, actors or singers, or painters…restaurant work is how they can afford to be the artists they want to be,” she said.

She’s using her platform right now to bring awareness and money to One Fair Wage, an organization advocating for restaurant workers, and right now they have an emergency fund to help those in the industry.

Alysia participated in their “You Got Served” challenge on social media to raise money for One Fair Wage’s emergency fund. She encourages anyone who can to help, too.

“Any dollar amount, five dollars. Think of all the lattes you’re not having,” she said.

No matter how far her career goes, Alysia will never forget it all started in a restaurant.

Anyone ever work in a restaurant? I did. Coat check. No salary. All tips to pay my rent. I can’t imagine a time like this if that was my job....So... Join me in the #yougotservedchallenge @1fairwage_official https://ofwemergencyfund.org/challenge needs your support to help all tipped workers. I challenge YOU ALL to do a silly dance with some plates & donate at link in bio ! & my official friend challenges are: @officialbethdover @therealannacamp @viccimartinez @lavernecox @kerrywashington @margosha777 & @oneoldog @OneFairWage #strongertogether #love #service #onefairwage