LOS ANGELES – Oscar Wilde surely never imagined a world in which his plays would be performed by a group of actors in separate locations for audiences watching on their phones and laptops. But here we are, a century and a quarter later, being transported to the English countryside thanks to Zoom and some clever virtual backgrounds.

“We are live," Leland Frankel said to the assembled cast of a recent live streamed reading of The Importance of Being Earnest.

Frankel and Jonny Perl met at University of California Los Angeles and later cofounded the Shinbone Theatre Company.  For them, the show came together quickly.  Frankel had the idea and within an hour, it was cast. 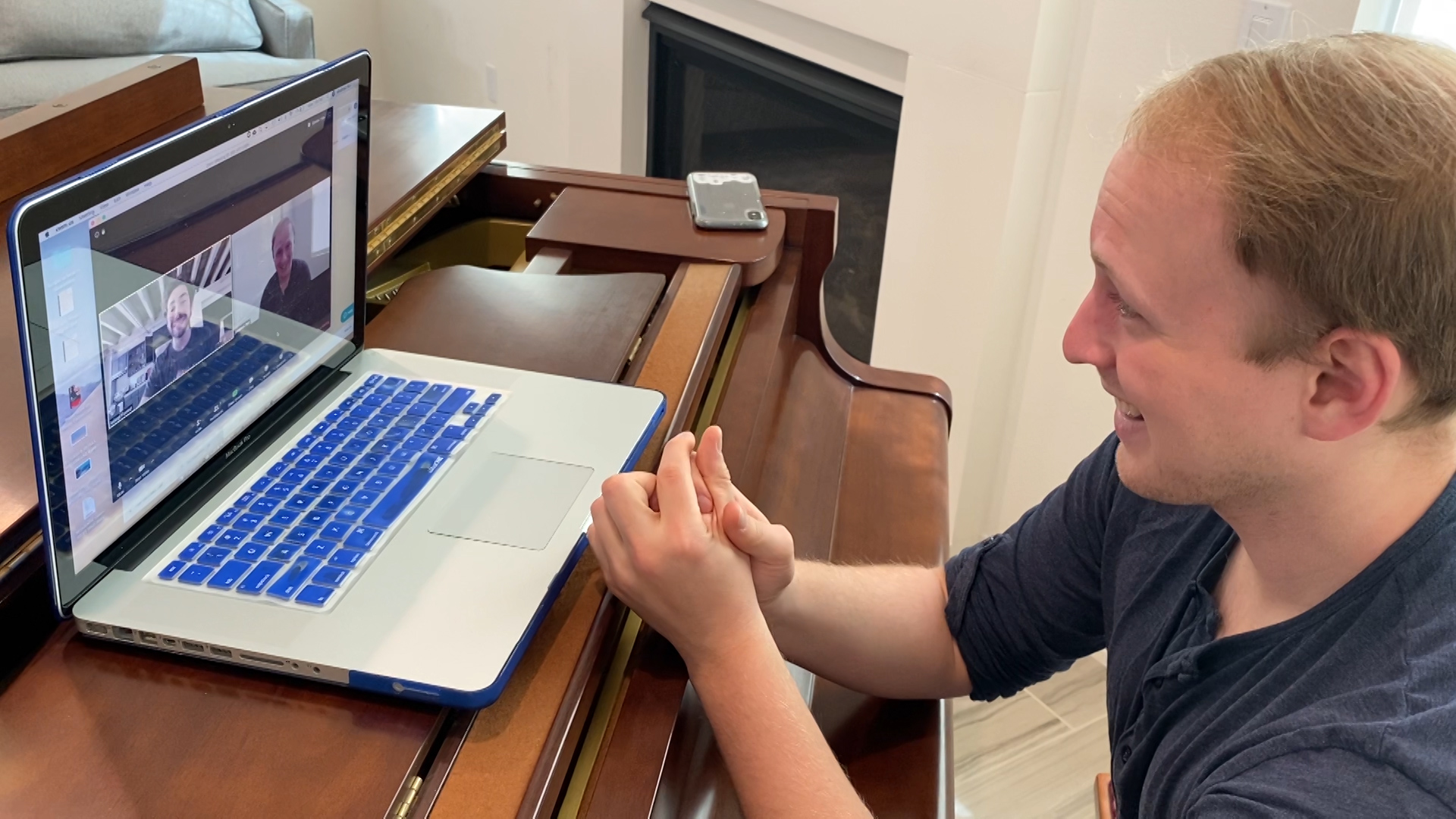 “We know all these incredible performers," Frankel said. "They’re trapped. They’re antsy. And it kind of came from this place of, well, let’s just do something for ourselves. Something that’s fun and light and helps us feel better.”

Even before the pandemic, Perl, who is a professional pianist, says they were already talking about live streaming an original musical. It sounded like a crazy idea but in just the past few weeks, it’s become the new norm, as COVID-19 forced the theater community to think outside the box.

Skylight Theatre Company is presenting a series of original plays created specifically for the internet. New troupes have emerged with names like The Pandemic Players and The No Pants Theatre Company.

In a way, the internet levels the playing field for small companies, giving them the freedom to take risks without worrying about losses.

A post shared by Shinbone Theatre Company (@shinbonetheatrecompany) on Apr 1, 2020 at 8:26pm PDT

“It’s a time to experiment and try new things," Perl said. "We can see what people respond to on the internet and sure, if something takes off in a way that people really respond to, who knows, maybe we’ll take that and put it in a theatre next.”

Until then, Perl, Frankel and other artists are focused on now, creating what they can, where they can.

“Creative people need to create and they’re going to create under any condition," Perl explained. "We’ve seen that throughout all sorts of trying times in our history and I think now is one of those times.”

“Will it be the same? No," Frankel said, "But will it be amazing on its own terms?  I think so. I think we think so and hopefully audiences will agree.”