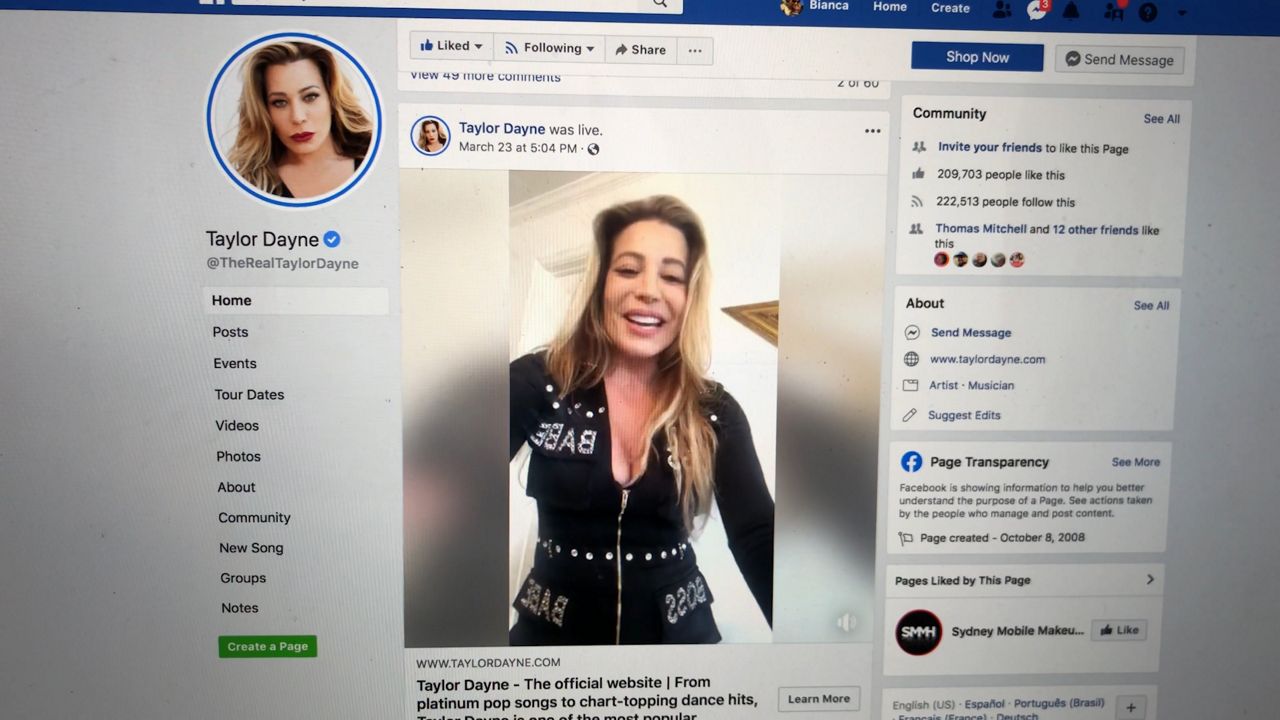 LOS ANGELES – When the world slows down, what exactly does that look like for a still touring 80s international superstar like Taylor Dayne?

“It will pass eventually it will break sooner than later we have to stay in the day-to-day positive. Give yourself gifts of take a bath, dance in your room, turn on things that make you happy,” she said.

One thing that makes Dayne happy is performing. While she loves the newfound time with her kids, at her core, she is a performer.

She has been doing live performances videos on social media, even wearing some show costumes as well. And she has been loving time at home for one particular reason, finally having dinner every night with her 18-year-old twins. While she deals with uncertain times for her senior students, it is also an uncertain time for her career and the entire music industry.

“A lot of artists are feeling the crunch because this indefinite date to cancel shows. We book things month in advance. A show that was promoted in April is cancelled, that was booked six seven eight months ago. That’s money that we counted on,” she said.

It’s not just impacting her or the other ladies of the 80s she was on tour with. The shutdown of an industry runs deep.

“My management is no longer in the office and they manager how many hundreds of well-known artists. My band, six of my players, their families, we toured with Lisa Lisa, Bonnie Pointer. That all came to a halt. So their teams,” she said.

She waits for the day she can be on stage again, for her and her entire team's livelihoods, but also, it’s where she belongs.