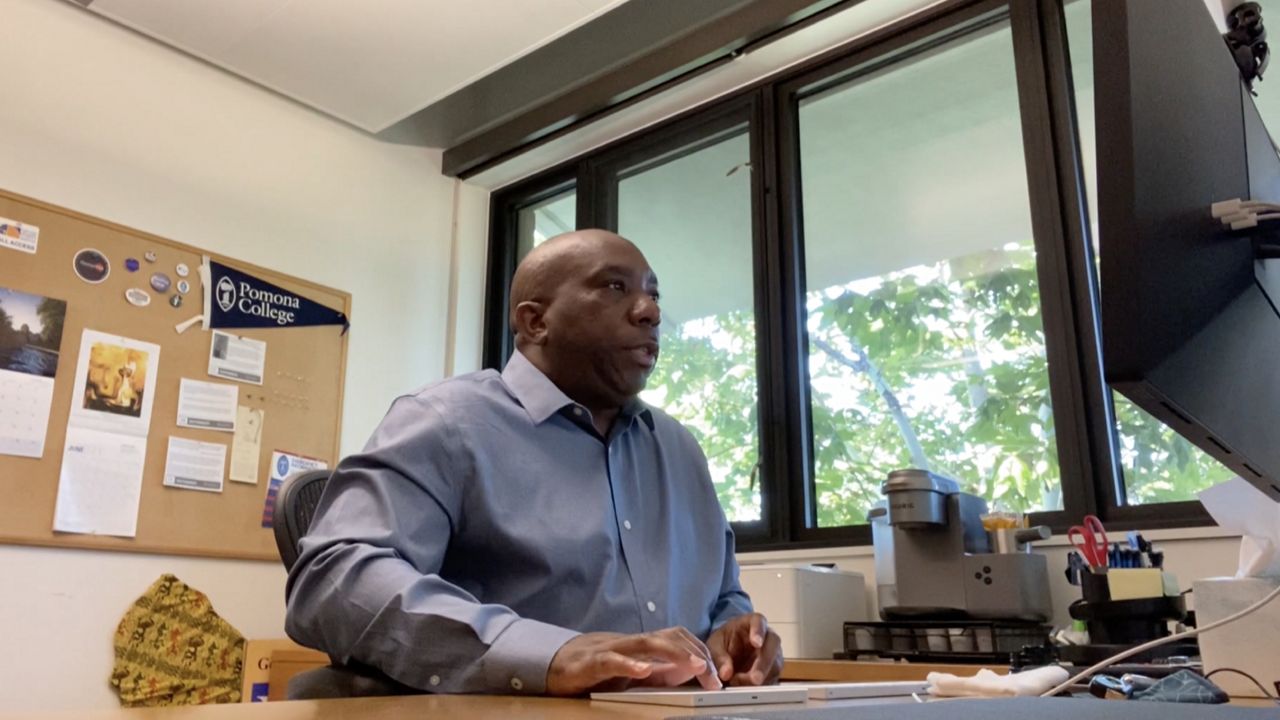 CLAREMONT, Calif. — A professor took a calculated professional gamble, and it’s paying off.

Dr. Edray Goins, a professor of mathematics at Pomona College, was recently awarded more than $120,000 in grant money from the National Security Agency to run an eight-week summer program in mathematics. He received hundreds of applicants so he took special care to select a diverse group of students, especially because the number of Black students majoring in math is dropping nationally.

Goins has devoted his life to math research and teaching — a path that surprised even him.

"I really did not like the math culture when I saw it," he said. "In fact, I really shied away from it for many, many years."

Nevertheless, Goins attained one of academia’s most coveted positions: a tenured full professorship in mathematics at Purdue University. That’s where he started the research experience for the undergraduates program.

It's now called the Pomona Research in Mathematics Experience summer program, an opportunity for college students nationwide who, like him, don’t feel like they fit in with mathematicians, while also focusing on people of color.

“They definitely have that interest. They just have a really hard time finding someone who’s going to take a chance on them,” said Goins.

Edmond Anderson, one of the participants, made it all the way to his senior year of college without any mathematical research experience, which ironically makes him the perfect candidate for this opportunity.

Goins is so devoted to opening math up to everyone that he made a career move that shocked many. He left his spot at a research powerhouse to come to Pomona College, a smaller liberal arts school.

“I had other friends who also told me that I was throwing my career away by going to a school that had fewer resources, that really had lesser of an impact in terms of the mathematics profession,” said Goins.

By leaving, Goins has been able to grow this summer program, devote more time to undergraduates of color and see more diversity within his department. There have been breakthroughs.

“We’ve had these really hard conversations where students have felt, say, a program like this is the first time they’ve really felt comfortable doing mathematics,” he said.

Since Goins moved to Pomona College, math has remained one of the top four most popular majors.