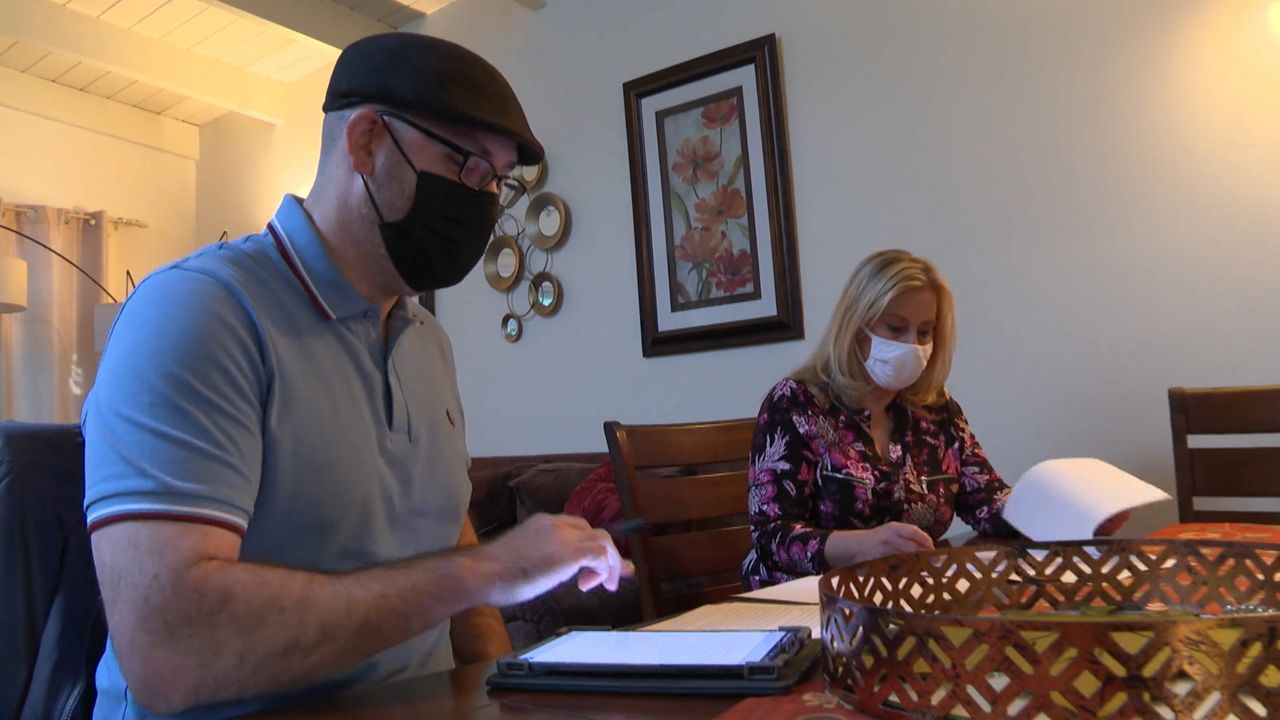 WOODLAND HILLS, Calif. — As a parent of a special needs student, Jodi Pisano is frustrated that the Los Angeles Unified School District is keeping students like her son, Nicholas away from in-person learning.

"For my autistic son, it’s been horrible," she said. "He stopped going to school in March. He’s completely regressed. He’s depressed. He won’t get up in the morning. I had to cut down my hours at work so I could sit with him and do online learning."


A typical school day during the pandemic has Pisano and her son Nicholas sitting on the couch during online classes. But it doesn’t take long before Nicholas becomes distracted and asks to end the session.

It’s a constant hurdle for Pisano’s son to stay focused during online sessions. Pisano is trying to make the best of it until she can get her son back to hands-on learning.

But LAUSD students won’t be going back to in-person learning anytime soon, according to a recent board meeting. Recently, the California Supreme Court rejected a lawsuit that had tried to get students back in the classroom.

According to LAUSD, there are more than 65,000 students with disabilities within the district that are facing similar challenges. But Pisano can’t wait any longer, which is why she filed her own lawsuit against the district for failing to provide in-person aides that she said her son would otherwise receive.

Pisano's attorney, Scott Ayers, represents four families within the district who are also seeing their children regress without the option of in-person services from the district. He noted that, in general, students with special needs have to work harder to recover from the services they’re not receiving.

“Every child with special needs is unique," said Ayers. "They are so unique that it requires someone with a broad set of experiences in order to address them. This is not both legally and practically speaking the obligation or the ability of a parent."

Pisano added that she’ll keep pushing to get Nicholas the services he not only needs, but deserves.

“I shouldn’t have to be doing this to get my kid the education he needs," she said. "That’s why I pay taxes. And LAUSD should not be denying him his educational needs."


Until then, Pisano remains hopeful that by sharing her family’s story, the district will bring back in-person special needs services for students who might need it the most.

According to a recent update by LAUSD Superintendent Austin Beutner, about one in three children in some of the district’s communities have been testing positive for COVID-19 despite being asymptomatic or not having a known exposure.

“It’s not enough to just say the words 'schools need to reopen. State and local government leaders need to match words with deeds. They must act to reduce the spread of the virus in the communities our schools serve, create a clear standard for a safe school that all can understand and quickly vaccinate school staff. Once that’s done, we’ll be at the school front door with big smiles [under our masks] to welcome students and their teachers back to classrooms where they belong," said Beutner.

"Vaccinations are a critical piece of the puzzle and we’re all frustrated at the pace of the rollout despite everyone’s best efforts. While every community across the nation will face a limit imposed by the number of vaccine doses it receives, the goal locally must be to ensure all in the community have access to the vaccine, in particular those who live in areas which have been most impacted by the virus and lack health care services."