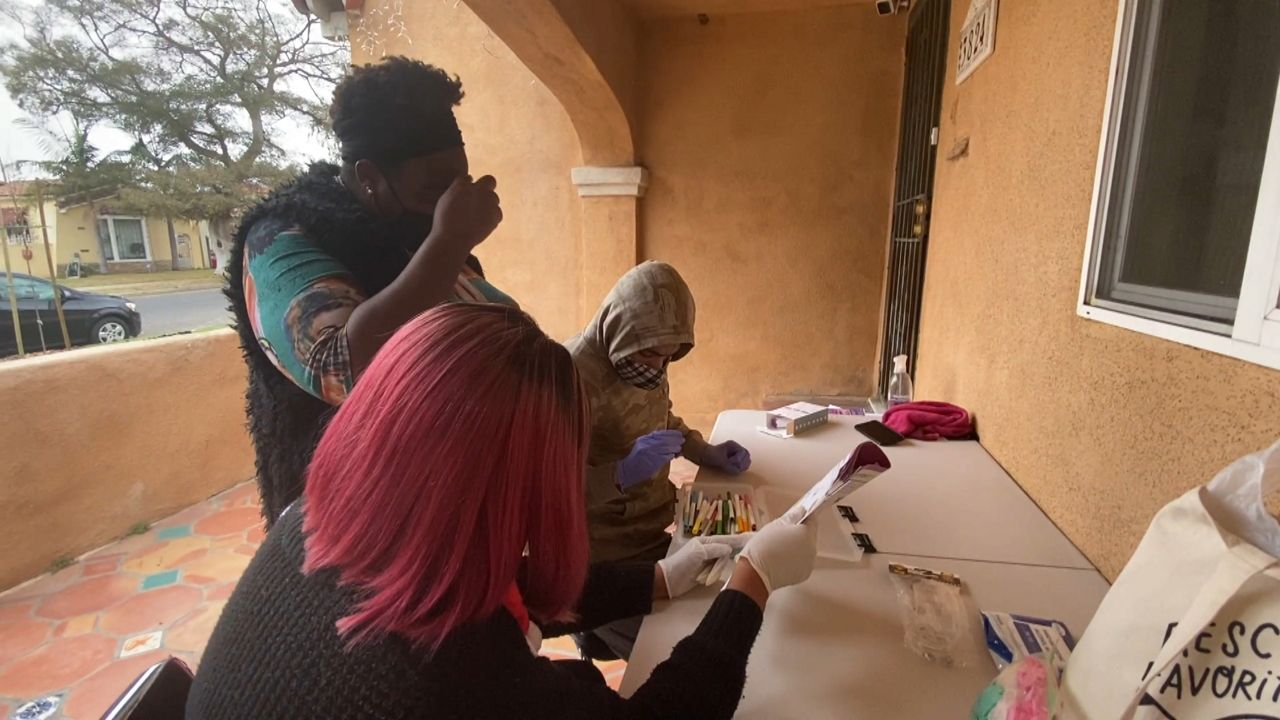 LOS ANGELES — A parent-led organization in the Los Angeles Unified School District conducted a survey to find out how students are managing distance learning.

They found that parents overwhelmingly want to have the choice for a safe return to school, in-person.

Anderson Moore isn’t able to leave the house. He understands his mom, Alberta, is high risk, but the 15-year-old really misses high school.

"You remember when everyone wanted to stay home and just don’t want to go to school forever? The irony in those," Anderson said.

"The irony that you want to leave home and go to school?" his mom, Alberta Moore, asked.

Alberta has two special needs kids. Anderson, who has Asperger’s syndrome, is extremely gifted academically. His grades haven’t dropped since shifting online, but Alberta said he really misses the interaction of school, leadership, clubs, and sports.

The space on their front porch is about as much fresh air as they’ve gotten in the last several months. They have to be extra cautious. Just before COVID hit, Alberta was finishing radiation.

"So I have diabetes, finishing radiation for breast cancer. I have high blood pressure. I’ll be 59, my husband is 58, and we are high risk," said Alberta. "So we have to accept, you know, what are our risks of him going back? And ours are pretty high.”

But still, Alberta voted in two separate surveys to allow parents to have the option to send kids back to in-person learning. While she isn’t planning on sending her son back until her family is vaccinated, she sees the impacts this is having on her kids’ mental health.

Her oldest, Travis, is 27 with cerebral palsy and autism. She said he’s lonely. COVID has reduced the program he’s enrolled in to home visits with an instructor once a week. This time last year they’d be having costume parties and meeting daily.

"The psycho-social impact is real," Alberta said. "Emotionally, kids are struggling. Kids are acting up and they don’t know how to respond because nothing has happened like this in our lifetime, nevertheless theirs.”

She said she saw similar results in both surveys she participated in, one for LAUSD and another for Speak Up, an organization of parents calling for a safe reopening of schools.

The founder of the group, Katie Braude, noted that 75% of the parents who responded want to have the choice to send their kids back to in-person learning. Speak Up is asking the district to explore outdoor teaching options and prioritize teachers in line for the vaccine.

"L.A. kids have come last for too long during this pandemic and it’s a huge moral failing," Braude said.

When he is finally able to return, Anderson said he’ll never take the simple things for granted again.

"My friends, and being outside and not being at home all day," he said.