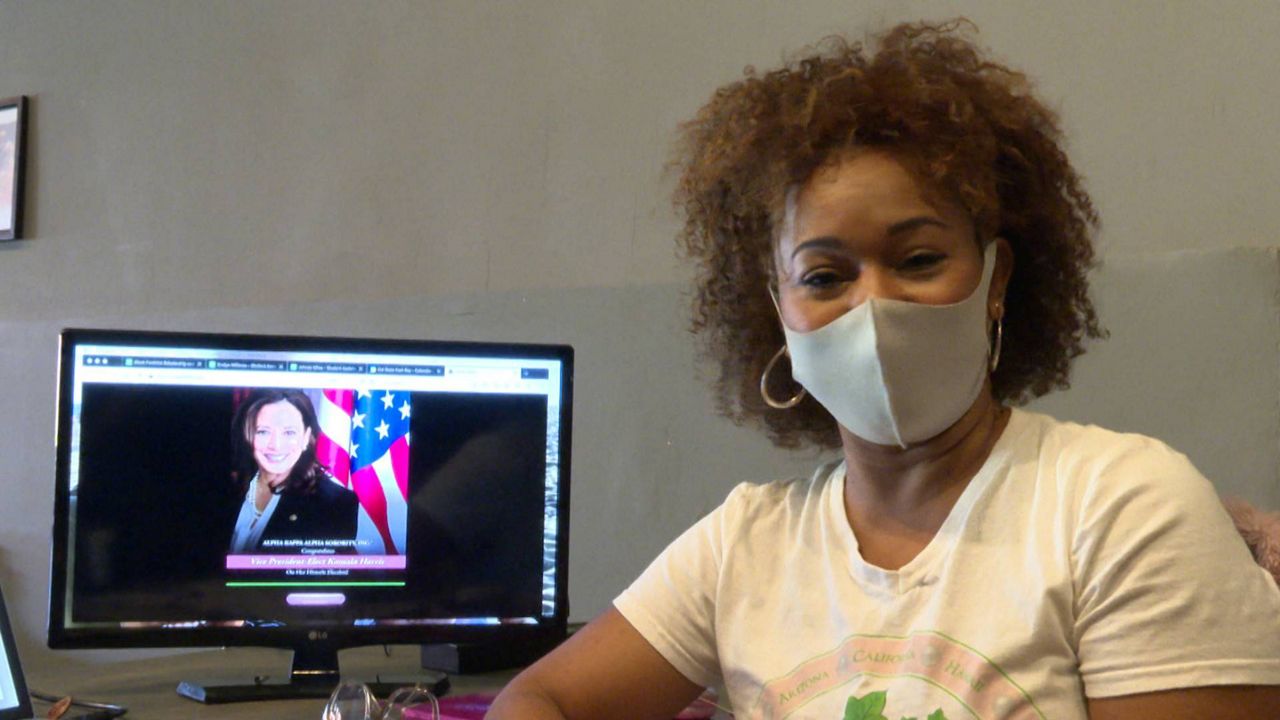 SOUTH LOS ANGELES — The first thing you see when you visit the official Alpha Kappa Alpha website is an image of Kamala Harris.

It’s the sorority of Anndretta Lyle Wilson, PhD and is also shared by Harris, who will become vice president on Inauguration Day. Wilson will watch the ceremony at The Metaphor Club in South Los Angeles in a scaled back event because of COVID-19. Still, it will be a celebration shared by AKAs and a whole lot more.


"Kamala’s victory is not a solo victory," said Wilson. "She understands that because she named her organization and other communities that she’s a part of."

Wilson is a western region AKA member who is proud to be a part of the oldest Black sorority in the country. As a Black feminism professor at Cal State East Bay, she is aware of what Harris’ elevation means for everybody.

“And I’m looking forward to Kamala to action that is consistent with Black feminist thought, around uplifting the most marginalized,” Wilson said. “We’re concerned with the overall elevation of all.”


Wilson's husband is the co-owner of The Metaphor Club’s incubator workspace along with partner Lawrence Ross, who wrote a book about the Divine Nine — the nine historic Black fraternities and sororities who all take pride in Harris’ political ascension.

“Everyone is really just gravitating to the idea that she is one of us,” said Ross.

Wilson, all of her sorority sisters, and the Divine Nine are now thrilled to see one of their own in the second highest office in America.

“Not only proud of her accomplishment, but proud of Black women in general who have been serial voters for decades,” Wilson said.

She will be joyful in watching Harris take the oath of office and will be happy to tell her future students about Harris’ place in American women’s history.