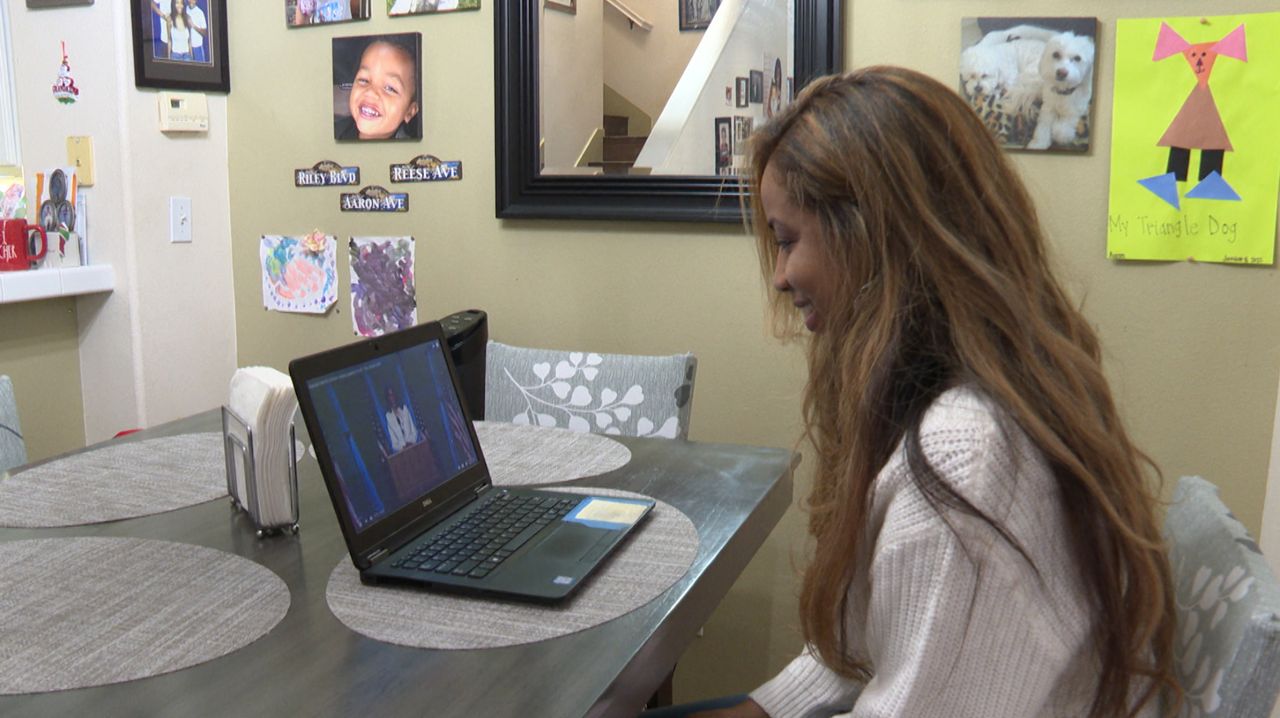 Kori Fernandez, a U.S. history teach in Watts, will be speaking with her students about Kamala Harris and the importance of her inauguration.

Fernandez is working from home, like many, since the start of the pandemic. She is a wife, mother, and high school teacher. Fernandez creates lesson plans that combine U.S. history with elements from current events. On Tuesday, Fernandez will be speaking with her students about Harris, an African American woman with South Asian descent, and the moment Harris raises her right hand as she’s sworn in as our nation’s new vice president.

According to the U.S. history teacher, all 150 of Fernandez's students are either Black or Latino children living in Watts who fully understand that racism exists.

"They see it every day," she said. "So hope is a wonderful thing, but sometimes it’s hard. Sometimes it’s hard to see past what you see every day. Kamala Harris is important because she is hope. She symbolizes for my students what they can be when they strive, if they strive,” said Fernandez.

However, the teacher stresses that not everyone can make it out of a tough neighborhood or situation just because they work hard.

"We know that it’s not that simple," said Fernandez. "It’s much more nuanced than that, but what Harris does is, she lets them know that this is possible for someone who looks like me, that I can bust past those systemic forces that have been keeping people who look like me down for so long."

Fernandez considers herself a mother of one, but also a mother to her students in the past and in the present. She has a son named A.J who is almost 4 years old. Fernandez plans to watch the inauguration with him.

"While he can’t grab the magnitude of it, mommy does," she said. "I just can’t wait for him to grow up and really truly understand that that can be him because representation is so important, and my son has it in a way that I didn’t."

Growing up in Orange County, Fernandez explained that there weren’t many people who looked like her in her community, and the only African American person who left a legacy she learned about was Martin Luther King, Jr.

"I became a history teacher not to be an activist, to brainwash as so many teachers are being accused of, but to teach the truth because our students deserve it," she said. "It’s important that they know that their history makes up an incredible story that is America and I want them to know every bit of it."

It’s undeniable that Harris is making history with every political office she gains, but she isn’t the only one. Fernandez said we can also look at Democratic leader Stacey Abrams, Illinois Congresswoman Lauren Underwood, and Tustin city Mayor Letitia Clark for inspiration.

“America is a beautiful story of hope, and Kamala Harris shows that,” said Fernandez, who plans to watch the Inauguration Day coverage with a box of tissues nearby.

January 20, 2021 will mark a new chance to heal, rebuild, and strengthen our democracy we all cherish.

And fulfilling the promise of this moment will require each of us doing our part—together.