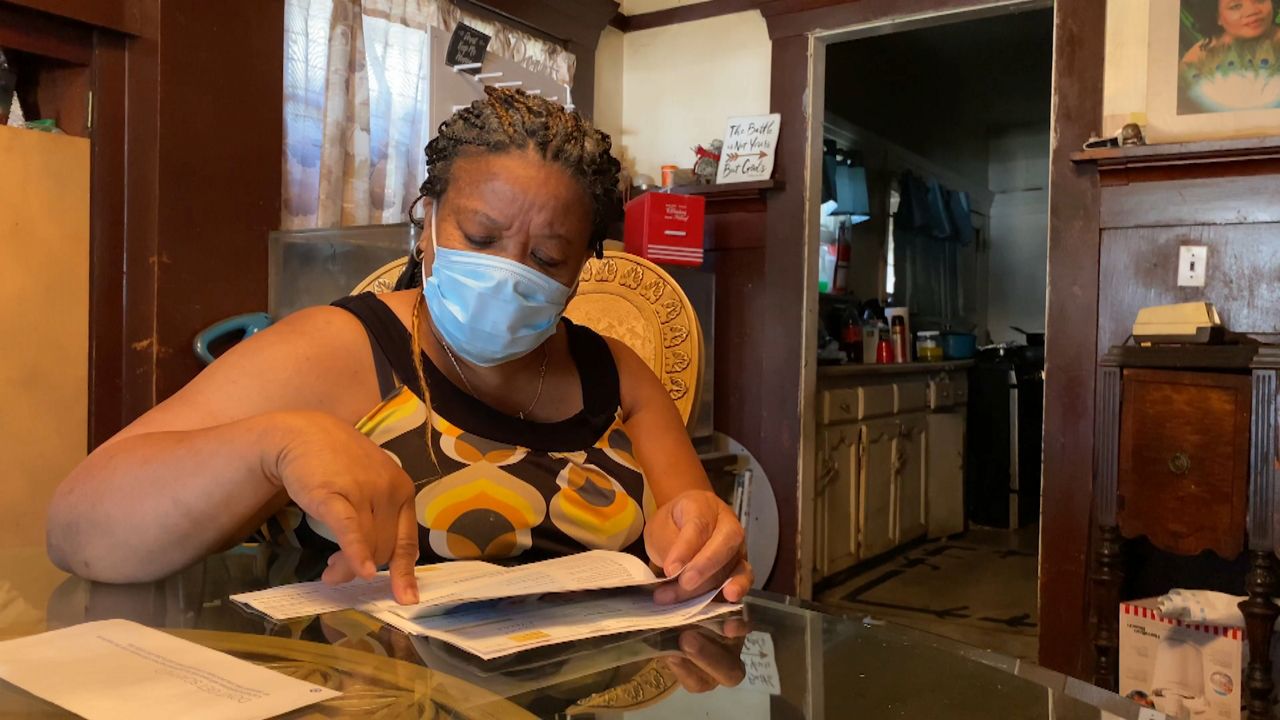 After inviting family to live with her amid the pandemic Deborah Bell-Holt of Jefferson Park finds herself in debt to LADWP.

JEFFERSON PARK, Calif. — A tsunami of love is what anyone walking into 67-year-old Deborah Bell-Holt’s Jefferson Park home can expect.

That’s why when the pandemic hit, she welcomed back with open arms eight of her children and grandchildren. All of a sudden, her household grew from four to 12.

“As long as I have enough couches, floor, bedrooms, even a chair you’re welcome. I would never turn my family away,” said Holt.

But those extra family members added another wrinkle to Holt’s already complicated situation with water affordability. At the beginning of the pandemic Holt owed $8,000 to LADWP, now her debt is over $17,000.

“This is incredible. This is absolutely incredible,” said Holt.

She prioritized the growing food bill and rent but with her fixed income it became harder and harder to make water payments.

“All of this is based on paying it with retirement money. Paying it with stimulus money. That’s what I paid it with last time, stimulus money came in, I hurried up and gave them the whole thing. But who knows what’s gonna happen next month?” said Holt.

She changed her flowers for artificial ones. Unplugged her water fountain in the living room. Gave away her fish and emptied her aquarium. But it hasn’t been enough, what’s keeping the water flowing she said is the water shutoff moratorium that the Governor imposed at the start of the pandemic.

“I go around and I’m checking faucets, and I’m checking tubs and 'ok you can’t take bath today because you took a bath yesterday.' So, we alternate who can take a bath what day,” said Holt.

“What the state water board found is that there is a billion dollars in water debt affecting nearly five million Californians, that’s shocking and sobering,” said Nelson.

Nelson said the same communities that are being hit hardest by the pandemic are the ones with the most water debt.

Some work is being done on this, Senate Bill 222 attempts to create a statewide water affordability assistance program.

Holt hopes it will pass soon, so it can provide her the relief she needs.

But she’s looking forward to the day when she doesn’t have to celebrate every time she turns on the tap.

LADWP said they aren’t assessing late fees for customers that can’t pay and that they have low-income and other assistance programs available for people like Holt.