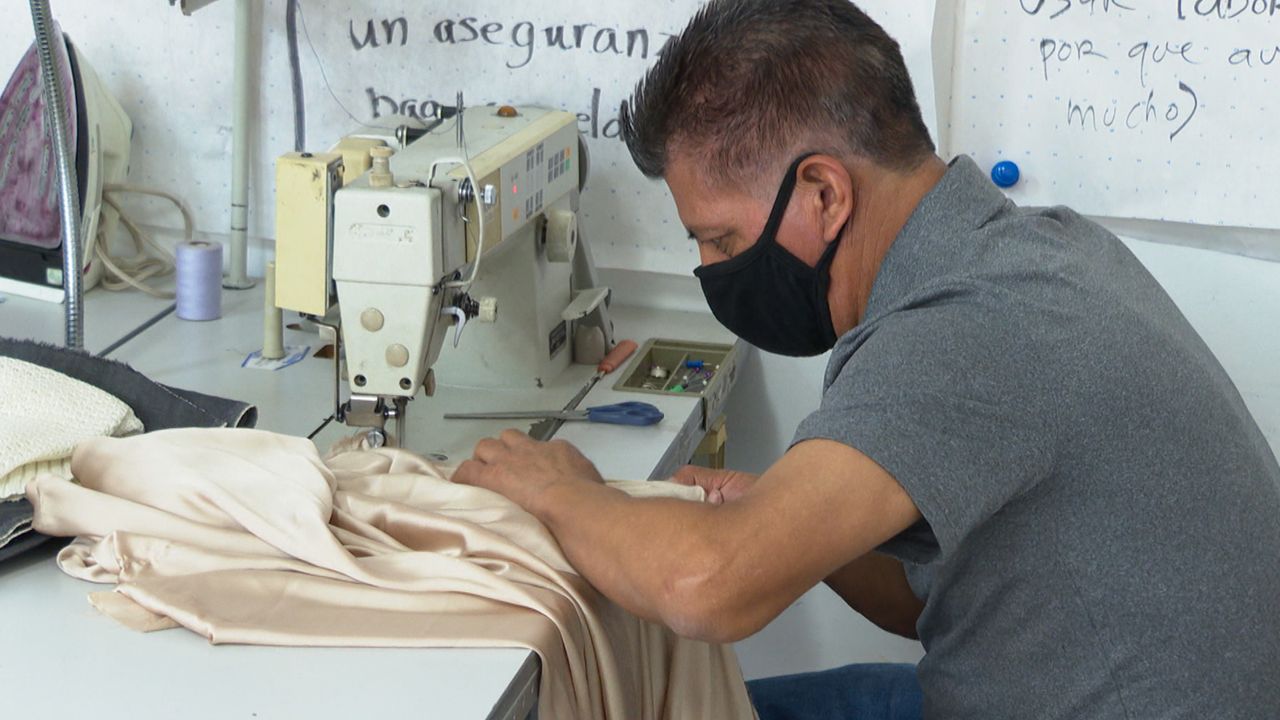 LOS ANGELES, Calif. – Stitch by stitch, sewing has been a way of life for Francisco Tzul for over 15 years. It’s a job that pays but barely.

“With the $300 that I get a week, it’s only to pay for the rent," Tzul said. "What about food, clothing, entertainment?”

Tzul said he was scraping by, living with roommates but it got worse when the pandemic hit. He lost his job in a garment factory and couldn’t find another one.

“So March and April, the whole month not working, very afraid and nervous of not having money in my pocket and not even a saving account,” he said.

After he learned Los Angeles Apparel was hiring workers to sew face masks in April, he said he jumped at the “golden opportunity.” The job paid double what he was making before but something else worried him.

“The first time I got there, I realized there were so many people, and well, you get nervous because of the pandemic and the virus and all of that,” he said.

Tzul said workers were socially distanced when clocking in and temperatures checks were done. However, work areas were separated by cardboard, sewing machines were not cleaned properly and during lunch breaks, workers took their masks off. Three weeks into the job, he caught coronavirus and spent more than a week in the hospital.

“I was ready to go home, my roommates did not allow me to go back to the apartment. So at that time, it was like, my mind was completely blocked, I didn’t know what to do,” he said.

Tzul’s experience at the L.A. Apparel factory — which L.A. County officials shut down after four workers died and over 300 employees became infected — highlights bigger problems in the garment industry, especially poor working conditions and low pay. Workers are paid cents per piece and it can add up to a few dollars an hour, making it difficult to earn a livable wage.

“That’s why workers end up in the factory doing 10-hour days, often the majority of workers are also working a half-day on Saturday,” said Daisy Gonzalez, a lead organizer with the workers’ rights group, Garment Worker Center.

The Garment Worker Protection Act passed the California State Senate and heads to the state Assembly on Wednesday.

Tzul said he had been excited to make minimum wage at his L.A. Apparel job but it nearly killed him. While he is still looking for housing and has found a new job at another garment factory, he said he hopes by speaking out, much-needed change in the garment industry will come sooner rather than later.

“I just want to say I’m really happy to be alive. That’s the most important thing for me now,” he said.