In March 2020, Natural Products Expo West, one of the largest conferences in the food and beverage industry that attracts over 80,000 attendees, was the first major convention to postpone its annual event at the Anaheim Convention Center because of concerns related to the nascent coronavirus.

“It’s really symbolic,” said Burress to Spectrum News. “They were the first group to cancel, and now they are the first large group to return.”

The return of the Natural Products Expo West show and next month, Wondercon, as in-person conferences comes as cases from the latest omicron variant wane and the state dropping its indoor mask-wearing mandate for vaccinated and unvaccinated people.

For the past two years, the one-million-square-foot Anaheim Convention Center, once a bustling meeting and event space in the heart of the city’s resort district, has been mostly empty because of pandemic-related restrictions. 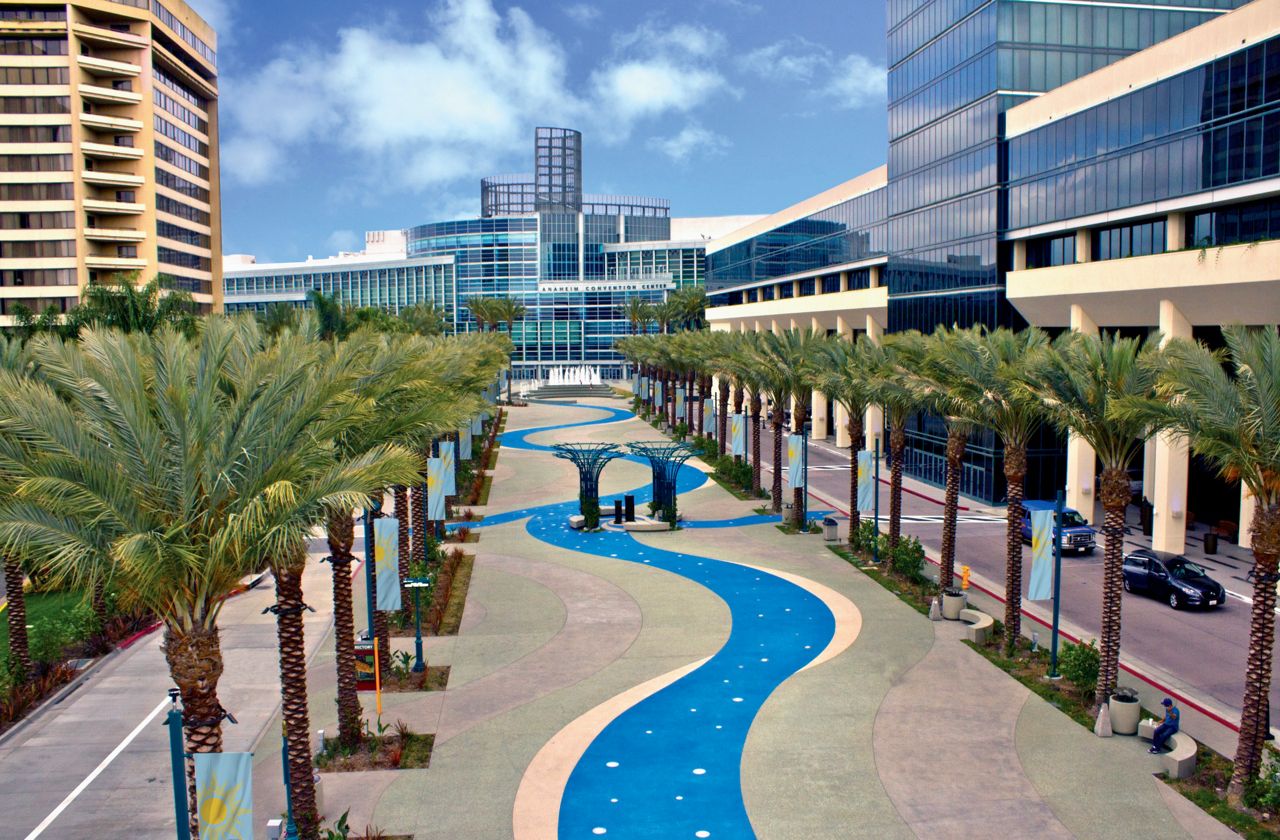 The lack of meetings and conventions has hurt the city’s pocketbook. The convention center is one of the city’s economic engines, much in the same vein as Disneyland, Honda Center, and Angel Stadium. It serves as a visitor magnet.

Many meetings and convention visitors stay at nearby hotels, shop, and eat at local restaurants, said Burress.

Burress said he expects visitors to the Expo West convention, which hopes to bring in over 60,000 attendees, to book nearly 45,000 room nights at local hotels and support over 23,000 local jobs.

Burress said the convention could have as much as a $145 million economic impact and an estimated $2.3 million in tourism occupancy tax revenue for the city.

“This is something we used to take for granted,” said Burress. “We’ve hosted so many conventions. This is one of the economic engines for our city and for it to come back is fantastic. [Leisure] tourism has remained strong, but we haven’t had the group business back yet.”

In a statement to Spectrum News, New Hope Network Vice President of events Lacey Gautier said their team is excited to return to Anaheim.

“We’re expecting the usual energy and vibrancy that this event brings,” said Gautier. “It always feels like there’s a little something special in the air when the Grand Plaza comes alive with the various activations, yoga classes, and concerts. The natural products industry is ready and excited to return to this favorite community gathering, and we’re expecting more product innovation, thought leadership, and connection than ever before.”

Gautier said their community and vendors have been ready to gather in person.

“In-person connection is critical for business,” she said. “I feel as though this is the case for all markets, but particularly one that is centered on the innovation and discovery of natural and organic products. The ability for exhibitors and attendees to see each other in person, create real connections and experience… see, taste, smell… the products is paramount to the industry’s continued success and growth.”

Burress said it’ll be up to event organizers to decide the health protocols to attend a convention.

At Natural Product Expo West, masks will be required indoors and either proof of vaccination or a negative COVID-19 test to take part in convention events.

So far, everything is falling into place, said Burress. Conventions and visitors are coming back to Anaheim.

After Natural Products West Expo, Wondercon, one of the premier comic conventions in the U.S., is setting up shop at the convention center. In May, the Star Wars Celebration is coming, and later this year, Disney will host their D23 Expo fan event.

But, he said the meeting and convention business is not fully back yet. International leisure travel has not fully rebounded. And there’s a stigma from people in the U.S. that California is still closed for business.

Burress is heading to Mexico and Canada and going on a cross-country tour to promote Anaheim and the state.

“We’re excited to welcome visitors back to conventions,” he said. “We want them to feel welcomed and see how we appreciate them.”