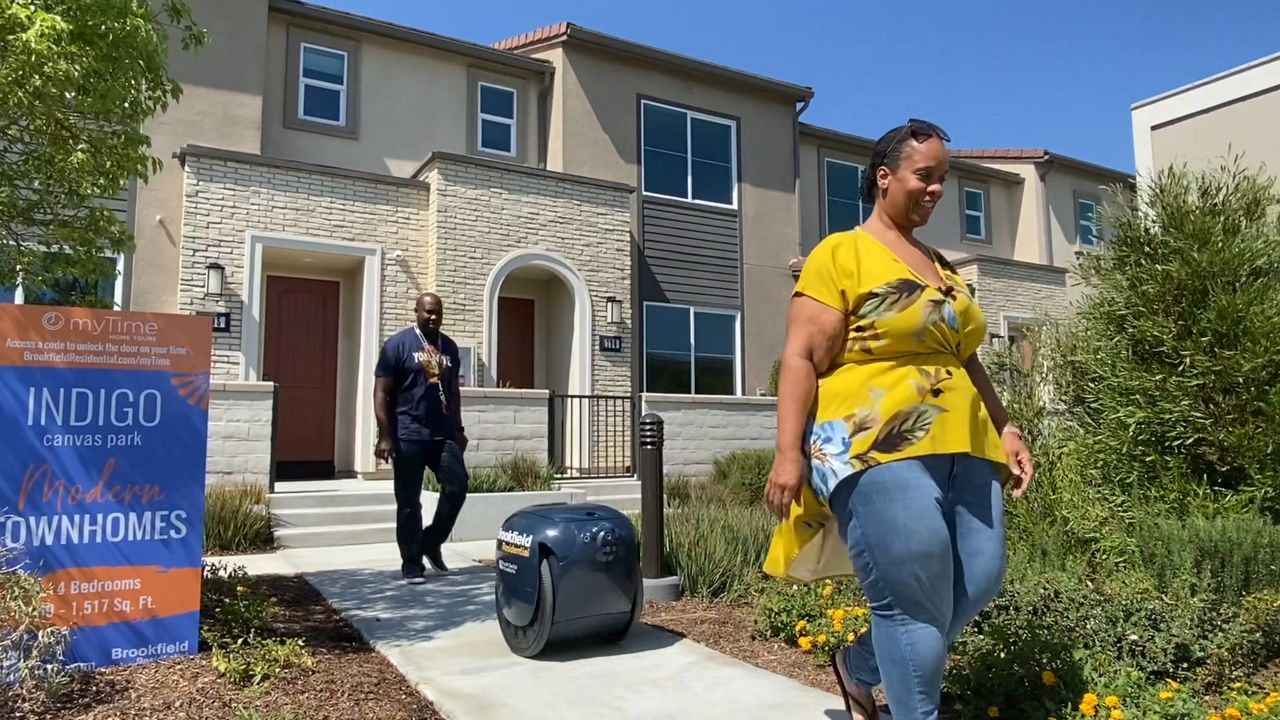 ONTARIO, Calif. — On hot summer days, when Melia Womack and her family head to the pool, it usually means taking a lot of stuff.

Recently, however, they had the help of a robot cart that follows Womack around.


"The kids, they enjoy taking it to the pool, carrying all our towels, their snacks, water, everything," Womack said.

"Because the way the community is built, it makes it easier to go grocery shopping, get a couple bags, put it in there," Womack said as the robot followed her. "She'll walk it home."

Womack also noted that having the robot follow her around definitely took some getting used to.

"It's interesting, you know, to get adjusted to it, but once we have it, it's like, 'How did we live without?'" she said.

Technological advancements like the Gita robot convinced Womack and her husband, Damon, to move to Ontario from Lakewood four years ago. They live in one of the nation's first "gigabit" communities, where fiber-optic cable is built into the infrastructure and provides ultra-high-speed internet to residents. It has helped the Womack family during the COVID-19 pandemic, as the parents worked remotely while their kids attended classes virtually.

Another tech amenity the family enjoys is that a smartphone controls their entire home.

"We don't have to worry about taking our keys anywhere, your wallet," Damon Womack said. "You can walk out the door, come back home, open it with your phone. It's awesome."

Communities equipped with "smart city technology" are starting to pop up all over the U.S., according to Tim Roberts, director of land entitlement with Brookfield Residential Properties, which worked with the city of Ontario to bring tech innovations to residents.


At a shopping center across the street from where the Womacks live, Roberts gestured to an "ENE HUB" — a futuristic streetlight that also provides wireless phone charging and WiFi.

The streetlight is also equipped with speakers that can play music or broadcast public service announcements. Roberts said working with Ontario city officials is vital to test out the innovations and that it's more challenging in places where infrastructure is already built out. They're planning to introduce even more tech, including drone deliveries, which was recently demonstrated, along with suburban three-wheeled electric Clevr Scooters.

"I think it's easy for a lot of us to envision that 'Jetsons' world where, someday, a lot of this stuff will be automated," Roberts said. "The steps to get there are going to be a learning curve of trials."

It's something Melia Womack said she's happy to be a part of.

"The world is moving that way, that everything is digital now. You can't get away from it, so everybody needs to embrace it."