Standing in a mostly empty parking lot outside of an affiliate office near Dallas, Kedzierski, the senior vice president at Chicago-based Motorola Solutions, forgot his badge that would allow him entry into the building.

"At the beginning of this year, offices were still mostly empty," said Kedzierski, recalling the story. "I'm thinking, 'Who's in there that could get me in?'"

Eventually, he found a way in, but the experience left him wondering if there was an easier way to access an office building than a conventional badge or keycard.

Motorola Solutions, an offshoot and successor of Motorola Inc., which specializes in creating communications products and services for first responders, law enforcement and critical infrastructure personnel, began talking to Openpath earlier this year.

Talks of a partnership between the two companies quickly turned into serious negotiations.

Last week, Motorola Solutions announced that it had acquired the proptech startup based in Culver City.

"We couldn't be more excited to add them to our portfolio," said Kedzierski to Spectrum News.

"This was really two organizations that came into one another's spheres," said Segil to Spectrum News. "We share much of the same vision in the physical control access category and the changing dynamics of the grid."

For Segil and Kazerani, both serial entrepreneurs and partners, this latest acquisition marks another successful tech startup that they've built from the ground up and sold in the market. Before Openpath, Segil and Kazerani co-founded Edgecast Networks, a content delivery network that sold for $400 million to Verizon in 2013.

Segil and Kazerani began developing Openpath in 2016 and launched their keyless access product a couple of years later. 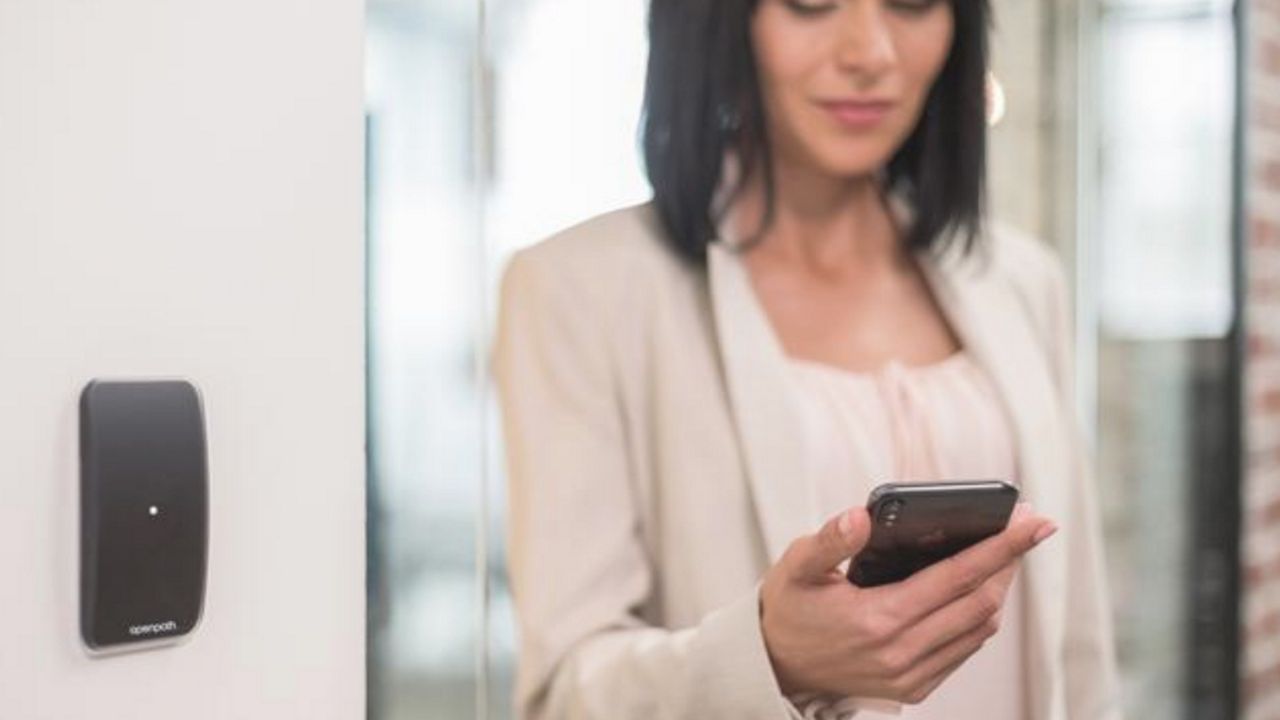 Using a cloud-based system, Openpath allows employees through an app to wave their phone or hand over an access portal to walk inside a commercial building.

Openpath's product also allows building owners and landlords real-time knowledge of the number of employees or people inside a room, who they are, and the ability to lock and open doors remotely. The company recently launched a video reader.

Since founding the company, Openpath has raised several millions of dollars and, most recently, $36 million at the height of the coronavirus pandemic. The Series C offering highlights the changing commercial building landscape that touchless and contactless access could be a necessary amenity in the COVID and post-COVID world.

"There's a huge opportunity and demand for this kind of product," said Segil. "We have a pipeline of customers that is robust, and we'll be able to fulfill all of their needs with Motorola Solutions."

Kedzierski of Motorola said the acquisition of Openpath continues a long line of company purchases by Motorola Solutions in the video and physical security industry.

Since 2015, Motorola Solutions has spent more than $4 billion acquiring companies like Avigilon, WatchGuard and Pelco Enterprises, among others, in the sector.

"We went from not being part of the industry to being a leader in the industry in about three years," said Kedzierski.

Kedzierski said adding Openpath and scaling their keyless access control technology to commercial buildings worldwide means it's one less thing for an employee or consumer to carry around.

"It's frictionless access," he said. "Imagine being able to go in your place of business or even a gym. It's one less thing to remember that you can do through an experience on a device that you always carry. People are more likely to remember carrying their phone than their wallet."

"You have that [cellphone] on your person," he said. "It makes it frictionless. It's contactless. You don't have to touch anything to get inside a place of business. You get an overall better experience."

CORRECTION: A previous version of this story incorrectly stated the name of the business called Pelco. The error has been corrected. (July 28, 2021).