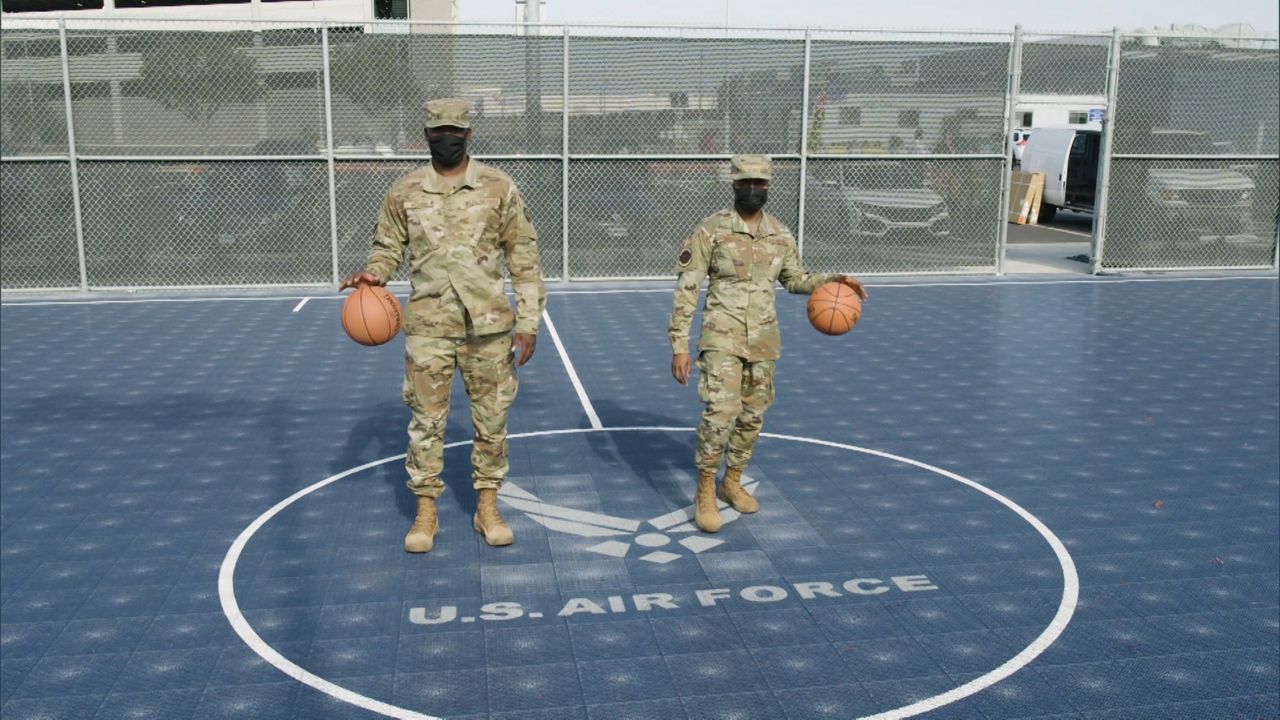 As part of their "Hoops for Troops" program, the Lakers wanted to thank them for their service and present them with a basketball-themed surprise.

"I've been a Laker fan since birth. It's been a bonding experience for me growing up watching Laker games with my dad," Savage said. "I was truly inspired by the Kobe and Shaq dynamic. The confidence that Kobe shared with his team and just being fearless on the court. That's the confidence that I wanted, and so from there, I started playing basketball and became a true NBA fan."

Basketball has also played an important role in Harris' life, he said.

"Everywhere I went [while serving], there was a basketball court on the base, so we got the chance to play a lot. Basketball was important because you got to play with different people from different cities. You get to know them and establish your team unity. Just like the way the military is," Harris said.

"The troops make many, many sacrifices for us...their families also. I think it's important to engage with both to show that you appreciate what sacrifices they continue to make," Laker legend and Hall of Famer James Worthy said.

Like many people in Los Angeles, these troops have drawn inspiration and motivation from the late Kobe Bryant and his mamba mentality.

"Kobe means a lot to me... He was a person who strived every day to be his best. He made sure everyone he touched; he left an impression on. I'll continue to live his legacy on each and every day," Harris said.

McLeod said Bryant's mamba mentality is something useful when you're in the military.

"A lot of people think the military is all about being physical. But in reality, it's a mental sport," McLeod said. "If you don't have that mamba mentality when you're at work, then you are not gonna make it."

As a surprise for the soldiers, the Lakers donated equipment such as basketballs, jerseys, and hoops to their air force bases to thank them for their heroic service. They also received a special message from a Lakers legend, Robert Horry.

"Similarities that I see [between professional basketball and the military] are teamwork and leadership. I think when you have a great cohesive unit and great leaders who know what they are doing, it all has the same end goal, whether it's to complete a mission or to win a championship," Savage said.