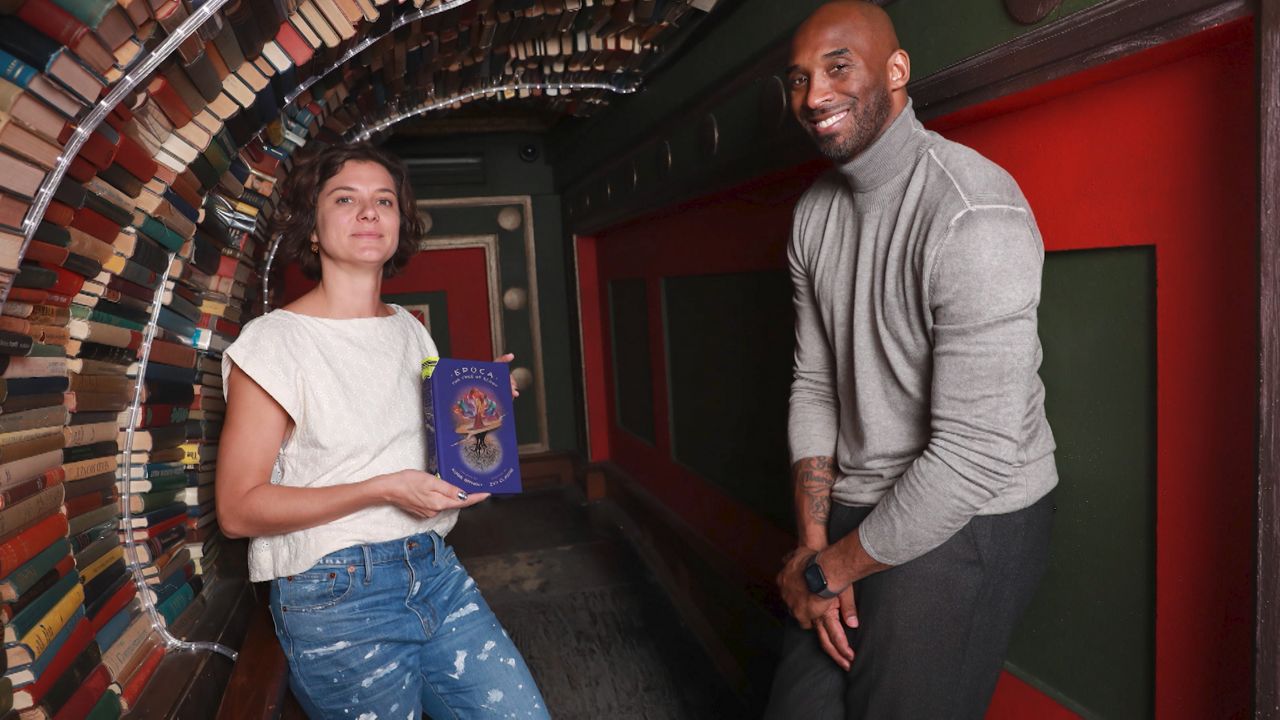 Author Reflects on Writing YA Book Series with Kobe Bryant

LOS ANGELES — Kobe Bryant’s legacy continues to grow even after his tragic passing with the second and final installment of the Epoca book series, Epoca: The River of Sand, which will be released December 15.

The series was created by Bryant and written by Ivy Pochoda, an award-winning author and former world-ranked athlete. In this episode of Beyond The Sport, Pochoda, who also writes under the name Ivy Claire, discusses working with Bryant on the series, Bryant’s passion for using sports and his novels for social change, and writing the final novel while grieving the untimely loss of her co-author.


When Bryant first had the vision for a series on an alternative universe in which young athletes possess superpowers, he wanted to find a novelist who was also an ex-professional athlete to help him write it. Pochoda was a four-time All-American squash player at Harvard University who, after graduation, played professionally for nine years while pursuing a writing career.

"He began to tell me this wild and amazing idea he had," said Pochada. "He also said, in the course of the conversation, that he had chosen me to help him write it."

This was the beginning of what was originally meant to be a series of four novels on the world of Epoca. Pochoda said Bryant was all in throughout the process and was constantly offering ideas and feedback.

"Everything he saw that he enjoyed, he wanted to find a place for in these books," she said. "That’s why we talked all the time, and that’s why, every walk I took or every plane I was on, I had to have my phone on because he always had an idea."

The first novel, Epoca: The Tree of Ecrof, was released in November 2019 and reached #1 on The New York Times bestseller list. In January 2020, Pochoda and Bryant were nearing completion of the second book, which would later become Epoca: The River of Sand, and had finally agreed on an ending.

“He sent me a text with his traditional thumbs up [emoji] saying, 'Let’s go. Let’s get 'em,'" she said. "And that was the last communication I got from him.”

On January 26, Pochoda was running errands with her daughter when she was bombarded with hundreds of text messages saying "I’m sorry," but she didn’t know why.

"And then, when I found out [about Bryant’s passing], I mean, I just fell on the ground and started crying," she said. "It's very odd to mourn a public figure because sort of one-by-one, everyone around me was getting the same news. It felt a little odd because he is a very public person but had these very personal and profound relationships with individuals."

While mourning the loss of Bryant, Pochoda was confronted with the task of finishing the book without him. A decision was ultimately made to rework the ending of book two with the help of Bryant’s wife Vanessa and conclude the series.

"Vanessa was incredibly helpful in this process," said Pochada. "She dove in and read all the books and had great notes she had much deeper understanding of the message he would want to leave behind."


Ultimately, Pochoda said Bryant’s goal for the Epoca books was to reach as many kids as possible, especially those who don’t often see themselves represented in young adult fiction. She believes that with the completion of Epoca: The River of Sand, his goal has come to fruition.

"[The characters] come from all different places in the world," she said. "They come from extreme poverty, extreme tragedy, and also extreme affluence, but everyone struggles, and that’s OK. The struggle is the most important part. You’ve got to get through the struggle to emerge into victory. That’s his legacy."

Epoca: The River of Sand is available for pre-sale everywhere books are sold. More information can be found at https://granity.me/books.