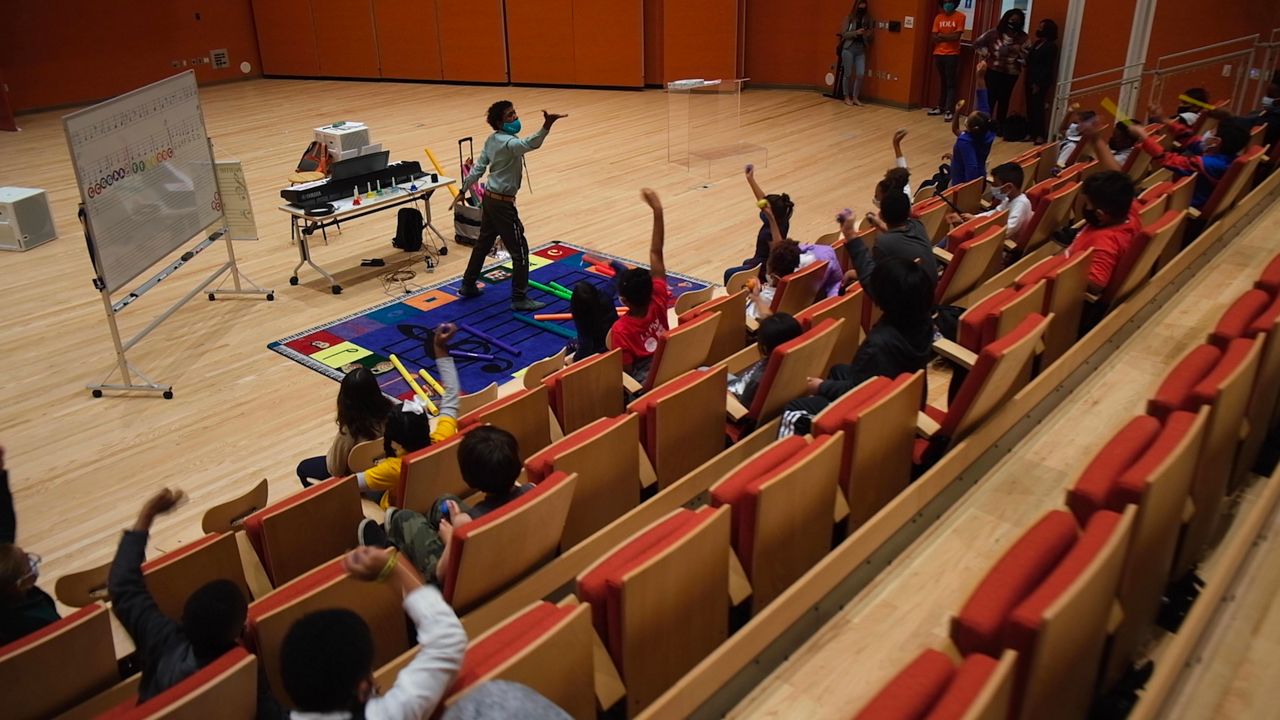 Inglewood's Youth Orchestra LA center has 160 'artists' enrolled, but it will expand

INGLEWOOD, Calif. — Fifth grader Isis Bunn has been coming to her after-school music classes at the new Judith and Thomas L. Beckmen Youth Orchestra of LA Center, or YOLA, in Inglewood for only a few weeks. She is already playing familiar tunes on marimba. Isis loves the sound of the marimba but said it can be hard remembering which notes to play sometimes.

"The hard part is we don't really see the letters on the marimba, so that makes it kind of challenging," said Isis, but she says her teachers are helping her improve. "It gets easier."

Founded in 2007 by Gustavo Dudamel, YOLA is a program of the LA Philharmonic based on El Sistema, the public music education program from Dudamel's native Venezuela.

Once a bank, then a hamburger joint, the YOLA building was converted by Frank Gehry into a state-of-the-art learning center where students are called "artists" to encourage a reverence for their musical activities.

Moses Aubrey, who plays double bass, started as a YOLA student. Following his studies at UCLA, he decided to pay it forward by returning to work and teaching at the YOLA Center, a musical eco-system where learning is not necessarily focused on creating musical prodigies.

"It was really cool to see how much the students have come together not only musically, but as a community as well," Aubrey said.

"It's been about a month now and it's crazy to think that students who didn't know each other are now as good as friends could be."

Aubrey does all kinds of jobs here, including traffic control as parents come to pick their kids up. One hundred and sixty artists are enrolled at the center, mostly Inglewood locals, but that number will expand, and Inglewood Mayor James T. Butts said he is already excited for YOLA's future.

"I look forward to the community being uplifted by this building and what goes on inside of it," Butts said. "It upgrades the brand of the city, it creates community pride and it's something unique for the residents of Inglewood."

Isis said she wishes she could spend even more time learning here.

"As a kid, I didn't really know what I was gonna do when I grew up," Isis said. "And now, I figured I finally find something that interests me, and maybe I get to keep on doing it from now on."