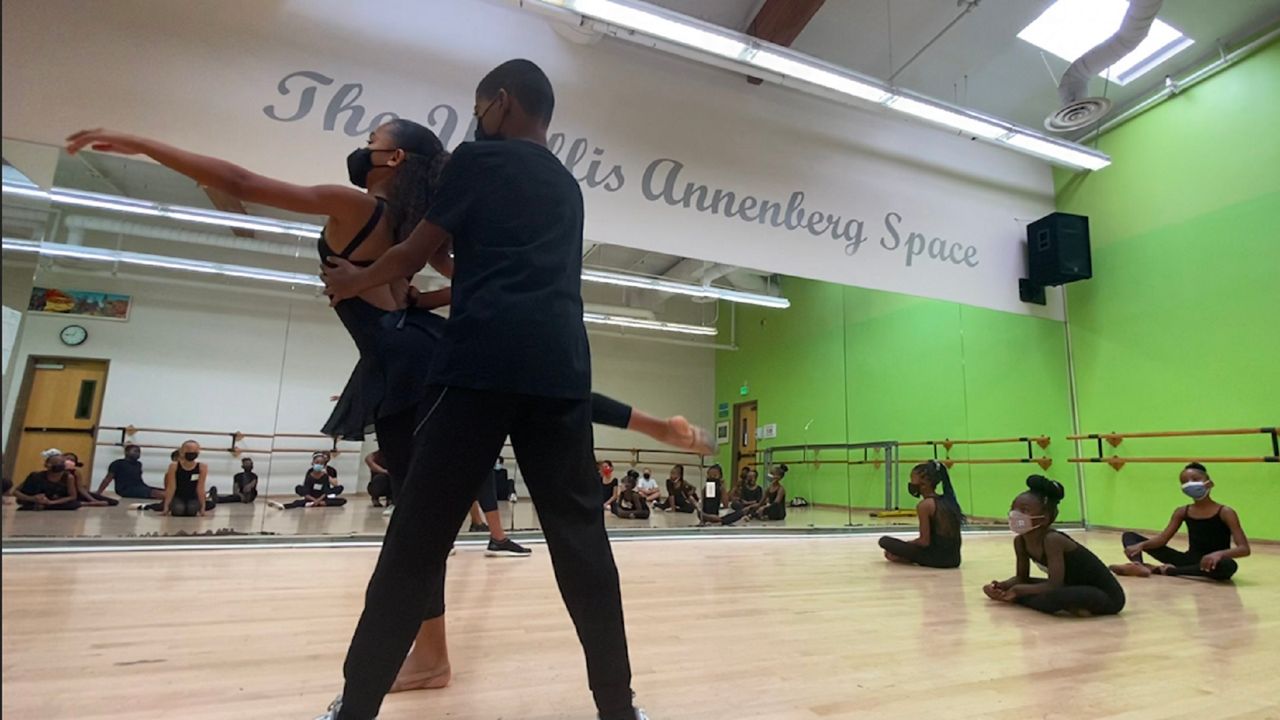 At 11 years old, Shane Smith is a hip-hop dance prodigy.

"Dancing is basically just in my blood because my grandmother taught my grandfather how to dance," Shane said.

He started dancing at The Debbie Allen Dance Academy, or DADA, in 2018.

That's where the iconic dancer and choreographer, Debbie Allen, challenged him to learn ballet and modern dance.

"There's some kids that I want to mold and shape," Allen said. For 20 years, Allen has trained gifted young performers at DADA for world-class careers in dance and theatre.

The internationally recognized director, choreographer and dancer is bridging academics and the arts with The Debbie Allen Middle School. Her performing arts school equally focuses on both rigorous academics and arts.

When Allen opened The Debbie Allen Middle School this fall, Shane was one of the very few students who didn't have to audition in front of the grande dame.

His undeniable talent earned him one of the 15 coveted spots in the inaugural 2021 sixth grade class.

Shane was also awarded a scholarship to cover the $25,000 tuition.

The idea of a middle school dedicated to dance and theatre has been 10 years in the making, Allen told Spectrum News 1.

She said she was driven by the decline in performing arts in schools across the nation. Nearly 9 out of 10 schools in California do not offer a visual or performing arts curriculum.

In LAUSD alone, one-third of the district's art teachers were let go by 2012. But Allen believes the arts should be just as important as academics, and if students have the talent, it must be refined early on.

"Getting them young is when you can really connect them to the world of discipline, working in a group, taking criticism and not falling apart. To the world of this is my goal," Allen said.

Surprisingly Shane's ultimate goal isn't a specific career or achievement, but as he's learned from his teacher, whose name is synonymous with excellence, it's making a difference.

"I just want to be a successful person in life who also makes a big impact," he said.

Next year The Debbie Allen Middle School will move into a brand new 24,000 square foot facility near Koreatown with five state-of-the-art dance studios.