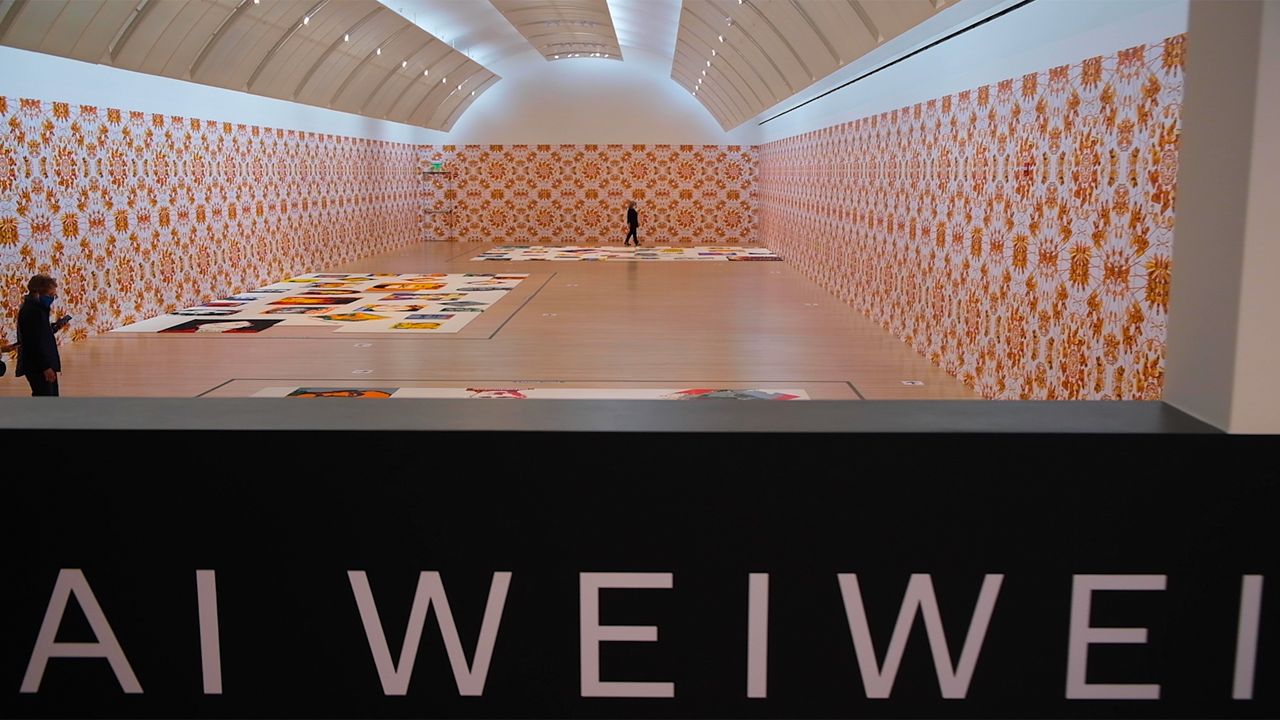 'Ai Weiwei: Trace' pays tribute to those who have stood up to injustice in their communities

LOS ANGELES — In 2014, artist Ai Weiwei created an installation of 176 portraits of activists, prisoners of conscience and advocates of free speech, all bound by their anti-authoritarianism, some famous, some ordinary citizens. It is called "Ai Weiwei: Trace." Weiwei was under house arrest at the time of creation for being openly critical of the Chinese government. Now, 83 of the original 176 portraits, all created out of Lego bricks (600,000 or so), are on view at the Skirball Cultural Center.

Weiwei characterizes the names here as heroes of our time for standing up against injustice. Curator Yael Lipschutz said that although we might recognize some of the faces here, many of them are individuals unfamiliar to the public.

Names like John Kiriakou,“…who publicly discussed the United States’ use of the suffocation technique known as waterboarding,” explained Lipschutz. “And for that, the United States government put him in prison.”

Imprisonment and surveillance are recurring themes, highlighted by the wallpaper that adorns the walls of the installation, also designed by Weiwei and playfully called “The Animal That Looks Like a Llama But Is Really an Alpaca.” The intricate patterns of the wallpaper features embedded surveillance iconography and, if you look closely, a reflection of the artist himself. But why Lego?

The juxtaposition of the innocence of the Lego and the seriousness of the subjects sends a powerful message, Lipschutz explained.

“To use Legos to highlight human rights is something that is subversive and I think powerful,” she said, “and also a way for young visitors here in Los Angeles to think through these subjects in a way that they might be able to understand and tap into. It's an opportunity to learn about struggles that we're not familiar with, around the world, and I think an opportunity to reflect on what we can do as citizens of this planet.”

Ai Weiwei: Trace is on view for time-reserved entry at the Skirball Cultural Center until August 1.