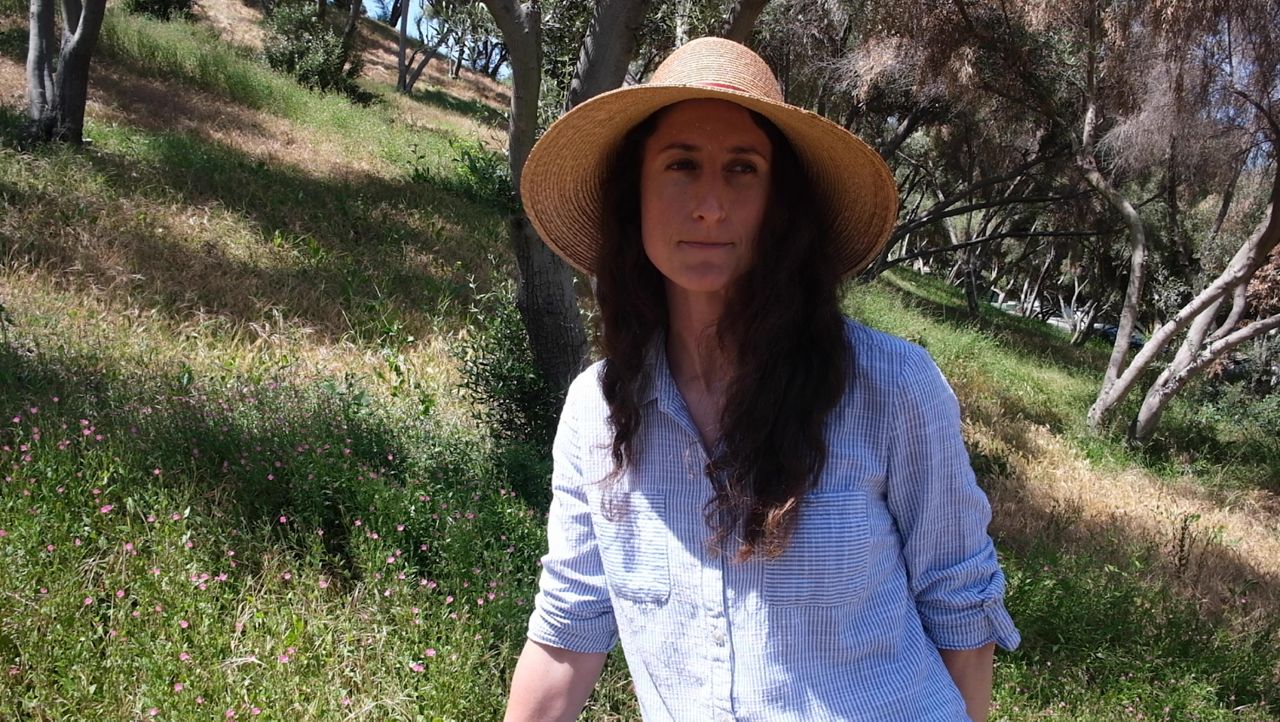 Historic olive grove at Barnsdall Art Park is getting some love

HOLLYWOOD, Calif. — It is a green oasis in the middle of the city, and now the historic olive grove at Barnsdall Art Park is being restored. LA Parks Foundation project manager Katherine Pakradouni is part of the team that is caring for the 333 trees on the site which also includes Frank Lloyd Wright’s Hollyhock House, now celebrating its 100th anniversary.

Pakradouni pointed out some seedlings sprouting up in the grove, the offspring of some of the original olive trees planted more than 100 years ago on Olive Hill which is now known as Barnsdall Art Park.

“There are a lot of challenges to doing any kind of ecological work in a city that's so concreted and asphalted over,” Pakradouni said.  “If you take a Google Earth image of this park in particular, you’ll see it’s one of the only green spaces in a sea of concrete.”

They are calling it The Olive Grove Initiative and the first part of the project assessed the health of the site and the trees in order to determine the continued viability of the grove.

“It's one thing to plant trees. It's another thing to really understand why the trees that are here might be succeeding or failing,” Pakradouni said.

Disease was ruled out as the cause of some unhealthy trees, but then the team looked at other factors, like irrigation, that will help in the restoration process.

“So, now we get to say, ‘Okay, this olive tree grove, which is such an important historical feature of this site, can stay. We just need to adjust our horticultural practices to make sure that it's thriving,” Pakradouni said.

Much of the irrigation system was found to be faulty, so it was revamped to deposit water deeper into the soil to minimize water wastage and the effects of drought.

The olive grove is just part of the 11.5-acre site that includes Wright’s Hollyhock House. The Barnsdall Art Park Foundation’s Daniel Gerwin said the site is a good example of the way in which Wright’s structures interact with surrounding landscapes.

“Frank Lloyd Wright incorporated the existing olive plantings into his design for the landscape here,” Gerwin explained. “It's a really important part of his legacy, a place to see where Frank Lloyd Wright's landscaping is visible the way he thought about that in relationship to his architecture.”

“This is a concrete jungle here,” Gerwin said. “There is very, very little green space. So, this park is such an important resource for the people who live in this part of the city.”

The Barnsdall Art Park is Los Angeles’ only UNESCO World Heritage Site and the Olive Grove Initiative will help to ensure the site's continued legacy for generations to come.