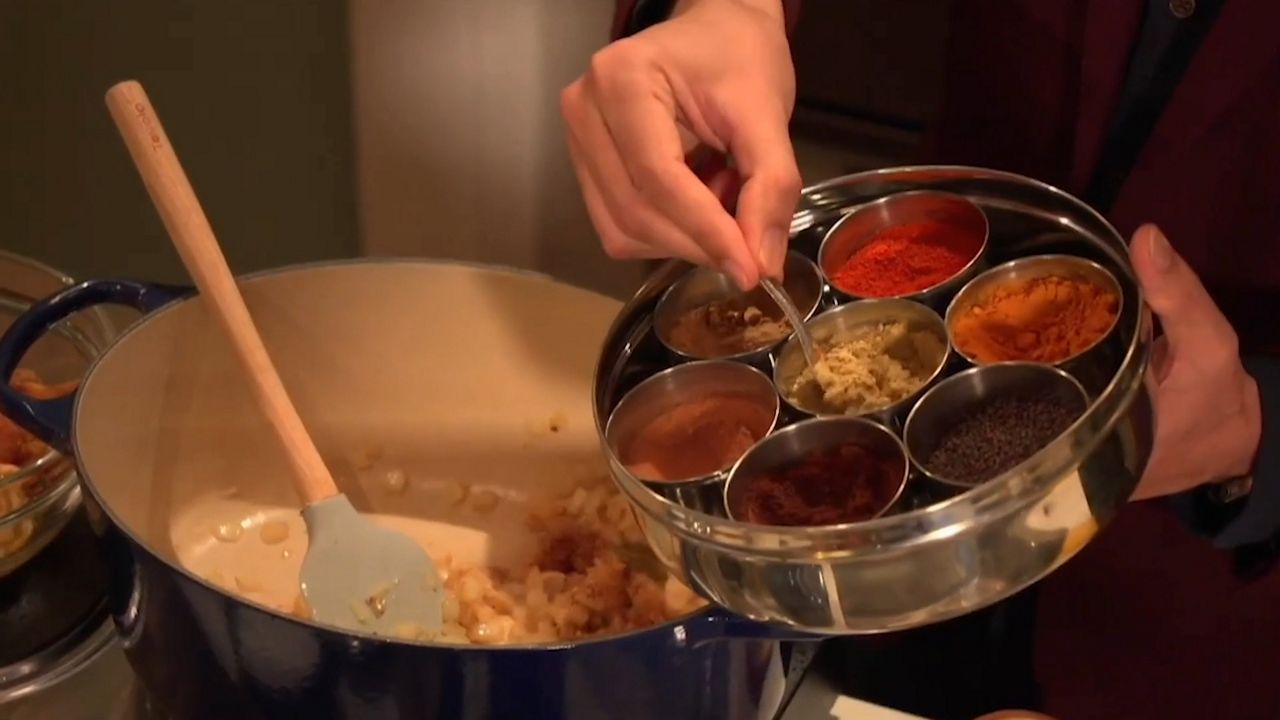 "Bollywood Kitchen" Turns Virtual Theater Into a Feast for the Senses

LOS ANGELES — Wendy Holley and her husband Aaron Zelman love to go to theater. They miss it a lot.

“We had big plans for 2020,” Holley said with a sigh, “and everything got canceled.”

“Hamilton!” Zelman shouted from another room – the first of several shows they had tickets to but didn’t get to see.

The couple also loves to cook. They have a binder filled with favorite recipes, but aren’t afraid to attempt new things, including Indian food. Their attempts have been pretty good, they admit, but never as good as what’s served at their favorite restaurants.

“So we mostly do take out,” she said.

But not this time. On a Friday night in January, they fired up the stove and their laptop and got to experience two of their favorite things at once.

Bollywood Kitchen is the newest interactive production from the Geffen Playhouse. Think of it as dinner theater, with a twist. Prior to the show, depending on their ticket level, audience members are sent a box which in itself is a feast for the eyes, full of color and authentic Indian spices.

Those spices are what make Indian food stand out for Holley. “The cardamom, the turmeric, just an explosion in your mouth!” she said. “And the color. Look at that.”

As instructed, Holley followed the enclosed recipe cards, making a few things in advance like the perfect basmati rice.

“I’ve never made rice that looks that pretty,” she said as she removed the lid of the pot. “That was stunning.”

At 7 p.m., the virtual curtain went up and suddenly she was transported to a kitchen 3,000 miles away.  Author and filmmaker Sri Rao greets his guests from his kitchen in Hell’s Kitchen, and walks them through the preparation of a few recipes from his cookbook – starting with Mumbai mules, which Zelman garnished with fresh mint from his garden. 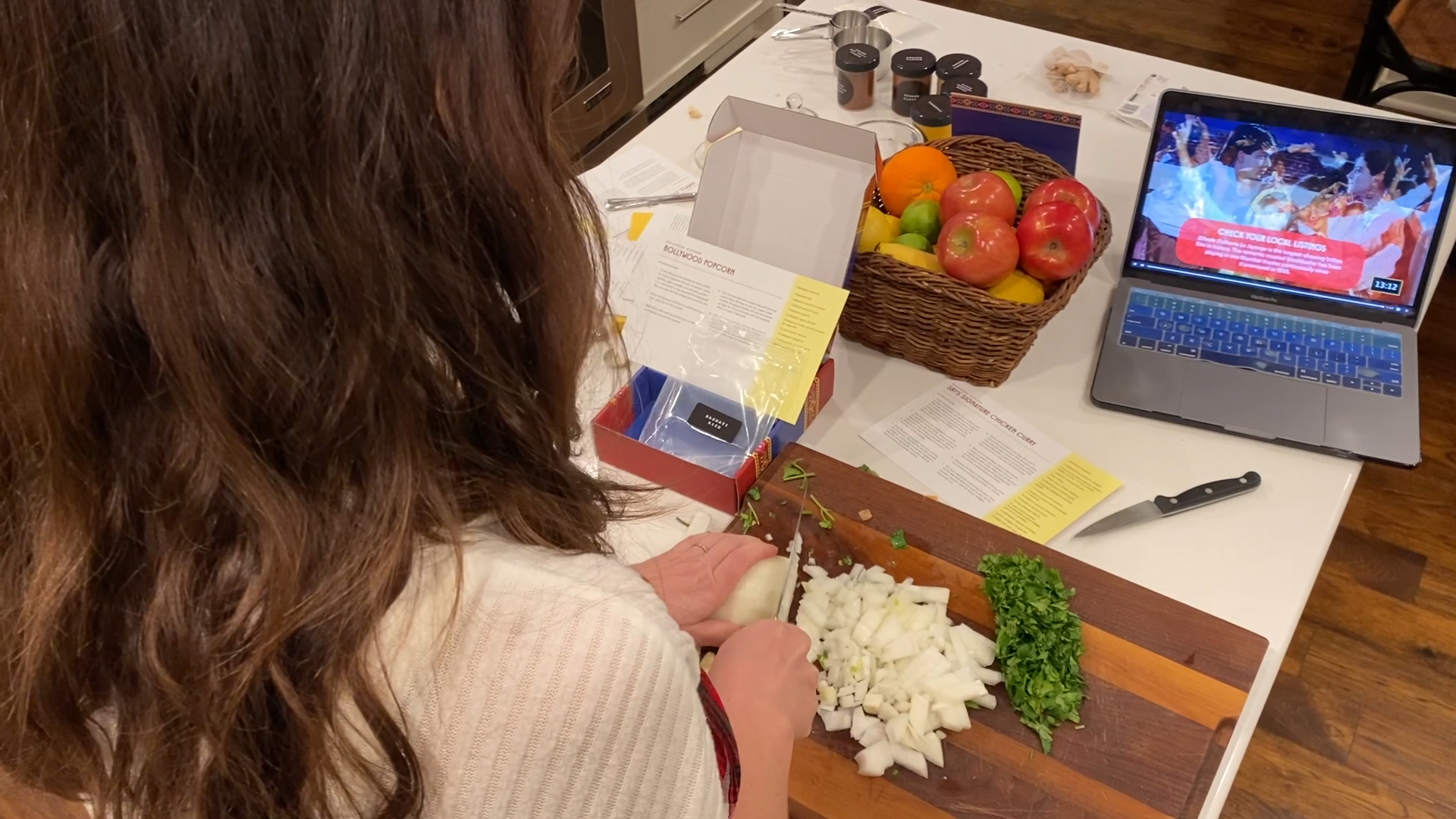 “Oh, those are beautiful!” Holley said as she lifted her glass. “Cheers!”

For Rao, this is the dinner party he’s been hungry for.

“I haven’t been able to have folks over to my house for over a year,” he said, “and I wanted it to be an experience where we could all get and have some good food, a couple of drinks, listen to some great music, and then share some intimate moments specifically around my story of my immigrant family’s experience.”

Storytelling is the main ingredient in Bollywood Kitchen. This is not a cooking show. This is a glimpse into Rao’s childhood in a Pennsylvania town he described as being 99% white, into his parents’ marriage and immigration story, and how a piece of technology changed his life.

“They said it was called a VCR,” he tells the audience as he poetically describes it’s chrome knobs and mechanical movements. This machine, he said, introduced him to his own culture by way of the Bollywood films his family would watch each night after dinner.

Rao himself was born in Pennsylvania although he’s continually asked where he’s originally from. Over the past few years, he’s felt the divide, particularly in his hometown, grow deeper and it forced him to reexamine his childhood experience through a different lens.

“And now I am able to piece together the overt and subtle racism that I experienced as kid in that community,” he said, “and the racism that has unfortunately become a lot more pronounced in my hometown in the last four years.” 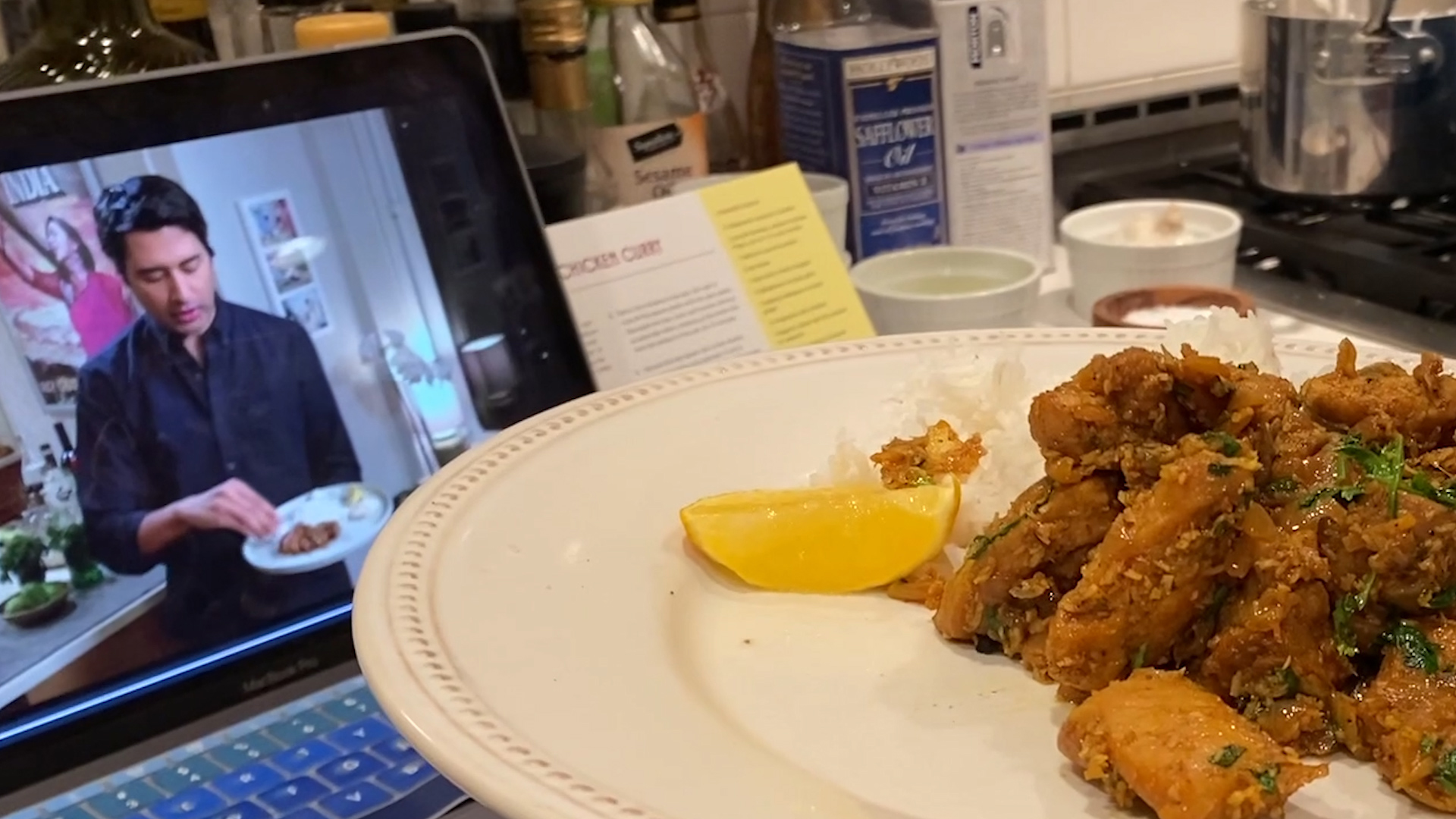 All of this is simmering as he weaves together his family’s story while seamlessly taking breaks to walk the audience through the next steps of the recipe.

In a way, the pandemic made this show possible.  In a live theater, you’d watch him cook.  Here, the audience cooks with him, some even interacting from their own kitchens.

This is as immersive as virtual theater gets.

“We are literally cooking together and you are smelling all the aromas and you’re tasting all the food and your seeing all the colors of the spices,” Rao explained. “I can see many of the participants in their kitchens, in their living room and that’s an incredible connection that is very welcome during the pandemic.”

It also furthers the message of the show. Food, Rao says, is how we tell stories and recipes are conversations.

“The recipe that I make that is my mother’s is a conversation I am having with her,” Rao said. “If you have an apple pie recipe or a pierogi recipe from your grandmother or your aunt, every time you make it, it’s like you are continuing a conversation with her.”

Back at Holley’s house, the conversation turns to dinner. “It’s really good,” she tells Zelman between bites. She eats with a fork even though Rao demonstrated how to eat chicken curry and rice with your fingers by flicking the food into your mouth.

By the end of the night, she and her husband were full of curry and nostalgia.

“It’s just like a really interesting way to engage and cook and just connect,” Holley said. “It’s a pleasant surprise.” 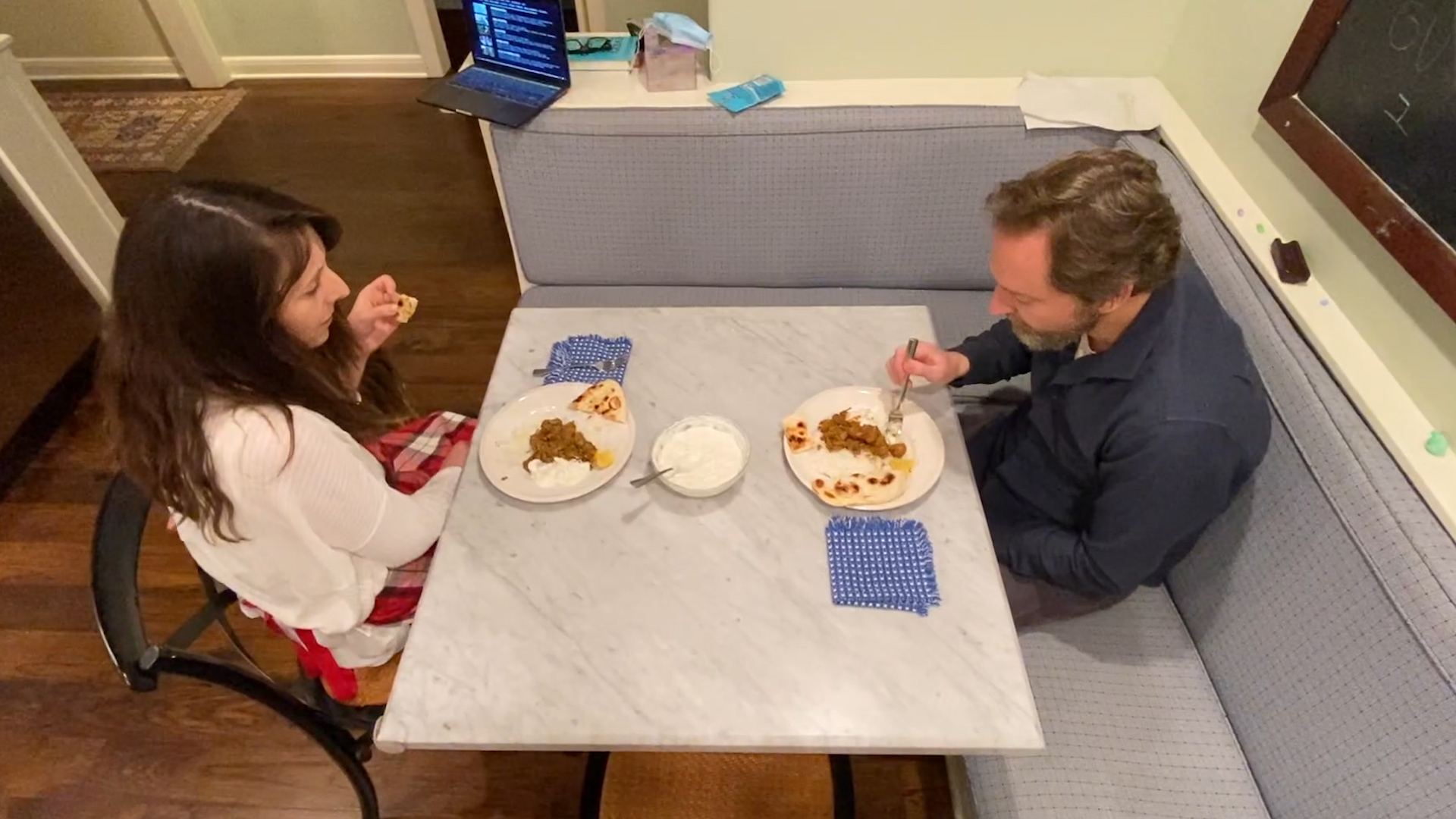