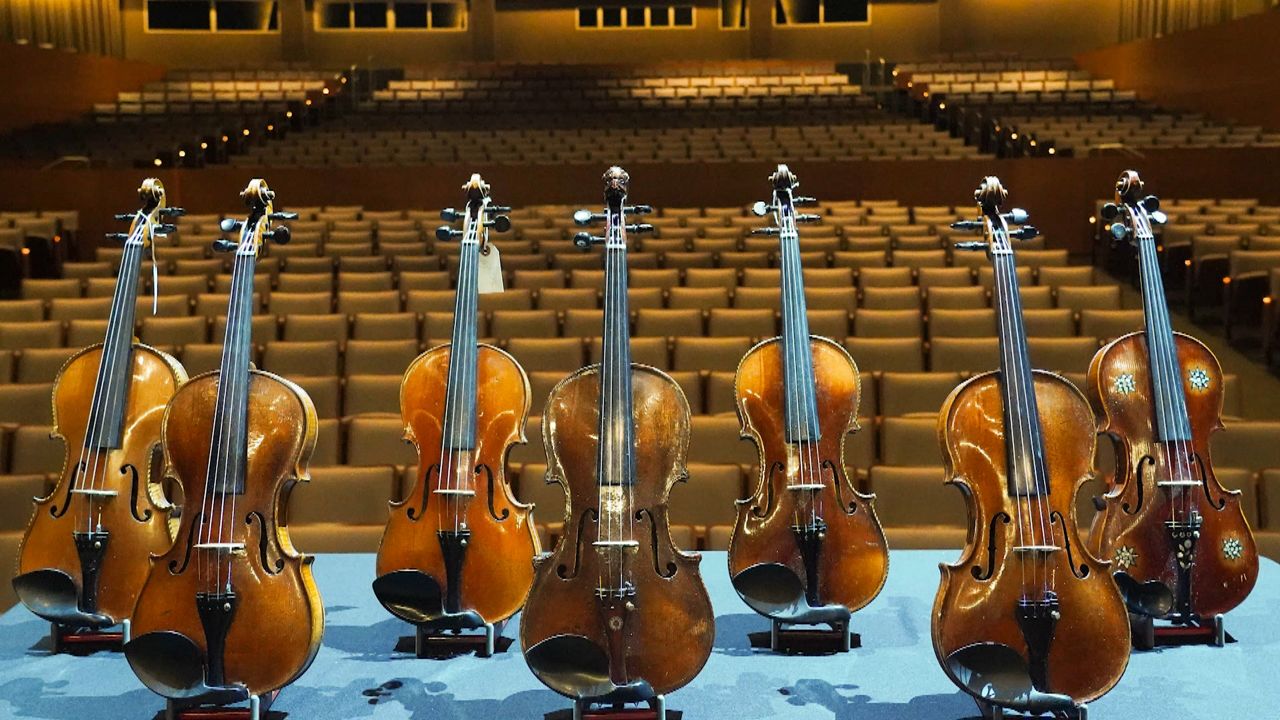 SANTA MONICA, Calif. — During one of their many conversations, violin maker Amnon Weinstein told playwright Lisa Pearl Rosenbaum that every piece of music played on one of the Violins of Hope says “Never again.”

But none of those instruments would be played today if it wasn’t for the Weinstein family’s role in rescuing and restoring them.

“He alone, well, with his son, took these violins — they’re broken instruments mostly — and brought them back to life,” said Rosenbaum. “It’s an extraordinary thing that he’s done to not just restore these instruments but to put them in the hands of musicians all over the world, so we can hear them again and hear them the way their original owners heard them.”

Many of the stories behind the dozens of violins — which were owned by Jews before or during World War II — have been documented, but until Ronda Spinak of The Braid (formerly Jewish Women’s Theatre) contacted Rosenbaum to write a play about the project, Rosenbaum didn’t know it existed.

"I was immediately intrigued by it because the violins are all stringed survivors of the Holocaust, and they each have a story to tell." said Rosenbaum.

The play is called Stories of the Violins of Hope, but Rosenbaum noted that it’s really Weinstein’s story that serves as the backbone. Her writing is based on many long phone calls with the Tel Aviv-based violin maker who is now in his 80s — and she said it didn’t take long to gain his trust.

“My husband’s family are all Holocaust survivors, so we immediately had a kind of rapport,” said Rosenbaum.

She explained how she and Weinstein spoke for hours over Whatsapp, and she was taken by how poetic he is.

"He talks about how the violins breathe," she said. "They’re living things."

The play was originally intended to be presented last spring, planned during what was meant to be a series of events surrounding the collection’s visit to Southern California. Of course, all of those events were cancelled due to COVID-19, and after months in secret storage beneath the stage at the Soraya theater, the violins were returned to Tel Aviv.

But Rosenbaum’s play will go on, now over Zoom. In addition to seven actors, the live-streamed production features music by the Los Angles Jewish Symphony Chamber Players, recorded in a COVID-safe, socially distanced environment. Violinist Niv Ashkenazi plays the only violin from the collection currently in the U.S.

Spinak, The Braid’s co-founder, explained that she sees the virtual event as a way to get the violins — and the story — before an even bigger audience.

"People from all over the country can zoom in and see the show, and so given that Niv is playing the one Violin of Hope that still remains in this country, this is pretty special," she said.

“The cast actually tells you their story, straight to the camera, straight to you, to your heart,” she said. “To be able to see a show of such poetry and remembrance and hope is really truly a gift.”

And that’s what this is — a story of hope and a message Rosenbaum thinks audiences need right now.

"Especially at this time when we are living with so much loss and so much brokenness, there is a power in hope that things can be restored," said Rosenbaum.

She feels these violins are a perfect, living, breathing, poignant example of that.

Stories From the Violins of Hope will be live-streamed Sunday, January 31 at 2 p.m. For information and tickets, visit here.