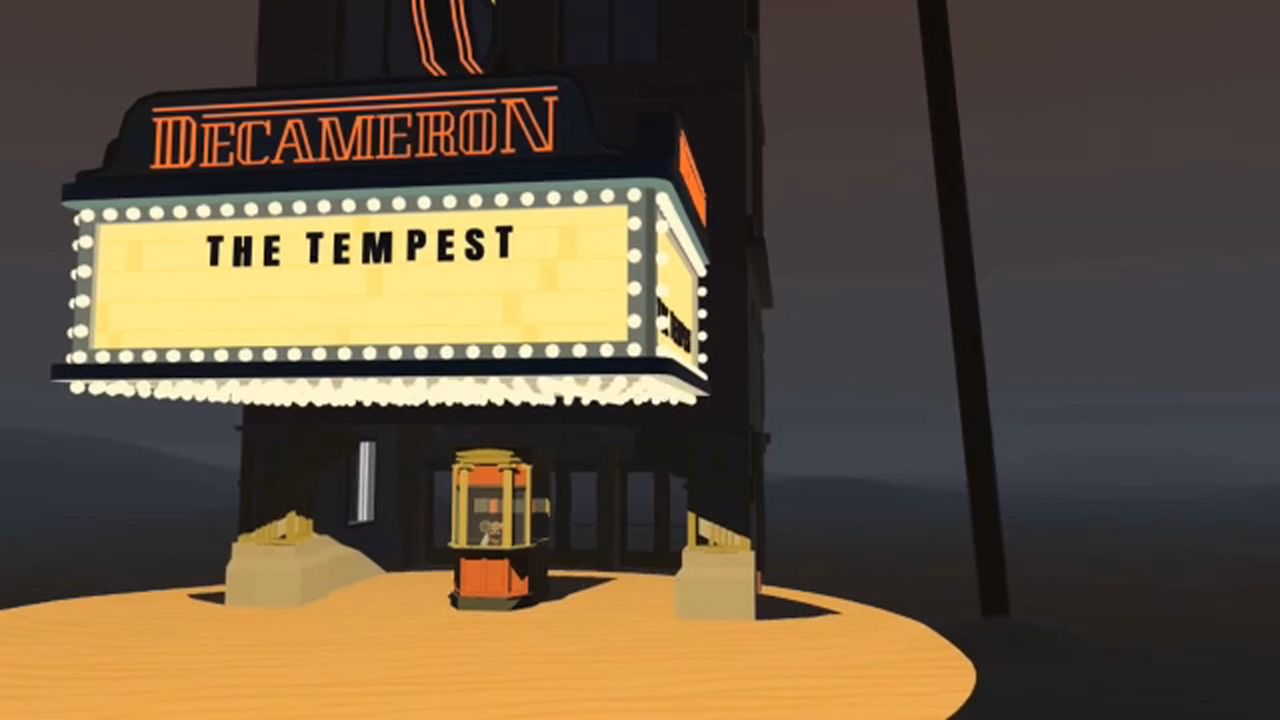 LOS ANGELES – In Shakespeare’s The Tempest, Miranda marvels, “O brave new world, that has such people in it!”

Isolated for most of her life, Miranda is astonished to finally find herself in the company of others. After months of social isolation, it’s easy to imagine how she felt when one is greeted by the exuberant Deirdre Lyons in her animated avatar form.

“Hey there Spirit Alpha!” she shouts, in a voice that is clearly used to being projected through a theater.

Lyons has been acting as long as she can remember but virtual reality is a new stage in her career and a new stage…period. She’d been working in immersive theater when she noticed friends were getting cast on a VR project called The Under Presents.

“So I started doing some research on the computer,” Lyons said. “I’m like, 'what is this?' And I started going, this is really cool!”

The Under Presents is an experience created by the L.A. based art and game studio Tender Claws which aims to take emerging technology and push the bounds of what’s possible. And co-founder Samantha Gorman says in VR, pretty much anything is possible.

“For instance,” Gorman explains, “the actors are able to snap and teleport the entire audience to somewhere completely different.”

Their Tempest doesn’t exactly stick to the classical script. Lyons plays herself, an actress impacted by the pandemic. All of her productions have shut down, she tells her visitors. Only one project remains: a production of The Tempest in which she’s been cast in the lead.

In reality, 11 different actors rotate the role during performances which take place four times a day, seven days a week.

“I am one of the Prosperos, Prosperas or Prosperi as they might be called,” Lyons joked.

She enlists the audience to help her rehearse, demonstrating for them how to maneuver in her virtual setting. “Take down the top mast,” she calls, waving her arms through the air. “Look at me. Look at me. Like this.”

She gives them parts and direction but what she’s actually giving them goes a lot further than their Oculus headsets.

“So nice to have people here,” she says in her empty living room, her face lit with a bright smile no one can actually see.

The virtual production gives visitors, and Lyons herself, a chance to interact, to engage, to have a communal experience from the safest possible distance.  And people definitely embrace it.

“One of the most popular things to do in both The Under and The Tempest is give each other hugs,” Gorman said with surprise.

Lyons has witnessed it, even been a part of it, and explained that “when we see something in VR and we reach out to hug someone, part of our brain recognizes what it felt like to do it and it supplies that emotion, that feeling of hugging.”

The Bard may not recognize his play or the controllers in Lyon’s hands but she thinks he would be tickled to see how his work has evolved from the Old Globe to being performed virtually for audiences around the globe.

“People are hungry for that connection,” she said, “and this offers that escape from the real world which is nutty right now. To be able to put this on and go into a whole other world is a bit magic.”

The magic of theater happening right before their eyes.

The Under Presents: Tempest requires an Oculus Quest or Oculus Rift. Shows run through September 30.