To casual drivers-by, the Best of L.A. wall on South La Brea Avenue is merely a colorful tribute to Los Angeles. A frenetic mashup of road signs, L.A. iconography and splattered, spray-painted advice to “follow your heart,” “never give up,” and “believe,” there’s so much going on, one really needs to pull over and park to take it all in.

“Los Angeles, there’s so much to talk about and see, so I’m sorry if I forget a lot of things,” said Thierry Guetta, an Angeleno by way of France who translates his joie de vivre into over-the-top expressions of artistic exuberance as his alter ego, Mr. Brainwash. The Best of L.A. wall with a pink heart bursting out of its center is his most recent building-sized creation, based on the L.A. Magazine cover he crafted to celebrate the city’s top picks.

And in the very near future, there also will be a new Mr. Brainwash Museum, in the former Museum of Television and Radio at the corner of Beverly Drive and Santa Monica Boulevard in Beverly Hills.

"I wanted to do something back in L.A.," said Guetta, who first came to prominence with a sprawling art show at the former CBS Studios on Sunset Boulevard in 2008, when his giant renditions of spray paint cans and various Andy Warhol derivatives drew 4,000 people, sold nearly $1 million of art by the end of opening week, and sealed his legacy as an art star. 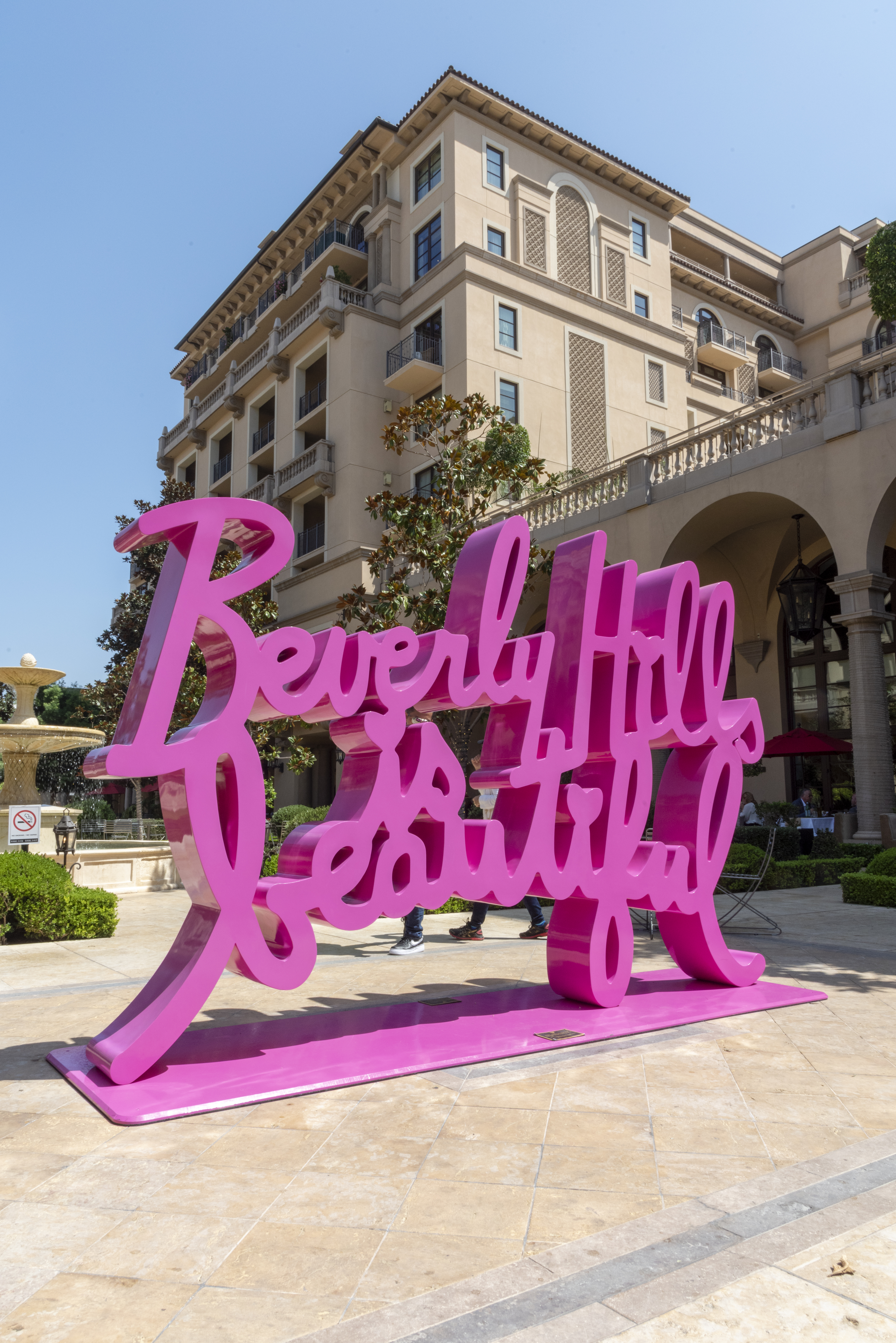 His reputation has only grown from there, as the subject of the 2010 Banksy documentary, "Exit Through the Gift Shop," and with solo shows in Amsterdam, London, Milan, Seoul, and other locales that have brought him international acclaim.

"After I did different places, different countries, I wanted to do it back here, so it was the right place that fall in my hands, like Cinderella with a glass shoe," Guetta said of the building designed by Richard Meier that will soon be home to the Mr. Brainwash Museum. "It’s not too big, it’s not too small, it’s the right thing. It’s history. It’s a building that’s done from one of the best architects in the world." 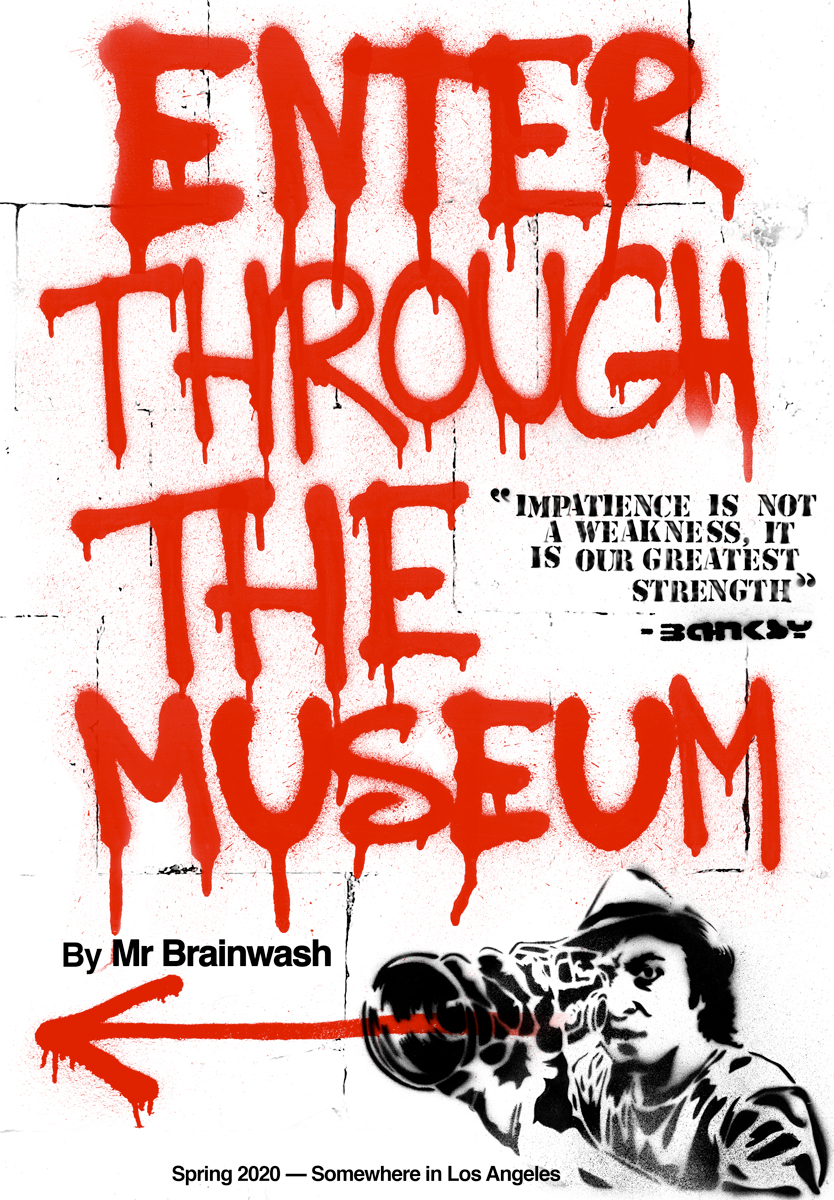 The museum was supposed to open in the spring but was delayed by the COVID-19 pandemic. Representatives say Guetta is currently in the midst of installation, transforming the 26,500 square foot space into a showcase for his own work and, eventually, to present other artists.

In the meantime, there's the La Brea wall that has been the site of several short-lived, if larger-than-life, Mr. Brainwash murals. Earlier this year, it was a tribute to Kobe Bryant and his daughter Gianna, which disintegrated in the rain as it was being held in place with wheat paste. The pandemic inspired an equally short-lived replacement that read “Stay at Home, Life is Beautiful,” then, simply, the word “hope” tethered to a helium balloon with an American flag as its image. 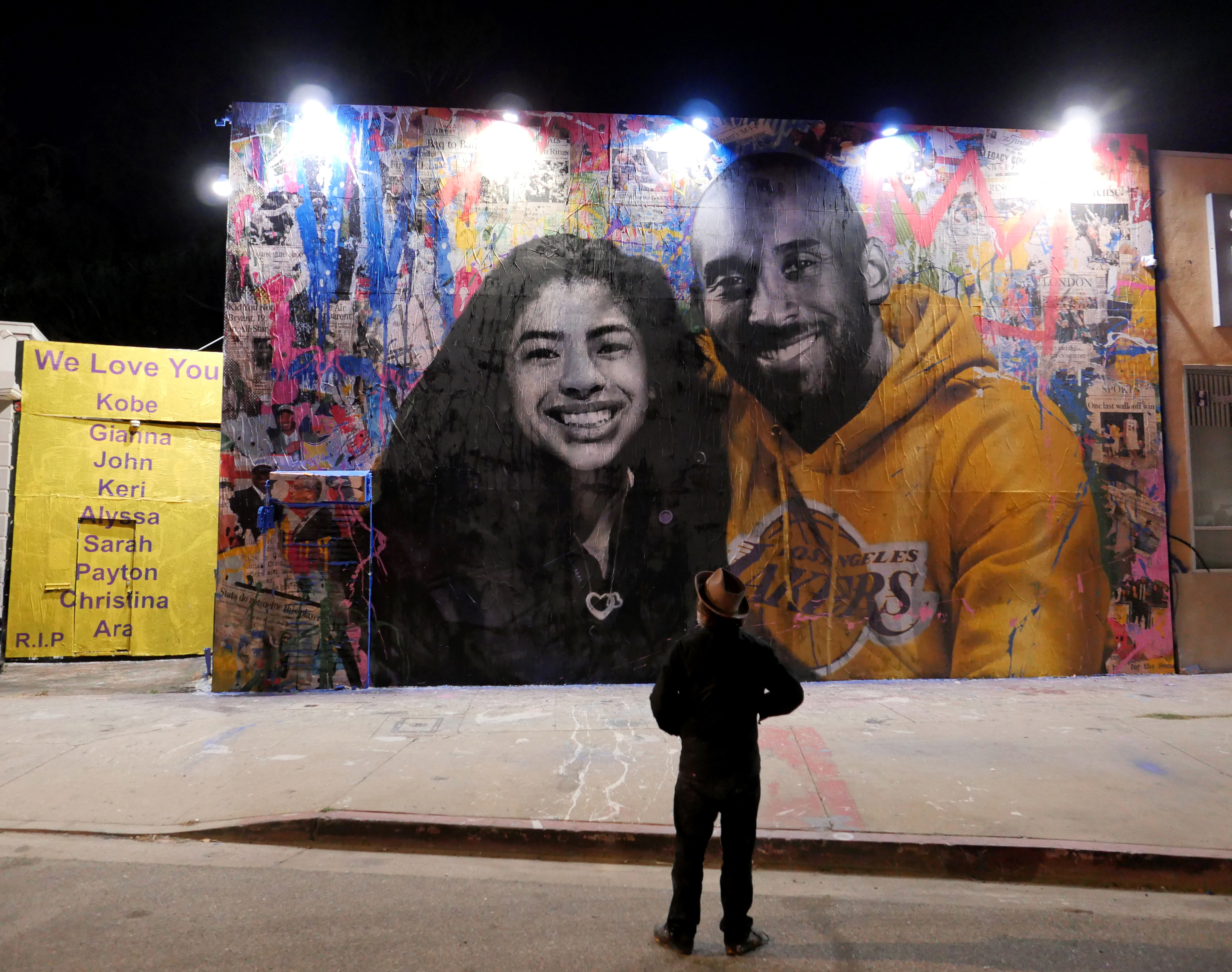 “We need positivity,” Guetta said of the main theme driving his art. “Behind the bad, there is always something very good. We just have to be patient about it. Life is beautiful. That’s all it is.”

With a worsening pandemic, a deepening economic crisis, and ongoing strife over racial injustice, they’re words to cling to — and to see up close in Guetta’s art. Whether it’s in photocopied spray paint on the Best of L.A. mural or in 3D hot pink cursive for an ongoing installation on Rodeo Drive in Beverly Hills, “life is beautiful” is a recurring theme. 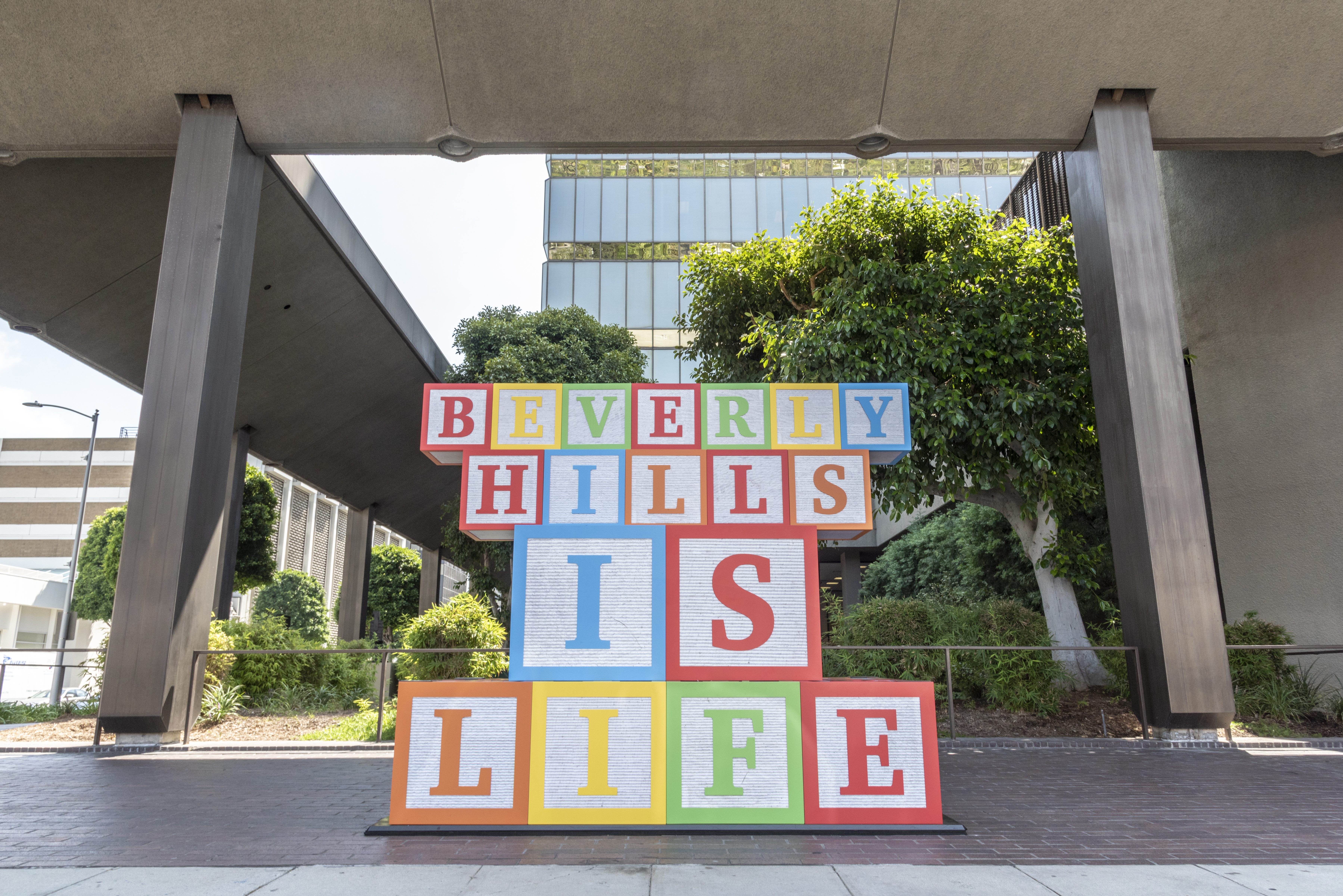 These days, Guetta doesn't do as much street art as he once did, but he applauds the artists who are out there, saying how they feel in paint, using plywood, alley walls, even the asphalt as their canvas.

“It’s all good,” he said. “It’s better to do something on the wall than do something that can do more hurt somewhere else. To express yourself with some color never hurts.”